Snooker
News
Whoever the Scotsman draws at the Betfred World Snooker Championship, prepare to be on the edge of your seat
Rob Walker
10:00, 09 Apr 2021

Stephen Maguire is as old school as it comes as a snooker player. He’s not interested in social media, punditry or being recognised on the street.

In fact, unlike so many other sportsmen and women in the modern world, if you told him he could carry on his career but never had to appear on TV for an interview or post match press conference ever again, he would bite your hand off.

He loves his family, loves playing snooker and likes the occasional “bevvy.” That’s about it. And I must admit, I really love the simple honesty of that approach.

I’d rank him alongside his good friend Mark Allen as two of the most eye-catching break builders of the modern game when they’re in the mood and in the balls.

As a result of his individual approach and penchant for the occasional night out on tour, quite a few people say the man who burst onto the spotlight in 2004 (with his eye catching 10-1 win over David Gray to lift the UK title) is an underachiever.

That’s a valid question and one he’s had to answer many times over the last decade.

He had already lifted the European Open earlier in 2004 and he then followed up that maiden Triple Crown victory at the UK Championships by winning the Northern Ireland trophy in 2007 and the China Open in 2008.

Other appearances in major finals followed, but it’s then that the big gaps between silverware appeared. His next trophy lift came at the Welsh Open when he won a nail biting decider against Stuart Bingham in 2013, having lost in the final to John Higgins two years earlier.

There was a lot of emotion that evening, as there always is with the fiery Scot, as he punched the table with a mixture of relief and delight having secured the all important deciding frame and title. He’d reached five major titles after 15 seasons on tour, but for the rest of the decade that’s where he remained.

Over the years that followed the Welsh Open win, I can remember he himself saying that maybe he just wasn’t good enough to be considered as a major contender anymore. He was beginning to think of himself as a perennial quarter finalist, destined to edge towards the final weekend but always fall short.

His record at the Betfred World Snooker Championship mirrors that. 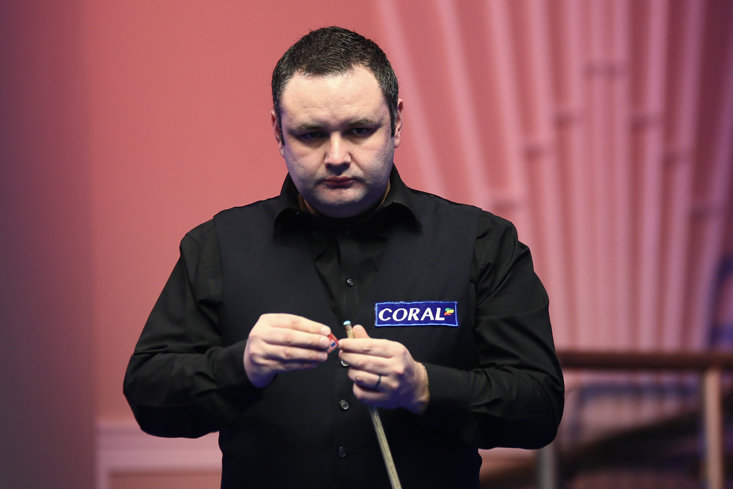 One of the countless times he was asked about the barren spells and unfulfilled potential, I remember the reluctant interviewee coming up with a brilliant answer. He simply said, “Some people may think that and fair play to them, but I’ve had a lot of fun and created some pretty decent memories along the way, I think!”

Accompanied by a grin which said much more than those philosophical words, you got the idea how he views criticism of how he lives and plays.

So the familiar pattern of a few decent runs and a few decent nights out continued for the latter part of the last decade. Until last season, when he reminded everyone, including himself, that he is a class act who is far from finished at the top of the sport.

The 2019-2020 campaign turned out to be the best of his career by far. He got off to the perfect start, winning the 6-Red world title against good friend John Higgins, with whom he then won the World Cup for Scotland.

Then in December that year he made his first appearance in a UK final for 12 years, coming up just short against a Ding Junhui in inspired form.

Yet just a few months later, he had to thank Ding for accidentally contributing to what I believe is his finest moment in the sport. As a result of their battle to that UK final, Ding found himself ranked eighth in the world on the one-year-list and therefore qualifying for the last spot available for the Tour Championships in Llandudno in March 2020.

Maguire was immediately behind him in ninth, therefore just missing out on one of the sport’s most prestigious events, but as the world reeled from the impact of COVID, the Llandudno tournament was postponed and when it was rescheduled for June, Ding decided not to travel back from China to participate. His place went to Maguire and the rest is snooker history. Maybe it was just meant to be.

With the best run of his career, he stormed to a first major title in seven years, producing a then record six centuries in a best of 17 match in his victory over Neil Robertson, before smashing his way past world number one Judd Trump in the semis and beating Mark Allen 10-6 in the final.

Not only did he secure the £150k winners cheque, he also picked up the overall series bonus of £100k. Alongside his highest break prize, he emerged from the Milton Keynes bubble that summer more than a quarter of a million pounds richer.

Perhaps most importantly of all, he reminded the snooker world that on his day, he is still a major danger man.

After the manner of that victory many (including myself) had high hopes for his Crucible campaign two months later, but in line with the unpredictable nature of his entire career, he was hugely disappointed to bow out in lacklustre fashion against a rejuvenated Martin Gould, who won their opening round match convincingly 10-3.

In contrast to last season, this campaign has been a poor one, by his own admission. The man who initially looked to have benefited from the lockdown behind closed doors set up, began to struggle with the endless weeks in Milton Keynes.

He said he needed a break over Christmas and seemed to re-emerge refreshed in the New Year, duly dispatching Mark Selby in the opening round at the Masters in January, but sadly that remains his highlight of the year.

So it’s hard to predict how he’ll go in Sheffield, in what will be his 18th year at the sports spiritual home. My suspicion is that he will have put in some major graft over the last two months at what he calls ‘The Unit’, (the practice facility he shares with John Higgins and Anthony McGill in Glasgow) and that he’ll come down fired up and ready to finish the season in style.

As has been shown so many times before, his passionate approach doesn’t always work and might not again in 2021, but as he reminded everyone last June, if something does click he’s a danger to any big names.

The only thing you can guarantee with Maguire is that whatever happens, it won’t be boring. Prepare to be on the edge of your seats, whoever he draws in the opener.