Athletics
News
An athlete's bravery in daring to pursue a lifelong goal under the most immense pressure imaginable can only be admired and savoured
Rob Walker
12:05, 17 Jun 2021

Inspiration is a notion heavily associated with the Olympic Games and it’s a word I’ve mentioned numerous times in recent weeks.

Inspiring stories are everywhere you look at the Games and the history books are littered with examples of champions who have risen above all others to take their sport's ultimate title (often in the face of seemingly overwhelming odds or impossible situations).

How about American Dick Williams who was a passenger on the Titanic in 1912 as a young man? He was one of the lucky ones who made it, though doctors had to be persuaded not to amputate his leg due to gangrene. The following year he was part of the Davis Cup tennis team and fast forward to Paris in 1924, he made it to the mixed doubles final despite injuring his ankle in the semis.

The result? Olympic gold. You could hardly make that up.

Undaunted, he taught himself to shoot with his left hand and after qualifying for the rapid fire pistol event in London 1948, he took gold with a world record score. Incredible. If it hasn’t been done already, someone should make a documentary about him. 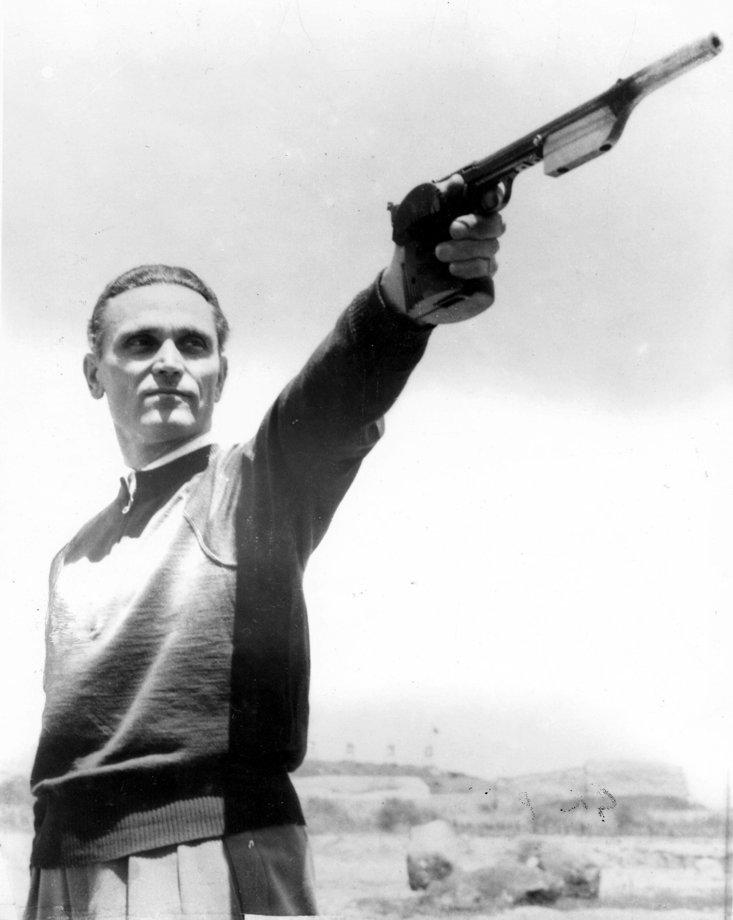 The Titanic and Second World War are fairly seismic events to have as part of a sports person’s story, yet the more recent editions of the Games have just as many inspirational characters. In fact, I don’t think you need to have won an Olympic title or even a medal to have an impact on your country and the next generation. Bear with me here.

Over the last couple of months I’ve enlisted the help of four British multiple world champions on a project which I started in February designed to help young people in lockdown to re-engage with sport, by writing about their passion.

Basically I was fed up reading and hearing about doom and gloom stories in the media and decided to get off my backside and try to do something positive. So between my Dad and I, we bought £2,000 worth of book tokens from a local independent children’s bookshop to help them out over the long period during which they were unable to trade.

With the help of several teachers I knew and of course social media, I set up a competition for 100 school pupils to win a £20 book token by writing about their favourite sport. They didn’t need to be potential internationals or superb writers, it wasn’t about that. It was just their passion in their words.

The extra carrot I dangled was that the very best would have the chance to interview a global sporting star on Zoom (www.youngsportingwonders.com if you want to read about it in a bit more detail).

After sifting through hundreds of entries and sending out the winning 100 tokens in May, this week came the interviews. Two of the men who gave up their time to help with the campaign came from my contacts in snooker. Reigning World champion Mark Selby and his good friend and three-time winner Mark Williams. Two great blokes, both of whom have climbed their sport’s ultimate mountain seven times between them.

Of course in snooker the Crucible rather than the Olympics is the pinnacle and as I write they are both due to fulfil their roles as interviewees at the end of this week. The third willing volunteer has scaled the Olympic heights to become champion not just once, but twice. In fact he was the first in triathlon to do so. Yorkshire’s very own Alistair Brownlee. 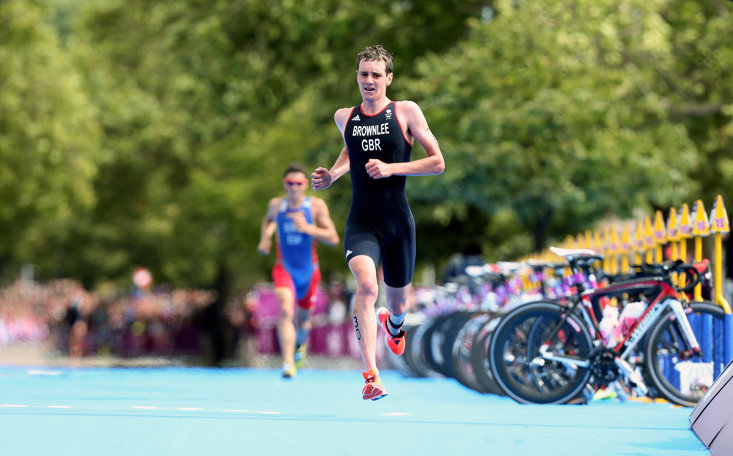 I oversaw his interview with a 14-year-old lad from Auckland on Monday night. There was a look of wonder and awe in the boy’s eyes as he picked up a few hints and heard a few anecdotes from the Leeds legend. Alistair was incredibly generous and gracious with his time, despite now knowing he won’t be there to attempt to make it a hatrick in Tokyo. To agree to fulfil his Zoom obligation in the same week as ankle surgery shows you the mark of the man. Class.

And so to the fourth sports person (and first to agree to take part.) This athlete was a world record holder and world champion at the marathon, took global gold twice in cross-country and won world silver on the track over 10,000m. But at the Olympics it just wasn’t meant to be.

After one of the bravest pieces of front running I’ve ever seen, in Sydney, saw her finish fourth in the 10,000m, she stepped up to the marathon. Infamously dropping out as pre-race favourite in 2004 after 36km and then battling her way round to 23rd in Beijing four years later after a mind over matter battle simply to make it to the start line. I am of course talking about Paula Radcliffe.

Yesterday Paula was interviewed by two 11-year-old running enthusiasts. One from Loughborough, the other from the South Coast. The look in their eyes told you everything you needed to know about how much Paula’s journey and honesty had inspired them.

Does the fact that one of the finest British athletes to grace road, mud and track never won Olympic gold detract from her ability to inspire? Not at all. 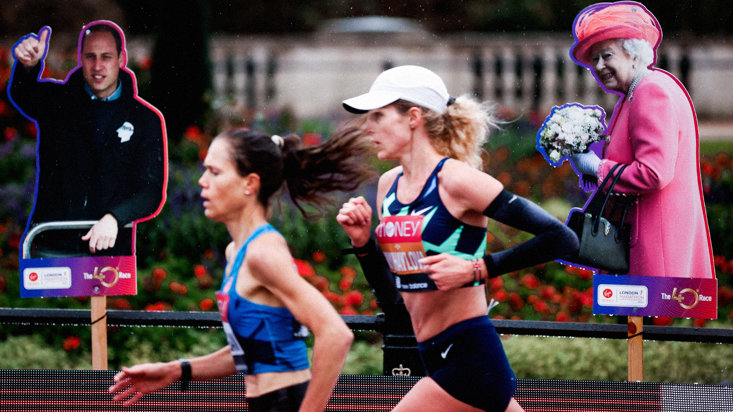 Paula Radcliffe at the London Marathon

Of course it was heartbreaking for her and hard to watch for us at the time. But what Paula endured in Athens (the third of her four games after running the 5,000m as a youngster in Atlanta 96, as well as the 10,000m in Sydney and the marathon in Beijing 08) inspired her to bounce back in spectacular fashion just 11 weeks later.

After being added to the New York marathon field two weeks before the race in November 2004, she won a sprint finish with Susan Chepkemei and then nine months later stormed to the world title in Helsinki in 2005.

Part of her motivation for both victories came from a fire lit by the disappointment of her failed Olympic campaign in Greece. Having set up the Zooms, I had the privilege of sitting and watching the two fledgling reporters conduct their interviews yesterday. Both Frankie and Jack sat transfixed as Paula talked through the heartbreak of Athens and the glory that followed.

Rudyard Kipling famously wrote to his son, “If you can meet with triumph and disaster and treat those two imposters just the same…”

Win or lose, Olympians have the power to inspire and their bravery in daring to pursue a lifelong goal under the most immense pressure imaginable is to be admired and savoured.

Next month young Jack and Frankie (and millions like them) will be watching a generation of global sporting superstars daring to live out their dreams in the searing heat and humidity of Tokyo.

The chosen few will win. Some will share the podium whilst many others will be left heartbroken. All of them will leave an indelible mark on the minds of those who watch, just like Paula.