With so much uncertainty still surrounding Tokyo this summer, what a relief it's been for Athletics fans to be able to focus on live indoor action this spring.

Despite the almost inevitable second postponement of the World Indoor Championships in China this March (already delayed from last year), the World Indoor Tour series started brightly in Karlsuhe on 29 January and continued in Lievin last night with some of the world's top stars in action once again for the second of the five events.

Over the years I've had the privilege of sharing the commentary box (and a few bars) with former Olympic 5000m runner Tim Hutchings, and I swear he was almost smiling as he spoke from the commentary box last night. It may sound cheesy, but we have all missed it that much.

World 200m champion Dina Asher Smith had already proven her early season credentials with a fine world-leading PB-equalling 7.08 over 60m in Germany 11 days ago, but she withdrew from the French meet with a tight quad.

Nonetheless from a British perspective there was plenty to watch out for, whilst internationally there were a series of sparkling performances.

Early on there was an excellent first outing of the season for Scot Jemma Reekie in the Women's 800m, repeating her win from the same meet 12 months earlier just a shade outside two minutes, with teenager Keely Hodgkinson looking a little fatigued in fourth, understandably so just 10 days after her eye-watering 1.59.03 World Junior record in Vienna! 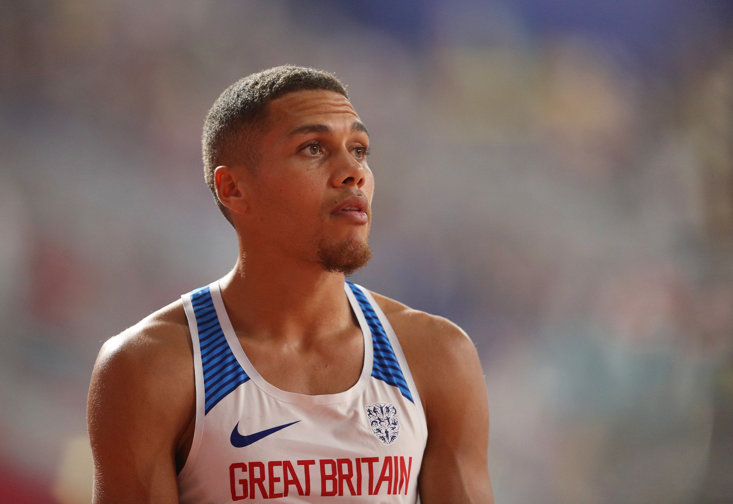 ELLIOT GILES FOLLOWED SUCCESS IN KARLSRUHE WITH A WIN IN LIEVIN

In the Men's 800m Britain's Elliot Giles backed up his performance in Karlsruhe with another win in 1.45 plus change. The European outdoor bronze medallist is in cracking shape, and there is a lot more where that came from. In the right company there is a very, very fast time in his locker.

And Holly Bradshaw is another Brit in really promising early-season form. Her second Pole Vault win in almost as many days came with a clearance of 4.73 following her victory in Rouen on Saturday.

But, for almost all the headline acts last night we looked no further than the longer track events.

Before arriving in France if you had told four-time European Indoor champion Laura Muir she would open her season with a sub-four-minute PB and a National Indoor record of 3.59.58 over 1500m she would surely have been delighted.

And whilst it was a great run by the Briton, for once she had to play second fiddle to inspired Ethiopian Gudaf Tsegay, who stunned the tiny crowd,  smashing Genzebe Dibaba's indoor world record by more than two seconds.

The 24-year-old world bronze medallist indoors and out just got faster and faster in the middle of the race and held on for a jaw-dropping 3.53.09. At that pace over seven-and-a-half laps, she surely must fancy a crack at Dibaba's outdoor mark of 3.50....

Where the women succeeded in producing a world record, the men weren't far away in three great races.

The 1500m included the prodigious youngster Jakob Ingebritsen. In some ways it's hard to believe the Norwegian is still only just 20, since it feels like he's already been around an age! Brave, strong and with ever growing speed endurance in his armoury, he really is the complete package.

And his season opener of 3.31.80 was phenomenal, chalking up a winning margin of more than five seconds, fifth on the all-time list and a European record. It was the perfect start to Olympic year.

I also liked the fact that he was a little cagey about his plans for the rest of the year in his post-race interview. There's a sparkle in the lad's eye and he clearly fancies the job this year! 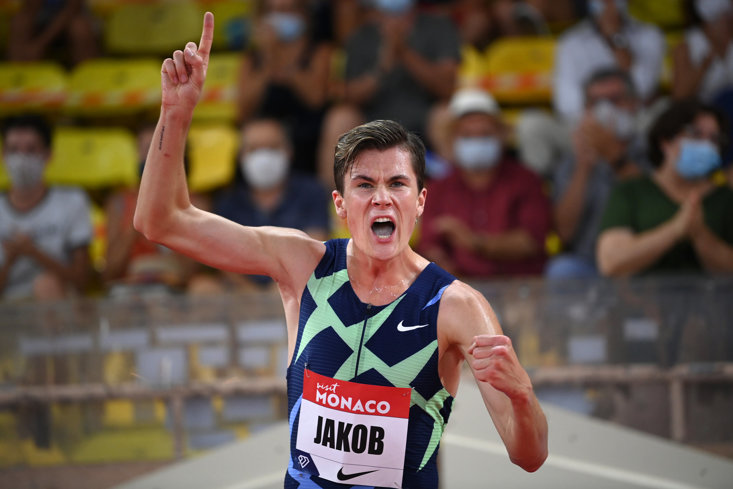 INGEBRITSEN HAS A LOOK ABOUT HIM IN 2021

Two other men went even closer to a moment of history in Lievin with national records and second on the all-time lists in their respective events.

First came Getnet Wale in the men's 3000m. The steeplechaser just missed the podium in Doha two years ago when he finished fourth, but that may not be the case at the next global championship - whenever that may be - judging by his pace over the flat indoors.

He ran a relentless 7.24.98, missing out on Daniel Komen's 1998 world record by just eight one-hundredths of a second. In fact, the top four all broke 7.30! Amazing strength in depth!

The evening was rounded off in style with the Men's 60m Hurdles and the hugely exciting Grant Holloway. The 23-year-old American is an incredible all-round athlete having long-jumped a windy 8.32 and high-jumped 2.16, as well as winning the outdoor sprint hurdles world title in Doha!

He came within two one-hundredths of a second of equalling Colin Jackson's 27-year-old record, that long stride bringing him home in a lightening quick 7.32.

That record will be his at some stage surely...

Elsewhere, today brings further good news for marathon fans and athletes everywhere with the announcement that the innovative Dutch firm NN Running have teamed up with the organisers of the Hamburg marathon to lay on a much-needed elite race on 11 April.

With the Covid-19 pandemic continuing to have a devastating impact on the big city marathon calendar, this closed-door looped course will provide a lifeline for many European marathon runners desperate to secure a qualifying time for Tokyo.

Having been asked to commentate on the event a few weeks ago, I've been desperate for the news to be made public. Organisers have done so well to get the concept off the ground, fingers crossed it all happens as planned. I cannot wait.

The current entry list shows more than 100 men and women will be on the start line, and the company who brought us the memorable ‘Taking the Throne’ world record night for Uganda's Joshua Cheptegei and Ethiopia's Letesenbet Gidey in Valencia last October have promised us a ‘big name’ addition to the line up later this month...watch this space.

The IOC's decision looms large over us all, but for now it's business as usual for a sport determined to focus on what is happening rather than what isn't.

Long may that attitude continue.