Barcelona’s Memphis Depay struck a hat-trick for the Netherlands against Turkey in yesterday’s World Cup qualifiers. The 27-year-old reminded viewers who remember his Manchester United stint of the quality he possesses. You could be forgiven for having scant recollection of his time at Old Trafford, as the forward left little impression on the Premier League. Now shouldering goalscoring responsibilities for a superclub, and one of the most esteemed national sides, this is not the Memphis Depay that kicked his heels on the fringes of the United squad. This is Memphis 2.0.

Memphis had fired PSV Eindhoven to the Eredivisie title as the league’s top scorer when United came calling in 2015. 21 years old at the time, the precocious Depay was seen as a statement signing in a summer full of them for Louis van Gaal’s side. The Dutchman joined Anthony Martial, Bastian Schweinsteiger, Morgan Schneiderlin, Matteo Darmian and Sergio Romero as part of the new intake at Old Trafford. In 2021, only Martial remains at the club.

Viewed in isolation, Depay’s United spell feels like a flop. Taken in the context of his fellow arrivals, of which only Martial and Romero can claim to have been at least somewhat successful, Memphis appears to be a victim of circumstances. After the retirement of Sir Alex Ferguson, a dreadful season under David Moyes and a mixed first campaign with van Gaal, the club was in a state of flux that it has never fully recovered from. If senior pros like Schneiderlin, and veritable football icons like Schweinsteiger, are struggling then what hope does a young player have?

Memphis decamped to Lyon, as he sought to re-establish his reputation after a bruising experience in England. Joining in January 2016, ‘Les Gones’ fans got a tantalising look at his talent as he notched five goals in 17 league games. The strike against Toulouse in March of that year is the one that lives longest in the memory, a halfway line strike that the player called “the goal of my life”. 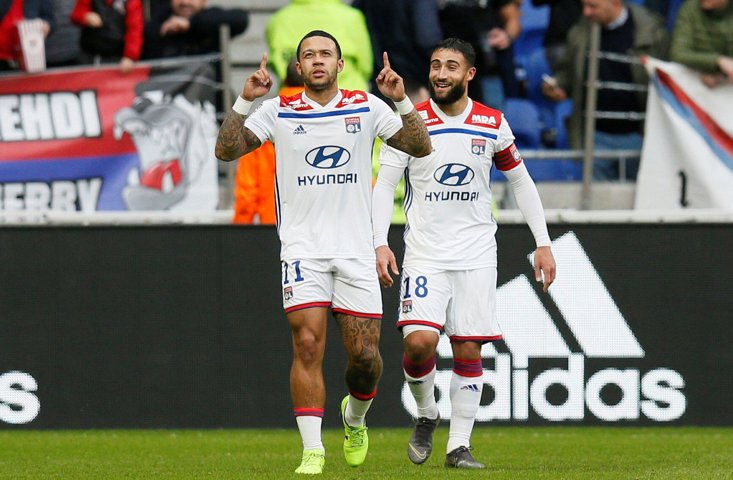 This first half-campaign was merely an aperitif, and Depay would serve heartier fare in the seasons that followed. He netted 19 league goals as Lyon achieved a third-place finish the following season, a mark he topped last year when he registered 20 Ligue 1 strikes. Memphis was also vital to Lyon’s creative play last year, laying on 12 assists. A talent that was often sidelined for being too individualistic by van Gaal at United has blossomed into a complete attacker, a threat from wide or centrally who can score and create with great frequency. It is something that has not gone unnoticed by that very same manager.

In August, Louis van Gaal returned for a third stint as manager of the Netherlands. He found a very different Memphis Depay upon his arrival. Gone was the often-undisciplined boy he had coached at Old Trafford, replaced by the man who had served as Lyon’s talisman while establishing himself as a fixture for the Oranje. A man whose brilliant form had been rewarded by a transfer to Catalan giants Barcelona. Van Gaal’s faith in Memphis has been rewarded, the player has scored five goals in his three caps under the new manager.

After a torrid transfer window, where Barcelona saw their place at the top spot of football’s food chain evaporate faster than Spider-Man after ‘The Snap’, the internet tastemakers were out in force. How far Barcelona had fallen, they said, by virtue of replacing their formidable old ‘MSN’ front three of Messi, Suarez and Neymar with a trident of Martin Braithwaite, Luuk de Jong and Memphis Depay. Three Premier League flops standing where three modern greats once stood. On Braithwaite they may have a point, the former Middlesbrough forward has not hit double figures in the league since he left Toulouse five years ago. Ex-Newcastle forward de Jong is unconvincing too, having struggled to replicate his Eredivisie form in La Liga thus far. But Depay is showing all the signs of having a real impact at Camp Nou. He has scored two league goals in his first three Barca appearances, a rich vein of form when coupled with his international net-busting this week.

Memphis Depay can score goals. He has netted 78 of them in the 181 club games he has played since he departed Old Trafford, most of these coming from the left wing. Memphis is also a fantastic creative option, chipping in with more than his fair share of assists. Barcelona are a club that needs a hero, and in the 27-year-old Dutchman they may have found one. This is not the Memphis Depay you remember. This is Memphis 2.0.