Dilly ding, dilly dong, Claudio Ranieri is back in the Premier League. Once again the Italian’s mission is to keep a club from falling through the relegation trap door and this time it’s Watford.

Everyone in England knows Ranieri for his miracle work at Leicester City, which saw the Foxes claim the league title back in 2015-16, and his earlier spell at Chelsea, but he returns to the UK with another grave task of ensuring Premier League survival for one of the league’s standout yo-yo teams.

He was hired to do the same job with Fulham three years ago, labelled as a “risk free” appointment by owner Shahid Khan. It is unfair to blame the 69-year-old for the travesty of a season that saw Fulham come up from the Championship and splash over £100million on 15 players under his predecessor Slavisa Jokanovic. That high volume of signings was always going to cause problems for the newly promoted side.

Once Jokanovic was given his marching orders for failing to get a tune out of his expensive band of talent, Ranieri came in with an entirely different philosophy. He wanted to implement his own ideas in his preferred 4-4-2 system with a twist to help get his players grinding out results while perfecting the basics. With 15 players, the task was going to be monumental for both managers to effectively get them clicking a year before any progress was likely to be shown on the pitch and the players had to go from an attack-minded vision to a system that focused on defensive organisation.

Fulham only managed to orchestrate three wins from 17 matches, one clean sheet and they conceded 34 goals. He was handed his P45 after just 106 days in the job, but he was not finished with English football and had always planned a return, still having a house in London from his time at Chelsea. 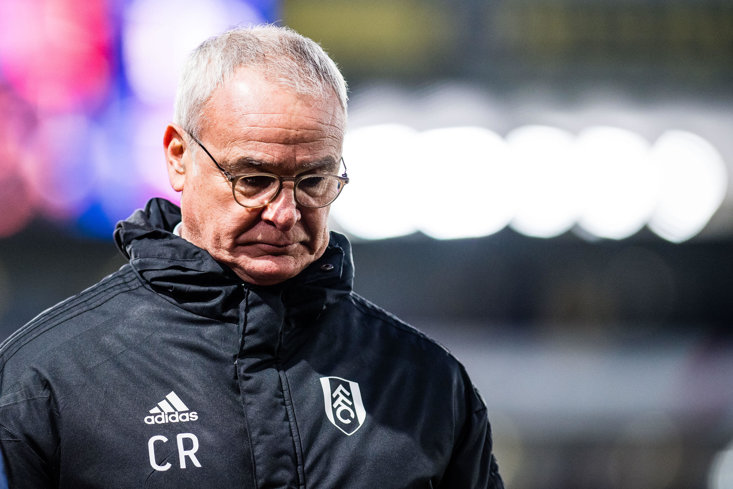 His most recent roles came in his homeland, first with Roma and then with Sampdoria. He joined his hometown side Roma not long after he left Fulham and it was a similar story with another club in trouble. The Italian side were struggling from the resignation of Director of Football Monchi and the retirement of legend Francesco Totti. With the odds stacked against him, Ranieri completed the Italian job as I Nerazzurri ended the season with an unbeaten run of nine games.

It’s the job with Sampdoria that should give Hornets fans hope. When Ranieri stepped through the door there, they were in a similar position to where Watford find themselves currently, except they were in the relegation zone. He replaced Eusebio Di Francesco, who he also replaced at Roma, and managed to guide them to safety before building on that with a ninth-placed finish last season. He then departed, believing that the club's owner’s ambition didn’t match his own.

He’s now back where he wants to be, England, and he will be wanting a longer tenure at Watford than he got at Fulham, but before thinking about the future his priority will be to start picking up wins and maintaining Premier League status. He will be glad that there was not as much transfer business for the Hornets, making his job of assessing and working with his current crop of players much easier.

Watford appear to be a more-suited squad of players for Ranieri’s traditional philosophy and there is no doubt he will have to deliver some positive results quickly - this is Watford after all. Having a small core group of players to work with may benefit the veteran manager and the players, but they will all need to buy into the ideas collectively if the outfit are to escape the yo-yo cycle. With his style flourishing on the counter-attack, he will love having the pace-blessed Ismaila Sarr attacking with intensity down the right flank.

He has another gargantuan challenge ahead of him, but he will need to be able to produce results early on to earn himself at least the season at Vicarage Road. That could allow him to lay the foundations for an exciting long-term project in Hertfordshire.