Football
News
The Hornets have pulled the trigger ahead of the international break
Simon Lillicrap
15:17, 03 Oct 2021

So we have a winner of the 2021/22 Premier League sack race! To the surprise of almost nobody ahead of the season, trigger-happy Watford have sacked manager Xisco Munoz after just ten months in charge at Vicarage Road, following their 1-0 defeat to Leeds United.

It is another premature sacking for the Hornets, who have now gone through a remarkable 13 managers since the Pozzo family bought the club in 2012 and had enjoyed a reasonable start to the campaign, picking up seven points from seven matches.

But despite winning promotion just five months ago, he is now out of the door and the hunt for a new boss begins. With an exciting group of managers including Eddie Howe and Frank Lampard currently out of work, this move could not only improve the Hornets but make some of their relegation rivals take stock of where they are under their current managers over the international break.

As Watford made the decision to get rid, ‘Steve Bruce’ was trending online as Newcastle United fans complained about their manager still being in a job, while some of the aforementioned options remain out of work. The Magpies are winless so far, along with Southampton, Burnley and Norwich, but the real frustration in the north-east is directed at penny-pinching owner Mike Ashley.

It’s so difficult to compete in the Premier League with a lack of investment and under Bruce, Newcastle have won just seven of their last 37 matches. But for Ashley, the finances will always take priority, and having been informed of the amount it would cost to sack the manager, is likely to play the waiting game.

Bruce’s contract situation is a strange one, but it seems that the three-year deal he signed in 2019 does not expire in 2022, and instead, he is on some form of ‘rolling contract’, making the situation even more complex. But with players returning from injury over the next two weeks, Bruce is likely to be afforded more time in the job, even if it isn’t necessarily deserved. 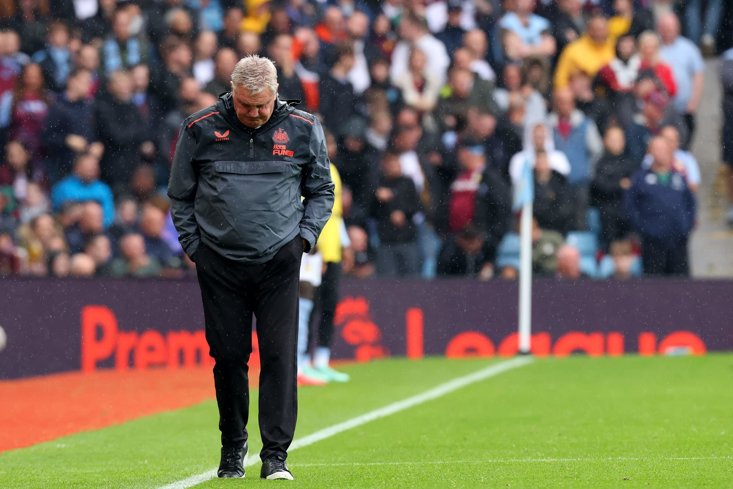 Despite suffering two 9-0 losses, Ralph Hassenhuttl has been completely trusted by the Southampton board, who rewarded him with a four-year deal in 2020 but he is under pressure due to their poor form. Five wins in 29 league matches in 2021 makes for grim reading from a Saints perspective and although he will be given more time, the next few matches are crucial.

Hassenhuttl has bounced back from testing situations before and faces Leeds, Burnley and Watford to play up next in the league, as well as a League Cup last 16 tie. Failure to win in those key matches is likely to cost him his job.

For Burnley, Sean Dyche remains a club legend. If there is one man you want to get the most out of a weak squad and keep a side in the Premier League, it is Dyche and he has proved over the last five seasons that he has what it takes. Although fans were left frustrated after their 0-0 stalemate with Norwich, Dyche isn’t going anywhere.

We discussed Daniel Farke’s Premier League struggles with Norwich before they picked up their first point of the season with a battling display, but they still looked short in front of goal. Having secured two promotions from the Championship, he has credit in the bank with a patient board so is likely to get a fair crack of the whip, but wins are needed after finally getting on the board this weekend.

At the moment it seems like far more clubs are going to stick with what they have got rather than pull the trigger, but the temptation to bring in one of the free agents over the next month could prove too strong to deny.