Boxing
News
Bivol discusses Saturday's big fight and says an Alvarez rematch might not be his next move
Joey Mills
10:19, 02 Nov 2022

WBA light heavyweight champion Dmitry Bivol defends his title against Gilberto ‘Zurdo’ Ramirez this Saturday. The unbeaten 175-pounders will face off at the Etihad Arena in Abu Dhabi in one of the most anticipated fights on the calendar. The bout will be Bivol’s first since he shocked the boxing world by defeating Saul ‘Canelo’ Alvarez in May.

The Sportsman sat down for an exclusive chat with Bivol ahead of this blockbuster collision. The champion opened up about ‘Zurdo’, ‘Canelo’ and a dream match-up with a certain ‘Sugar Ray’.

Ramirez has made some very confident comments ahead of this fight. Do you feel like he may almost be overlooking you?

I don't know. Doesn't matter for me. I don't want to be inside his head. I want to be in my head and think about my mentality and about my preparation.

Where would you rank Ramirez in terms of the best fighters you’ve come up against?

After this fight, a lot of people are talking about wanting to see you back in the ring with Canelo. Is that the fight that you'll be targeting after Ramirez?

I talked about this today, many times (laughs). No, it's not my target after Ramirez. I want to fight for another title. 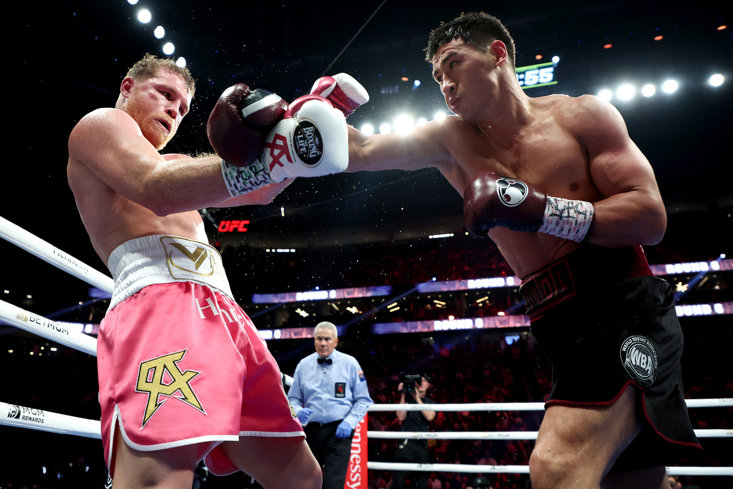 As you’ve touched upon, you do get asked about him a lot. But could you tell us what your life has been like since your huge win over Canelo?

More people will recognise me and not just recognise but respect me. Some people are happy that they won money on my fight. Some people just hate that I beat Canelo.

Another fight that a lot of people are excited about for you one day is Artur Beterbiev. He holds all the other light heavyweight belts. How badly do you want to fight Beterbiev?

If you could fight one fighter, past or present, who would you choose?

When he was young, when he was in the best shape. It's not that I would like to win, it's that I want to feel it. You know? It's like sometimes the guys ask me, “Oh, I want to spar with you. I want to feel how it is to be in the ring against the champion.” It's an honour to fight him.