England were two penalty shootouts away from winning both the World Cup and the European Championships in the space of six years. At Italia ‘90, Stuart Pearce missed his penalty as West Germany took down Bobby Robson’s side from the spot and six years later the same opponents, albeit now a unified country, stopped football coming home in the same manner.

“I have the impression that if we'd have won the semi-finals we'd have probably won both finals,” Stuart Pearce tells The Sportsman. “I may be deluded in that statement but I honestly believe that momentum would have driven us over the line.”

Although a win at Euro ‘96 would have sent the country into complete meltdown, as it was already on the brink ahead of the semi-final, a World Cup win would have been the crowning glory for Pearce.

“Whilst the atmosphere at ‘96 was that much better, the one six years previous was a World Cup, every team in world football were involved. And the fact that our country - the only trophy we have is a World Cup as well so to emulate the greats of Bobby Charlton and Bobby Moore and all those boys that did so well winning it in the 60s, I think that would have been very, very special.”

It wasn’t to be, however. Penalty shootout heartbreak were three words synonymous with the English game over almost three decades and Stuart Pearce knows how it feels to be the one to miss, as current manager Gareth Southgate did in 1996.

“You are hoping that one of your teammates is going to bail you out. You are hoping that the goalkeeper is going to save the next penalty to draw us back level again. That wasn't to happen but at that stage you go into this world where you are so close to touching a World Cup final and then you are acutely aware of the fact that you have missed a penalty that has put your country in such a perilous position.

“It was a crushing blow for me,” he admits. “There were a lot of tears after the game, a lot of tears the following day when I met my family. I think at the end of it when I look back it has probably just made me stronger and more hard nosed in my profession.” 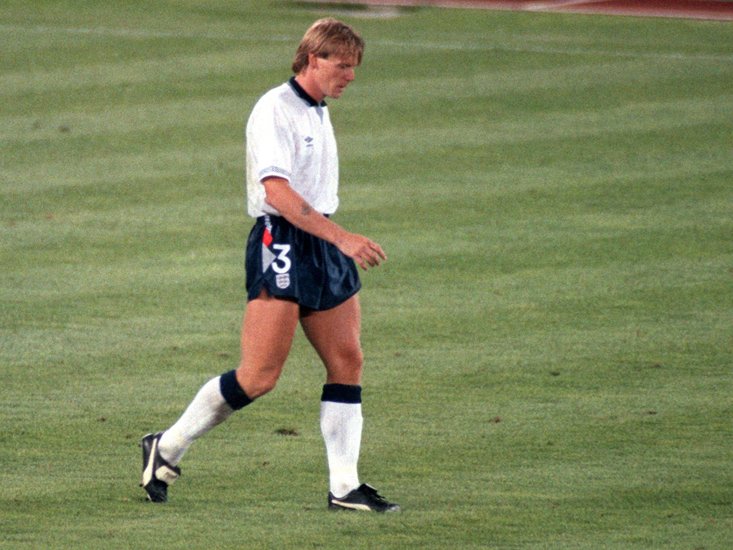 Pearce trudges back after missing his crucial penalty

Few of us know what it actually feels like to take a penalty in a World Cup, let alone a semi-final, but for England's left-back it was about keeping things simple, even if it didn’t go to plan.

“[Scoring] That was number one on my checklist actually!” he laughs. ‘To get good contact was really important for me, I'd made my mind up before to go down the middle in the hope that the goalkeeper was going to move one way or the other. I got good contact on the ball but the goalkeeper moved to his right but left his legs there and managed to get something in the way and a barrier to stop the ball. Credit to him, it always takes someone to do it but for me it taught me some wonderful lessons coming out of that game.

“It hurt at the time there is no doubt about that, certainly going forward it taught me a lot of lessons and as well, preparation when I've worked with teams that have been in penalty shootouts - it has sharpened my focus.

“The following season I had the best season I ever had playing for my club, the following year I got 16 goals, no penalties, from left back. It probably if anything made me stronger as a character.”

Six years later at Euro ‘96, Pearce would get his penalty redemption as he scored in shootouts against Spain and Germany and even though it would end in defeat, that tournament, and the atmosphere against Germany that day, still holds a very special place in his heart.

“It was very difficult to tell people who weren't in the stadium that day,” he smiles. “It is by far the best environment, that tournament and the atmosphere at Wembley was by far the best tournament environment I've ever played in for an atmosphere. Bear in mind we had the vast majority of our fans behind us, the anthem of Three Lions being sung as well as the national anthem.

“It was a special occasion that summer and I think supporters fell in love with football again and people that weren't interested in football might have almost fallen in love with the game as well.” 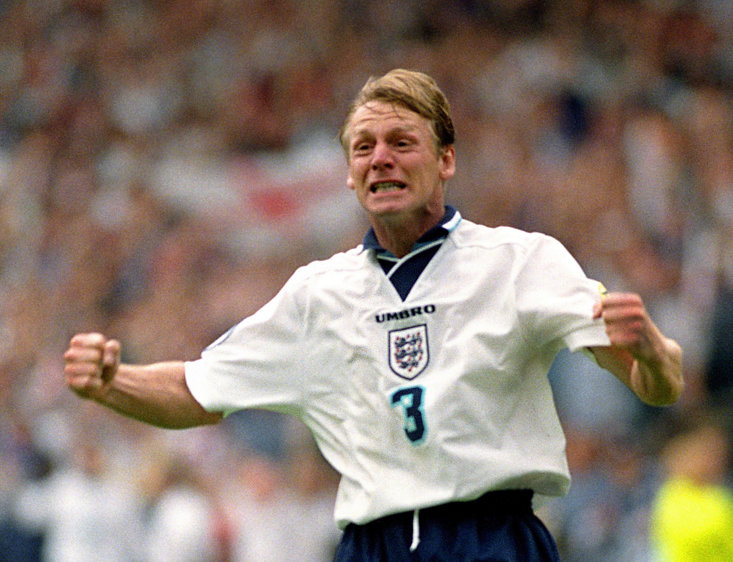 Pearce Celebrates after his scoring his penalty in 1996

The man who missed the crucial spot-kick in 1996 was Southgate, the man now tasked 25 years later, with finding his way past Germany in the last 16. Pearce believes he will have done everything in his power if things do once again go all the way to penalties.

“What he will do because of the nature of the person he is and how thorough he is, he will be looking to empower his players and make sure his players are more prepared than he was and I was when we took penalties for England. I think you saw that back in 2018 when his team ended up beating Colombia.

“Some of those staff that work with him now in the preparation of penalty taking and the analysis of that were there with me with the under 21s, so I know how much detail they put in and fair to say that England might well be the most prepared side for a penalty shootout in world football.

For Pearce, he was a key member of two of the best international football tournaments in England’s history. They may have ended in penalty shootout heartbreak, but the class of 2021 has the ability to write their own history on Tuesday night. Wembley awaits, 45,000 will be in attendance and perhaps this time, David Baddiel and Frank Skinner’s famous words will come true.