Stuttgart, Germany. To coincide with the latest “Football Leaks” revelations this weekend, supporter groups in Germany are conducting another nationwide protest against the perceived over-commercialisation of the game in Germany and beyond.

Under the motto “You buy up the game as you like it,” supporters of second-division side Dynamo Dresden got the ball rolling on Friday night, targeting the German Football Association (DFB) with a large banner featuring a crossed out DFB logo and an oversized bank note featuring the face of the face of DFB President Reinhard Grindel and the slogan: “Football mafia DFB.”

In Stuttgart, during a game against Eintracht Frankfurt, VfB Stuttgart ultras distributed fake bank notes upon which they had listed some of their problems with the DFB, including the spreading out of Bundesliga kick-off times to suit television, the ongoing 2006 World Cup corruption scandal, attempts to attract investors and the introduction of video assistant referees. “Money is all that interests you,” read the bank notes.

The nationwide “Fanszene Deutschlands” coalition published a joint statement to explain their reasons for the latest protest, which began on the same evening that German magazine “Der Spiegel” and the European Collaborative Investigations (EIC) network published a new collection of “Football Leaks.”

Matt Ford
@matt_4d
This weekend, coinciding with #footballleaks, German fan groups are taking part in a coordinated protest with the slogan: “You buy up the world as you like it.”
Second-division #Dynamo #Dresden supporters with that message vs. Sandhausen this evening.
[📷 @K_BLOCK_DYNAMO] 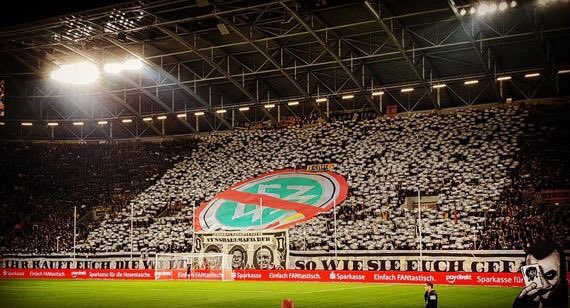 “It has been clear, not just since the corruption scandal surrounding the awarding of the 2006 World Cup, that the big wigs at the DFB like to spend the odd penny too many,” the statement began. “This arrogance and greed has led to a complete alteration of the game. Unfathomable sums are paid to players and agents while the average fan has to dig ever deeper into his pocket for tickets.”

In the statement, the supporters explain that their criticisms aren’t just aimed at alleged corruption with their country’s FA – more of which was revealed this weekend by Football Leaks – but at the entire current system.

“It’s no longer about football; it’s about the maximisation of profit,” the statement reads. “Financial interests now stand above those of the sport and certainly above those of the fans. A football which sells it soul for a handful of cash is not ours! We want a football which lives and breaths in the stadium, which represents a wider basis and which makes decisions for the good of those who love it.”

Matt Ford
@matt_4d
#VfB #Stuttgart fans distributed and threw fake bank notes last night:
“You split up the match day for TV rights”
“You buy a World Cup with no consequences”
“You open doors for investors”
“You introduce VAR ‘because so much money is at stake'”
“Money is all that interests you!” 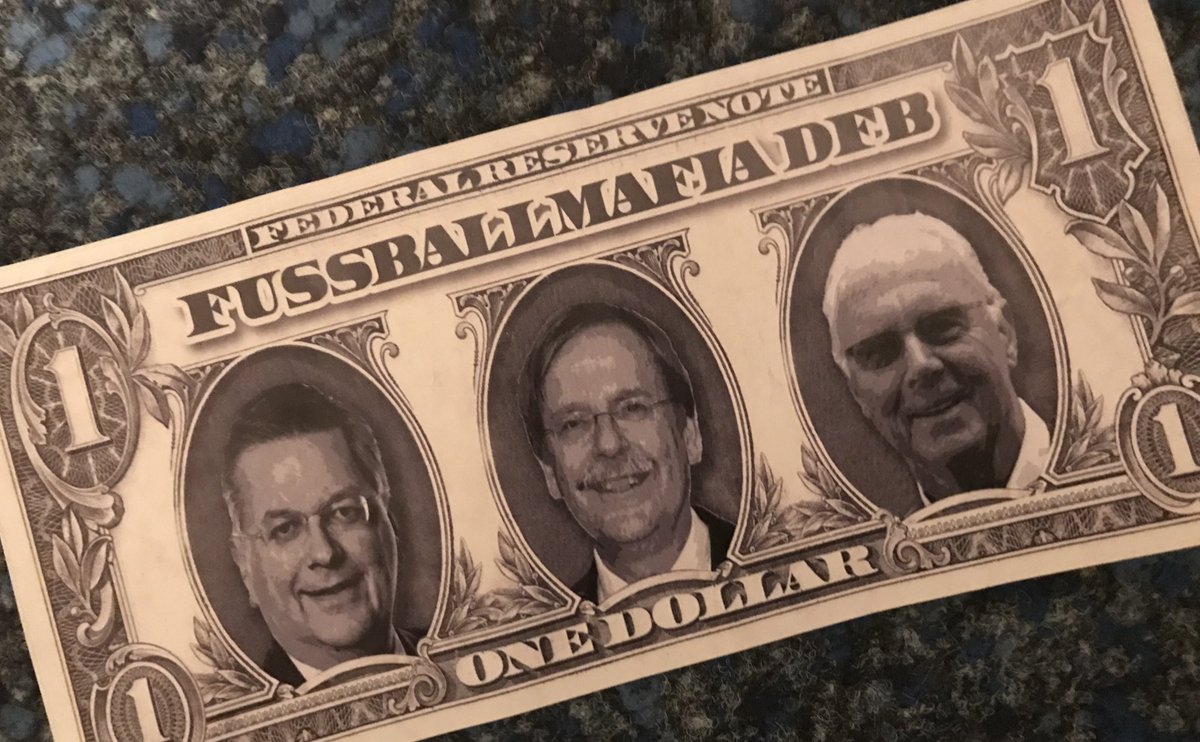 After talks between the Fanszene Deutschlands coalition and the DFB broke down in summer, with fans accusing the functionaries of simply using the dialogue as PR, supporters announced an intensification of last season’s protests, stating: “You will hear from us!”

On Matchday __, fan groups across the country took part in an atmosphere boycott, remaining silent for the opening 20 minutes in order to demonstrate the importance of match-going supporters under the motto: “You will hear from us – or rather not!”

And following the Football Leaks allegations that Bayern Munich and ten other top European clubs had been negotiating in private to establish a “European Super League,” and that UEFA willingly turned a blind eye to financial fair play infringements by Paris Saint-Germain and Manchester City, the protests are only likely to intensify.

“Football is an essential part of our society but it is increasingly developing into a play-thing for greedy managers and agents,” the statement concludes. “The people’s game in Germany must not be allowed to become a luxury product which turns its back on its fundamental values.

“We will claim back our game!”