It’s day two of the Craven Meeting at Newmarket and the ITV cameras are also in situ at Cheltenham on Wednesday afternoon.

Willie John is an intriguing contender on his first start for Tom Dascombe. He cost 1.9m Guineas after winning on debut in 2017 and has now switched hands for just 52k Guineas and headed to Cheshire. Tom Dascombe drops him to six furlongs for stable debut and a market watch is recommended.

Going Places was fourth here on debut and has won two from four in the all-weather since. He has the services of Hollie Doyle and looks likely to go well as a lightly raced five-year-old. Gunmetal ended a three-year losing run when scoring at Doncaster but cannot be trusted to follow it up while Count Otto has been a revelation on the all-weather this winter but is thoroughly exposed.

DAZZLING DAN started last season off a mark of 103 and is 13lb lower for his return this season having had a wind operation over the winter. His course form on both Newmarket courses reads 23119 and although the latest effort was below par, his season never really got going and if the operation has worked, he is a very well handicapped horse who can go well.

The Coole Cody has had an excellent season, highlighted by his win at Cheltenham in November and ran a cracker to be fourth at the Festival. Although those efforts came with cut, he will enjoy quicker conditions. Romain De Senam got hammered by the handicapper for hosing up at Musselburgh on New Year's Day but ran well on his first go at three miles behind last week's Grade 1 runner-up Clondaw Castle at Kempton and that form plus the drop back in trip gives him a big chance.

However, I like the claims of UP THE STRAIGHT here for Richard Rowe. On a line through Umbrigado, he is very closely matched with The Big Bite but gets 11lb off the likely market leader. Time may tell that his second to Farinet at Sandown was an impossible task and he ran well to be third at Cheltenham over hurdles back in October.

The European Free Handicap used to be a recognised Guineas trial, but not so much anymore. Naval Crown was a listed winner in Meydan seven weeks ago and that may give him a fitness edge here. He was third in a trio of Group 3s last season but perhaps it is Ontario who sets the standard on his Royal Lodge second on this course in September. He ran a further twice at the end of the season without success though and must give weight all around. 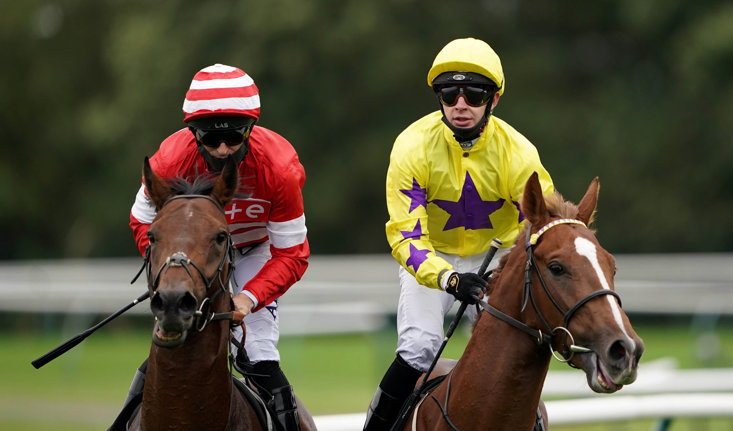 Tactical is a Royal Ascot winner but it is PERCY’S LAD for me. After winning his first two starts on good ground, he ran a cracker to be beaten just a length in the Horris Hill at Newbury. Back on good ground here and in receipt of plenty of weight from the top two, I think he worth an interest at around 6/1.

A few last time out winners lock horns in this competitive handicap hurdle.

Beauport won the EBF final at Sandown by eleven lengths, but this will be the quickest ground he has ever encountered, and he has a 10lb hike to overcome. Java Point dropped back to maiden company to get off the mark at Warwick a fortnight ago after going down narrowly at Newbury a month ago.

Captain Tom Cat was in good form at the first two Cheltenham meetings this season and has had a break since well beaten at Aintree in November, the return to better ground should see him go well again.

PILEON is chanced here back over hurdles. It has been an up and down season for Phillip Hobbs but was back in the big time thanks to Thyme Hill at Aintree and he can end the season on a high. Pileon has disappointed over fences lately, never really enjoying it, but is just 2lb higher than when a very close second at the 2020 Cheltenham Festival. Blinkers are also applied for the first time and is lightly enough race to still have improvement to come over timber.

The Earl of Sefton Stakes is the feature race on the card.

Global Giant was never in danger when scooting clear to land the Magnolia Stakes at Kempton a couple of weeks ago and is likely to be a warm order here under Frankie.

My Oberon has only had the five career starts and was progressive until a poor performance at Redcar on his final start. On his previous Haydock second to Top Rank, he has decent claims, but he needs to bounce back.

At the prices though, it may be worth chancing SAN DONATO if he can bounce back to the form that saw him a close third in the French 2000 Guineas two seasons ago. 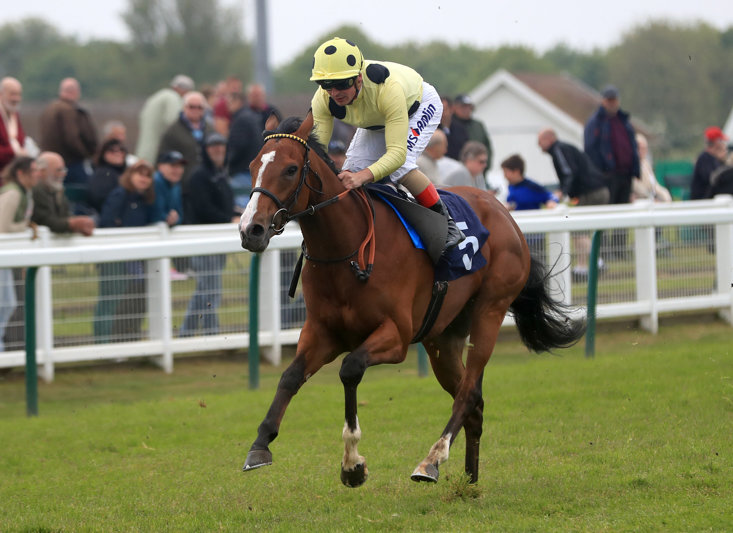 He missed the rest of his thee-year-old campaign and was only seen four times last season, the best of which was second in the Summer Mile at Ascot. It is interesting connections have persevered with him and is worth a small play against the short-priced favourite.

Saffron Beach has won both her starts on the Rowley Mile in good fashion, the latest in Group Three company. There has been a lot of chat about her over the winter and she is a 16/1 chance to win the first ladies classic in May, a price that will shorten substantially if she is successful here.

The form of that Group Three hasn’t really been enhanced by the runner-up so far this season, but it can be argued if she was trained by a high-profile yard, she would be much shorter for both assignments.

Divine Light made a winning debut on this course on soft ground in October, wining by half a length. She represents Charlie Appleby and William Buick, who had a couple of reverses on the opening day of the Craven meeting,

Sacred finished second in a Queen Mary, Lowther and Flying Childers last season, but she needs to prove she stays and that she has trained on.

LOVE IS YOU made a winning debut at Ascot despite meeting trouble in running and showed the benefit of that when running away with a listed contest on heavy ground at Newbury. Her pedigree suggests she will improve for the better ground and she can remain unbeaten and put herself in the frame for the 1000 Guineas on Sunday 2nd May.