It’s been a busy weekend in the world of boxing. From the heaviest boxing match of all time to Sunny Edwards’ second title defence, here are five boxing stories you might have missed.

In the biggest fight of the weekend (literally), Hapthor Bjornsson settled his rivalry with fellow World’s Strongest Man winner Eddie Hall with a six round unanimous decision win in an exhibition match in Dubai.

In the heaviest boxing match in history, where the two combatants weighed a combined 47 stone, both men hit the deck, with Hall getting dropped twice by his Icelandic nemesis. Bjornsson, best known to many as The Mountain from Game Of Thrones, was declared the winner on all three judges’ scorecards, each scoring it 57-54 in his favour.

“I’d like to thank Eddie Hall and his team for putting up a hell of a show, he gave me a hell of a battle,” Bjornsson said after the fight.

“I’ve never been dropped in training, so hats off to him. He really can punch. He wasn’t lying! But today, I feel technique won.”

The winner of the super middleweight clash will be in line to become mandatory to face Saul ‘Canelo’ Alvarez for the Mexican superstar’s WBO strap.

"This is a dream come true," said Parker.

"I think every one of us dreams of headlining a show at the football team you support. I don't think it has fully sunk in yet to be honest.

The pair come into the bout with unblemished professional records. Andrade is undefeated with 31 wins and 19 knockouts, while Parker is also unbeaten after 22 fights.

"It will be incredible to walk out and see the stadium packed with fans - I can't wait,” Parker added. “Demetrius is a great champion and props to him for coming over here, but I know I have the beating of him, I'm too big for him. We'll see on the 21st, but someone's '0' has got to go." 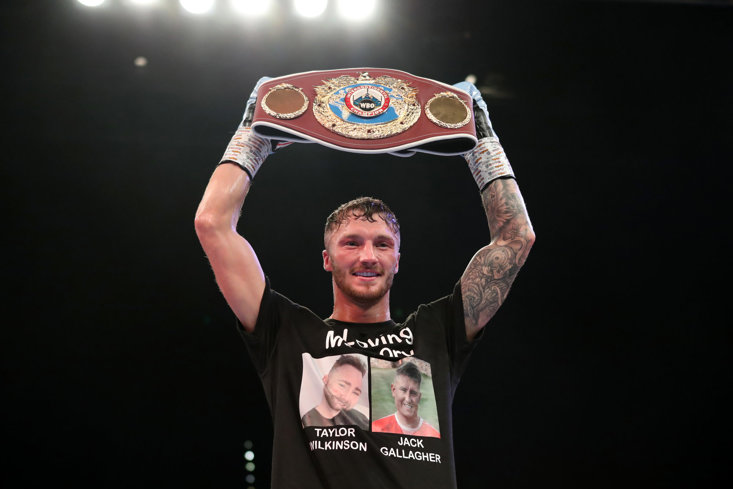 Two-time middleweight champion Gennady Golovkin is suing Golden Boy Promotions, claiming the company owes him at least $3 million (£2.3m) for his 2018 rematch against Saul ‘Canelo’ Alvarez, according to Dan Rafael.

Per Rafael’s report, Golovkin is claiming "breach of contract and breach of fiduciary duty, among other allegations."

‘GGG’ claims that it took Golden Boy three years to pay him the $9million (£6.85m) he was due for the fight and is seeking interest on that amount as a result of the delay. Golovkin's suit also claims he was supposed to receive 45% of the ticket revenue from his 2018 loss to Alvarez and that Golden Boy was supposed to receive 55%, but that the boxing promoter has refused to pay out.

Sunny Edwards made a successful second defence of his IBF flyweight title in Dubai on Saturday night, beating Muhammad Waseem by unanimous decision before turning his attention to WBC titleholder Julio Cesar Martinez.

In a scrappy affair, Edwards proved too quick and too slick for Wassem, who had decent chances and rounds of his own, especially when ‘Showtime’ elected to stick and trade, but he couldn’t produce the quality to truly outmatch the Englishman.

Edwards, who moves to 18-0 (4), said after the fight: “I keep getting told I’m running, so I wanted to mix it up a little bit. Waseem is a world class operator and good inside. Big respect to him and his coach, they came with a good game plan, I just thought I was always that step ahead tonight

“I wanted to show I can mix it up and tough it out and score on my own. Some of them close rounds they probably slapped over to him, but I thought I won comfortably.”

When asked about a possible showdown with Martinez next, Edwards responded: “It’s not so much Martinez himself, I know he wants to fight, but Eddie Hearn, you’re the best promoter in the world, please, Eddie, give me that fight!”

Prograis dropped McKenna in the second, but the Northern Irishman hung tough and kept coming for the American. However, the fight was eventually called to a halt following a nasty cut suffered by McKenna.

“I knew he was tough. I dropped him, but I knew he was gonna get up, and it felt like he wasn’t hurt at all. So I just stayed on my stuff and boxed him,” Prograis said. “He just kept pushing forward, I had to get on my back foot and box a little more.” 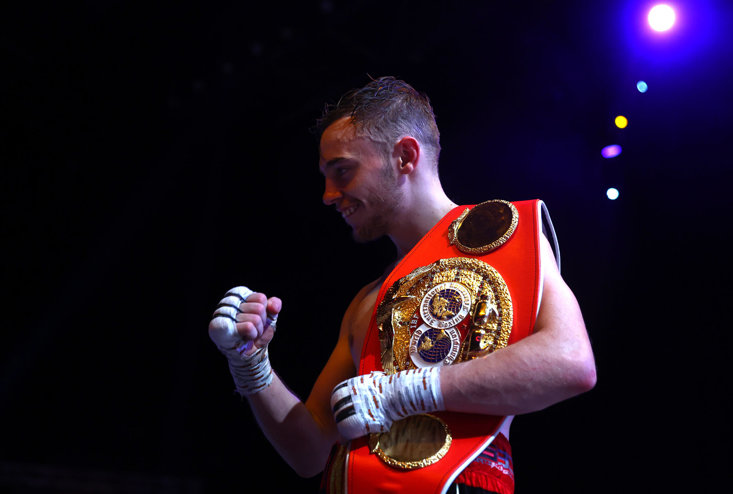 Edgar Berlanga maintained his unbeaten record with a unanimous decision win over Steve Rolls on his main event debut in New York this weekend, however it wasn’t the explosive performance he had promised.

Berlanga said that there would be “fireworks” when he met Canada’s Rolls at Madison Square Garden, but, having won his first 16 fights via first round knockouts, ‘the Chosen One’ has now laboured to three consecutive unanimous decisions.

However, given Berlanga tore his biceps last October against Marcelo Esteban Coceres, it was a good win against a solid opponent overall. Now the American is targeting his next fight for 11th June.

"You could tell that he was fighting scared. Every time I reached in or threw something, he's pulling back, running the whole fight," Berlanga said after the fight.

"I was looking for a big shot. My corner was telling me ‘use a jab’. My elbow was bothering me a little bit. But I'm just happy we got the victory and moving forward.

"My elbow started hurting me in like the second round but no excuses. We got the biceps torn in the last fight, came back in four months and got to it."