Longchamp plays host to a stellar weekend of racing in the centre of Paris with the ground set to be very testing following rainfall on watered ground. Plenty of British and Irish connections have challengers in the hope of bringing some Euros back over the channel.

Backing against Kyprios in a staying contest may have the men reaching for their white coats and coming to find me, but there is one great leveller this weekend in France when it comes to the Prix Du Cadran. The ground.

I am a big admirer of Aidan O’Brien’s 4yo and he will be the star stayer for years to come, an immediate successor to Stradivarius after his retirement this week. Although he held off Hamish on yielding ground in the Irish St Leger, his two performances on soft ground in his travels in his younger years were desperate efforts. Beaten seventeen lengths in a Zetland Stakes and ten lengths in a Lingfield Derby trial while some of his illustrious siblings also weren’t at their best with serious dig in the ground, so at the forecast prices we can hope to take him on.

The one to be with must be QUICKTHORN, who we know handles the ground as he is a heavy ground Royal Ascot winner last year. His 4yo campaign was a busy one that also saw him finish second in an Ebor while he has gone from strength to strength as a stayer this year. His below par run here at last year's Arc meeting can be put down to a busy period, whereas he arrives this year fresh having not been seen since a fourteen length win in the Lonsdale Cup at York. His victim that day, Coltrane, followed up in the Doncaster Cup and the official handicapper has him just 3lbs behind Kyprios, so he holds every chance.

He was a head behind 2020 Cadran heroine Princess Zoe in the Sagar Stakes in May and she has her conditions again to regain her crown, although has been slammed three times this summer by Kyprios and may just be on the wane at the age of 7.

There wouldn’t be a long list of names if asked to produce a list of more progressive horses than ANMAAT and he gets his chance to shine again in the Prix Dollar at 4.00 in France.

The 4yo has never been out of the frame in his life, with his only defeat in his last five starts a close second in the Cambridgeshire last year. He made a winning belated reappearance in one of the season’s toughest handicaps, the John Smith’s Cup at York before routing a strong field for the Group 3 Betfred Rose Of Lancaster Stakes at Haydock in August, with Grocer Jack four lengths back in second.

Despite having to prove himself on the ground, he has a few pounds in hand if the handicapper’s assessment of 117 is correct, and he still looks to be on an upward curve ahead of what will be just his tenth start.

Lassaut is a strong finisher who comes back down in trip after being beaten in an Arc trial three weeks ago. He was well held in the French Derby when fancied and a luckless fast finishing fifth in the French Guineas, but his form will need to be taken to a new level to trouble ANMAAT on evidence so far. 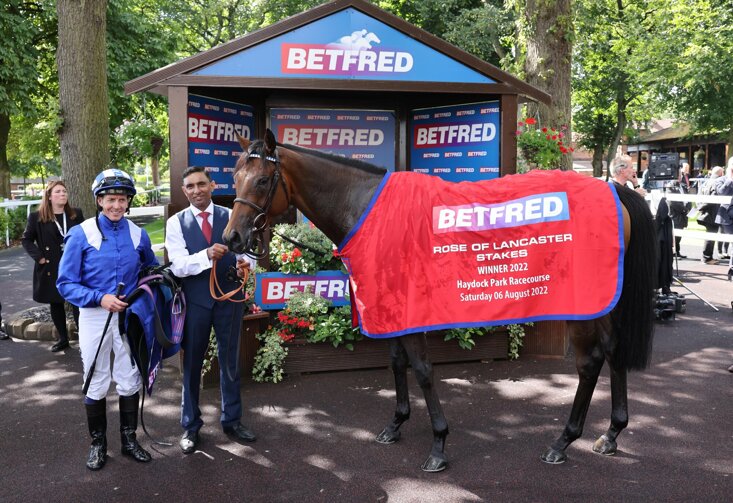 The big race of the weekend is the Prix De L’Arc de Triomphe, Europe’s premier middle distance contest, and one that Aidan O’Brien can claim for surprisingly only the third time.

LUXEMBOURG missed the summer due to a setback after finishing third in the 2000 Guineas, his only defeat in a six race career to date. That was a strong performance considering he was always thought likely to improve up in trip, having won over a mile in the Group 1 Vertem Futurity Trophy at Doncaster last October, a race that usually produces Derby contenders. That was his big aim before injury struck.

A workmanlike success in a Group 3 at the Curragh on his comeback set him up for a tilt at the Irish Champion. There, he defeated five of his rivals this weekend, with Onesto and French derby winner Vadeni immediately behind, pulling out more in the final 50 yards, with his authority never clearer than at the winning post. He won on soft ground, the step up in trip will bring about more improvement and he has been given a kind draw in stall 8. Aidan O’Brien has never gone better than third with a 3yo in this race, but this doesn’t look a vintage renewal and he is the one who could be a star.

Alpinista has been a revelation for Sir Mark Prescott. She hasn’t been beaten in two years and has won in Germany, Britain and in France during her run of seven straight successes, five of them Group 1s. She too has plenty in her favour. Reigning Champion Torquator Tasso has a poor draw in 18, having won from stall 12 last year. He was beaten in his prep race four weeks ago and needs more.

Japan craves Arc success, and their best hope in 2022 comes courtesy of their Japanese St Leger and Tenno Sho hero Titleholder. He must prove soft ground suits, although his Grandsire is 2005 Derby winner and Arc fifth Motivator, who loved cut. He stays further so if handling conditions, is a big player and could give Luxembourg most to fear.

Vadeni won the French Derby before holding off Mishriff to win the Eclipse at Sandown. Christophe Soumillon was criticised for taking an inner route behind the selection in Ireland last month, but I don’t think the result would have been different and he is a doubtful stayer in my eyes.

At a big price, I will have a mall each way play on ALENQUER with firms paying extra places. He was ninth last year having been far too keen for the first half mile. He looks to have been disappointing in last two starts, but he was forced to lead at Sandown in the Eclipse. His effort in the Irish Champion Stakes takes some forgiving, but he has strong form on right-handed tracks, handles very soft ground, had fantastic 3yo form and his Lingfield win in March was impressive too. At around 66/1 or 80/1, he could run into a place in the first-time blinkers.

The Prix De L’Opera is certainly up to standard in 2022 with many punters expected to follow in with French Oaks heroine Nashwa for the Gosden’s and Hollie Doyle. Her only defeat this season came in the Epsom Oaks when back in third and looking not to stay that trip, but she hasn’t looked back with wins over this trip at Chantilly and at Goodwood in the G1 Nassau Stakes.

However, stall 13 isn’t ideal and I prefer the claims of Joseph O’Brien’s ABOVE THE CURVE. She already has a course and distance success on her CV after winning the G1 prix Saint-Alary back in May and returned three weeks ago to take the Blandford Stakes at the Curragh. Ryan Moore sticks with her over Oaks heroine Tuesday which looks significant and has a decent draw in stall 5. She battled on well at the Curragh despite a late drift in the market and can continue her rise up the ranks having proven she handles significant cut in the ground.

At a huge price, I will also have a small each way play on Rosacea who has been overlooked after a poor run behind Trevaunance at Deauville. That was quite a slow run and she is better judged on a luckless third behind Nashwa in the French Oaks. Although beaten almost five lengths, she got no run and surged home late. Stephane Pasquier comes in for the ride and with a fair draw in 7, she has to be followed at around 25/1.