It is a rather quiet Easter Saturday of horse racing with no real standout contest but lots of competitive action, with the ITV cameras focusing on seven races spread between flat action at Musselburgh and jumping at Haydock.

They start with the 1.50 at Musselburgh where lots of eyes will be drawn to the recent wins of Stone Soldier. He has been a revelation at the all-weather this winter, but he is just one from eleven on turf and is 9lb higher than on his last start on grass.

Marshal Dan won nicely over course and distance in October and although well drawn here in two, he is 4lb higher and was ridden by an excellent 5lb claimer for that win. He has won three of his last six though, and is a player.

Hayadh has good course form and is the first runner for Harvey Bastiman after the sad death of his sister Rebecca. This would be a very emotional winner and I wish them all the best with this and the rest of their runners this summer. 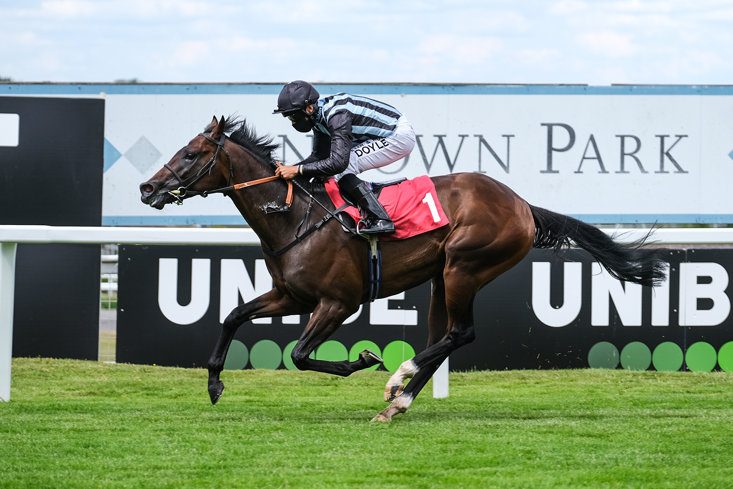 Any market move for Manigordo should be heeded too but the selection is MOLLS MEMORY from the plum draw in stall one. This is the earliest we have seen the 6yo make her seasonal debut and the ground will not be too quick for her and has the services of Hollie Doyle which too is eye-catching. She has never won off this mark but is just 2lb higher than when winning at Newbury last season and I expect her to go close.

The Royal Mile handicap sees seven three-year-olds face the starter over a mile, unsurprisingly. Forest Falcon sprang a shock when routing the opposition at Yarmouth on September by nine lengths. It will be interesting to see how he fairs off this mark, but I am not a fan of his price. Eve Johnson Houghton has started well and saddles Tornadic, who was narrowly denied in his hat-trick bid as a juvenile in October, and is a player here, while Colonel Faulkner was last seen winning in France and his previous two starts have worked out well.

I am siding with the experienced HEIGHTS OF ABRAHAM here though. He has had five starts and was a good winner in the last of those at Doncaster in October. He returns here 5lb higher but acts with cut in the ground and ran well in all starts last season.

A very trappy Scottish Sprint Cup as can be expected. It usually pays to be drawn high on the sprint course here, so hopefully that can narrow down this field of thirteen a little.

Justanotherbottle is a regular in these contests and will strip fitter for his run a fortnight ago at Wolves. He is well drawn in 11, as is Zarzyni in 12, a €62,000 purchase from Ireland by David Barron, who ran well on stable debut to be third on the all-weather. I expect he will be campaigned with the top sprint contests in the north on his agenda.

Caspian Prince will blaze a trail down the centre and he has been in good form in Meydan already in 2021 and will be fit for Mick Appleby, who has won this three times in the last six years, including the last two.

Paul Midgley saddles four, of which Tarboosh looks to have the best claims after is impressive win at Doncaster at Listed Level at the St Leger meeting in September; he also has had a wind operation over the winter and is a class act, but has plenty of weight to give away to a good field.

I will take a chance with COPPER KNIGHT in stall nine. He is 13lb lower than when fourth in the 2019 running of this race and ran well on seasonal debut last year but form tailed off. If he is back to 2019 form levels, he is very well handicapped and can track Caspian Prince to get a tow into the race.

From the sprinters to the Stayers’ and the Queen’s Cup is up for grabs at 3.35pm. This race would not look out of place at Royal Ascot and, in fact, The Grand Visir is a Royal Ascot winner who tops the weights. He is one of three in the race for Ian Williams that includes the hat-trick seeking Cardano, and the stable debut of Indianapolis, who was fancied for the Cesarewitch last season and has some good staying form on his CV when with James Given.

I do like NATE THE GREAT here off a nice weight of 9-2. He won at the course as a youngster when with Archie Watson and has run consistently well since joining Andrew Balding. He could have run on Finals Day at Lingfield, but his last turf run saw hm finish four lengths behind the The Grand Visir in the Queen Alexandra at Royal Ascot. He now gets a 7lb pull on that run, plus has the services of excellent 5lb claimer Will Carver. This mile shorter trip will suit him better than the top weight too and is the one to beat. 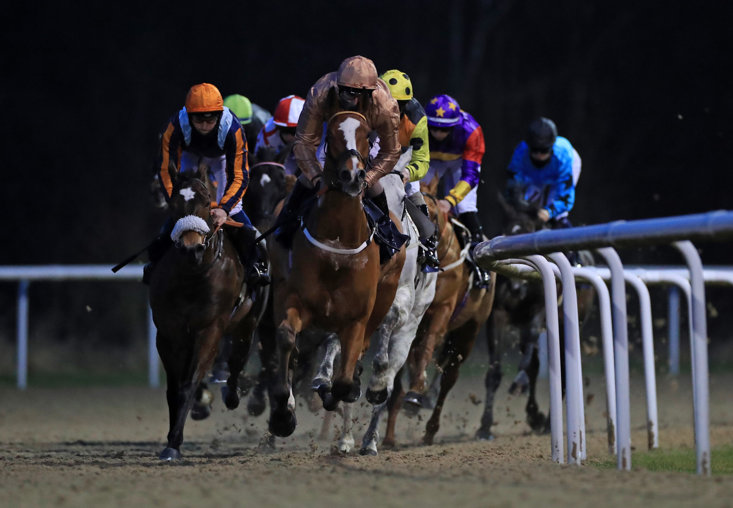 There is also some jumping action at Haydock to look forward to, starting with the 2.05pm in front of the ITV cameras.

The 2.05pm at Haydock is a two-mile handicap hurdle that should be fast and furious on decent ground on Merseyside. Vision Du Puy finally popped up at Stratford three weeks ago but has to back it up off a 5lb higher mark, while Shantou Express has plenty of weight to give away after some decent efforts in novice company and just failed to give 5lb to the improving and likeable Pay The Piper at Wetherby last month.

Donald McCain won the race two years ago and saddles Chti Balko, who won at the track in December in very different conditions. I like XCITATIONS here for Pam Sly and Kielan Woods. He flew round Fakenham to easily win a fortnight ago and can defy a 10lb hike. He is still lightly raced and, at the age of six, appears to be finding his best form as he beat a useful Paul Nicholls horse at Huntingdon in November and saves his best for decent ground.

From fast hurdlers to staying chasers with a three and a quarter mile the trip at 2.40pm.

Debece bounced back to form on a stable debut for the Skeltons at Sandown and he is a very well handicapped horse on previous exploits, especially over hurdles where he ran in a Grade 1. It was an all-out ride from Harry Skelton at Sandown, and he got tired up the hill for home to finish second and the assessor put him up 2lb for that effort.

This will be like a sprint for Crossley Tender, who was narrowly denied in the Eider at Newcastle last time. He travelled well there and looked the likely winner over the last, just to be denied by Sam’s Adventure. He has had five weeks to recover but will need to jump better here in a deeper field.

Checkitout is on a hat-trick after easy wins at Southwell and Ludlow, while Defuture Is Bright is also respected off a feather weight after a Fakenham success two weeks ago.

I like SILVA ECLIPSE here though for the bang in form team of Sue Smith and Ryan Mania. The yard is operating at a 25% strike rate in the last fortnight and Silva Eclipse likes Haydock. His form figures here read 2223129, with that most recent effort coming when the yard was badly out of form. This will be just his third chase start and beat an in-form rival at Sedgefield a month ago. He looks a solid each way proposition in a good race.

It is the same trainer/jockey combination for me at 3.15pm too, with SMALL PRESENT representing Sue Smith and Ryan Mania. Small Present was knocking on the door going to Catterick in February when winning over an extended three miles, which also coincided with the stable exiting a poor season. He followed up gamely at Doncaster under an all-actioned Richard Johnson ride, but was well on top at the line and looks about stamina. I do not think a 6lb rise will stop him going very close here to landing the hat-trick. 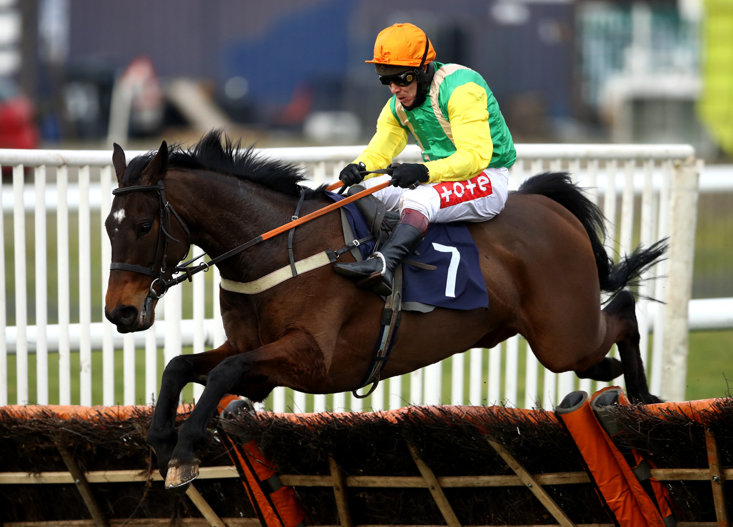 There are plenty of dangers lurking, not least recent Newbury winner Regarding Ruth. She was a surprise 22/1 scorer that day from Iwilldoit and has an 8lb rise to defy. The runner-up that day will be ridden by a good 7lb conditional too, so is much better off at the weights and can reverse the form.

Ashtown Lad started the season well but was well beat at Cheltenham in January before pulling up at Doncaster in January. He is in much calmer waters here but has a bit to prove now and is burdened with topweight, therefore the ultra-consistent Supakalnistic maybe more of a threat.

Away from the ITV camera, I thought FIVE STAR GETAWAY (1.30 Haydock) would be hard to beat in is hat-trick bid after an easy win at Sandown a couple of weeks ago.

Over at Fairyhouse for the start of the Irish Grand National meeting, I will stick with FOLCANO (3.30pm) who only got as far as the first at Cheltenham before taking a heavy fall. My angle there was the better ground bringing about improvement and he has run well in soft ground novice contests to think he could be a well-treated horse in handicaps.

Best of luck this weekend and enjoy the racing!