In the summer of 1990 England tasted their first ever penalty shootout heartbreak when they went out on spot-kicks to West Germany in the semi-finals of Italy ’90; but the agony wouldn’t end there as six years later they would suffer the same fate again to the Germans, this time on home soil at Euro ’96.

The 1996 European Championships didn’t just capture the imagination of English football fans it struck a chord with pretty much the whole population as football fever gripped the nation during four weeks of high-octane action played against a backdrop of glorious sunshine.

This was the summer of Britpop, the Spice Girls and Baddiel and Skinner‘s “Three Lions,” as for one brief moment it really did look like football would be coming home some 30 years after the nation last enjoyed success on the international stage.

There was plenty of optimism in the England camp too with a healthy mixture of youth and experience in the squad as the likes of Paul Gascoigne and Stuart Pearce - who were part of the team which finished fourth at Italia 90 - blended with youngsters, Gary Neville, Robbie Fowler and Sol Campbell, who were all emerging as huge Premier League talents. 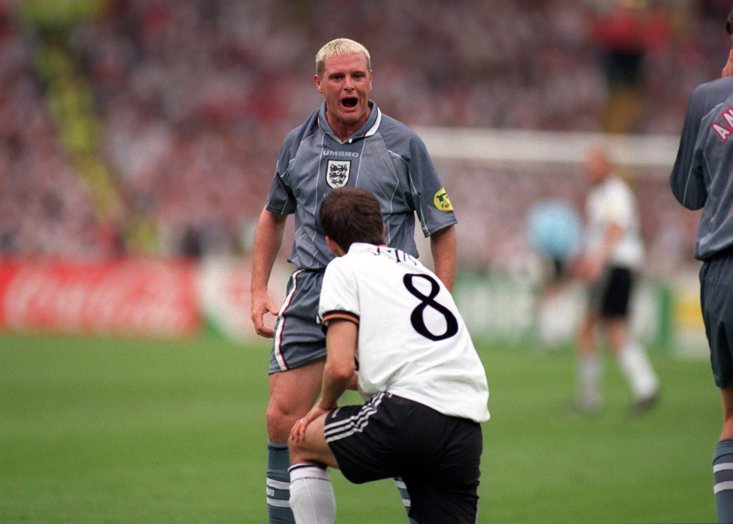 As in previous competitions England started slowly with a 1-1 draw with Switzerland in their opening game before truly sparking into life with a thrilling win over Scotland and a demolition of Holland which is still talked about as one of the greatest Wembley performances ever.

The 4-1 trouncing of the 1988 European Champions ensured Terry Venables’ men would progress to the quarter-finals where they would face Spain and this time the Gods were shining on the English as they went about exorcising at least some of the ghosts of Turin by winning their first ever penalty shoot-out to book a place in the semi-finals as David Seaman saved from Miguel Angel Nadal after Fernando Hierro had hit the bar.

And once again England would face familiar foes in the Germans, a side they had defeated at Wembley in the final of the 1966 World Cup but also a team who had knocked them out in the quarter-finals in 1970 s well as the semi-finals in Italy.

By this stage the nation was riding a wave of passion and patriotism as realisation sunk in that this could actually be England’s year with only the 1990 World Champions and the destroyers of so many of their previous tournament dreams standing between them and a major showpiece.

If confidence was high before the game that optimism was renewed when Alan Shearer headed Terry Venables' side into the lead from a corner after just three minutes, prompting mass celebrations around Wembley and across the nation as an estimated 20 million people watched on TV at home and in bars. 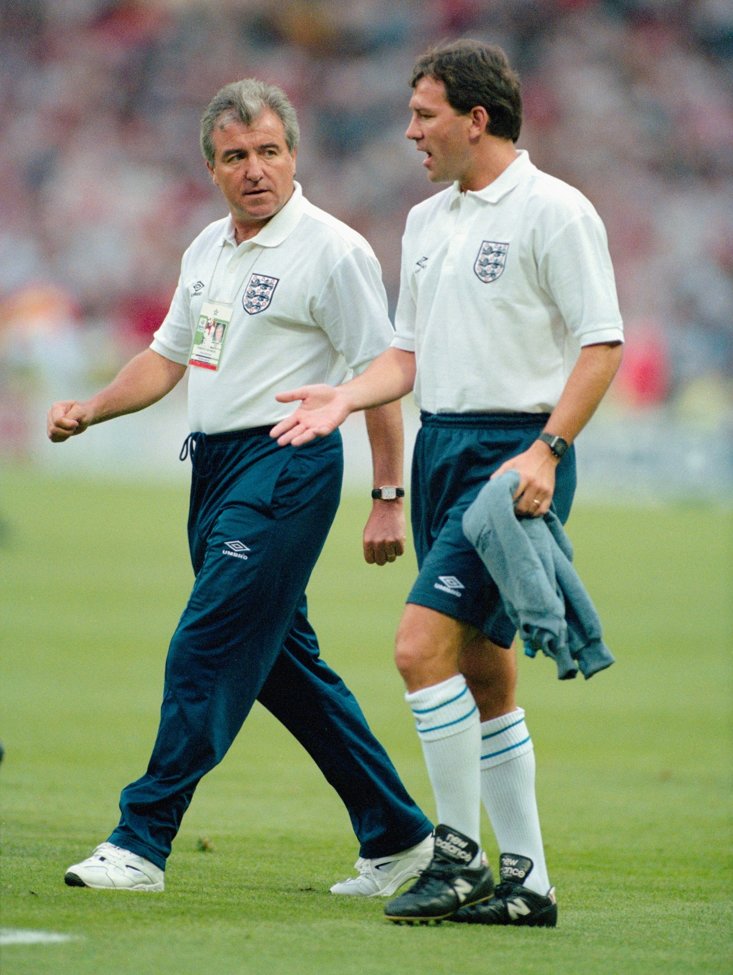 But the dream didn’t last long as Germany levelled the scores just after the quarter-hour with Möller feeding Thomas Helmer who swivelled inside the area and crossed for Kuntz to force the ball past David Seaman.

If anything, the equalizer spurred England into life as Teddy Sheringham was denied on the goal line after a trademark near-post dart to meet a corner and Shearer headed Darren Anderton's cross wide.

Germany countered too as they looked to hit England on the break with Helmer blazing over with their best opportunity of the second-half as both sides attempted to tighten up but with the stalemate still unbroken the game would go into a period of Golden Goal extra-time. 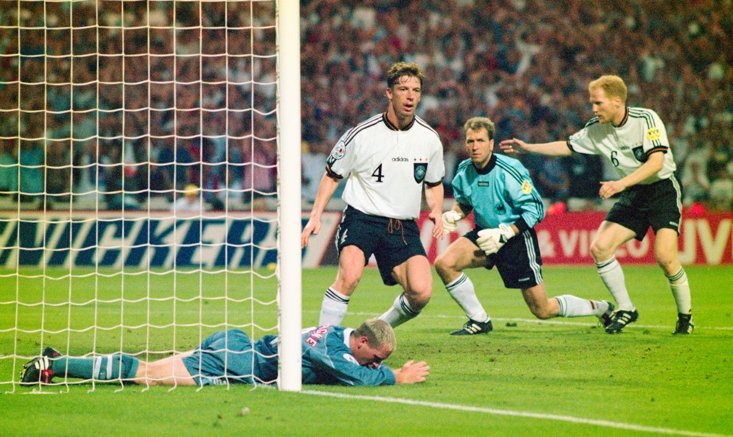 The drama showed no sign of relenting in the added 30 minutes as Anderton struck a post and Gascoigne came a stud's length from poking in Shearer's cross while Germany had a goal controversially disallowed, but there was no avoiding the inevitable and despite England coming agonisingly close another penalty shoot-out was required to decide the victors.

England showed just how much they had improved their nerve in shootouts by failing to miss any of their first five from the spot though. Unfortunately, neither did Germany - meaning it was down to sudden death to decide the outcome.

Gareth Southgate was the first to step-up for England but his desperately tame effort was easily saved by Kopke meaning it was up to Seaman to keep England’s hopes alive, but Andreas Moller’s inch-perfect penalty easily beat the Arsenal stopper to send the German fans wild with delight while ensuring that once again England would exit a major semi-final with Germany in the most agonising way possible.