Football
News
What Chelsea Boss Maurizio Sarri Must Do Next Season To Reinvigorate A Misfiring Blues And Challenge Liverpool And Manchester City For Glory
Steve Chambers
20:47, 19 Mar 2019

Chelsea manager Maurizio Sarri will need a strong end to the season in order to maintain his job at Stamford Bridge.  Whether success in the Europa League will be enough to stop Roman Abramovich and the Chelsea board sacking the Italian, one thing is for sure, should Sarri be at the west London club for the opening match next season then he must be willing to alter a few things that have come in for criticism this season.

We pick out some points that could help Sarri improve at the Blues:

Be Willing To Drop Jorginho

Arguably the most frustrating thing for Chelsea fans this season is Sarri's stubbornness. When things haven't been going well, Sarri has stuck with his tried and tested method of pretty much naming the same starting XI and Jorginho has certainly come in for major criticism for his performances at times this season.

Prior to Jorginho's arrival, N'Golo Kante was regarded as the best holding midfielder in world football and probably still is alongside Manchester City's Fernandinho.  But, when Sarri arrived Kante was nudged forward in Chelsea's midfield and Jorginho was adopted as the wall ahead of the defence.  Now, Jorginho's passing ability is far superior to that of Kante and he is the man that gets Chelsea on the front foot, but his ability to cut out danger isn't in the same stratosphere as Kante, whose innate nature to be in the right place at the right time is sensational, and if Jorginho fails to emulate Kante's defensive qualities then he must be switched.

Jorginho's passing statistics are scary at times, but he needs to improve defensively and if he doesn't then Sarri should give him a break. 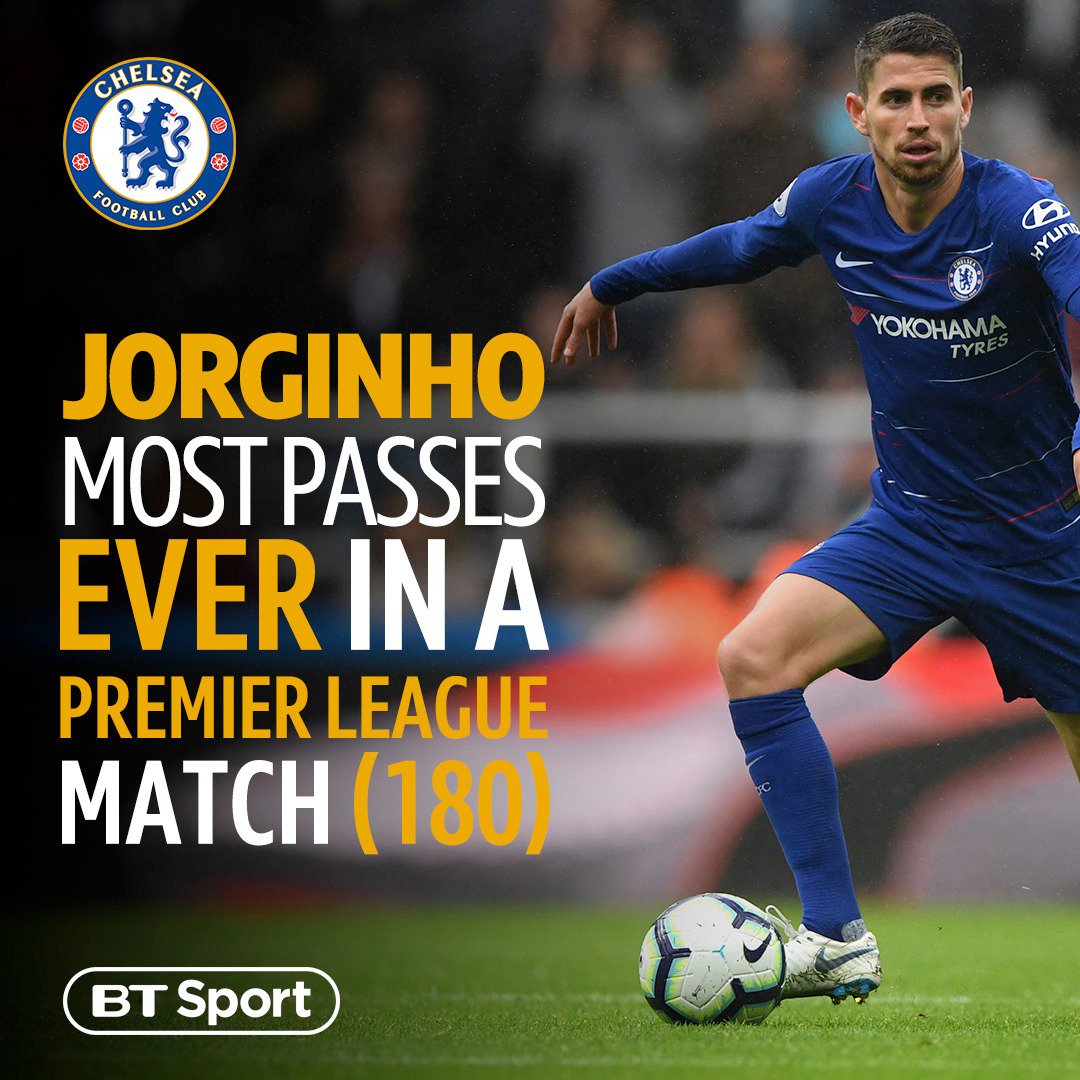 Show The Players Who Is Boss

A running theme at Chelsea in the Abramovich era is that the players have sometimes held more power than the manager.  During the times of John Terry, Frank Lampard and Didier Drogba there were players that would help the manager get the players on side, but since the departure of that star triumvirate there have been some dark times and the farcical Carabao Cup final situation with Kepa Arrizabalaga and his unwillingness to come off when supposedly injured highlighted this.

Sarri's inability to stamp his authority on the Blues stopper left the veteran boss irate on the touchline as Arrizabalaga continued the game.  If Sarri wants to improve the Blues squad then he must show the players that he is the main man at the club and players should act to his orders and not the other way round.  Sarri is the right fit for Chelsea and it was always going to be tough on his first season, but he must spend the summer making sure that the players know he must be obeyed at all time.

Have Confidence In Youth

Chelsea's youth system has often been a feeder for other English football clubs, but it's time now that Sarri trusts some of the Blues youngsters and they have some exciting talents at their disposal.

Callum Hudson-Odoi has already gained a call-up from Gareth Southgate to the full England squad, but he still remains a bit-part player under Sarri, but the 18-year-old midfielder is good enough to be played in the Premier League, while Ethan Ampadu has shone in a Welsh national shirt, so is another that can galvanise a Blues side devoid of youth, and Sarri can next season trigger a new revolution at the Blues.

With a transfer ban running until 2020, Sarri will be forced to tinker with his current squad in order to gain the best results, and while Christian Pulisic will be an excellent addition to the squad, it's the likes of Hudson-Odoi and Ampadu that can help give a static Blues squad the lift it needs to get challenging for titles again. 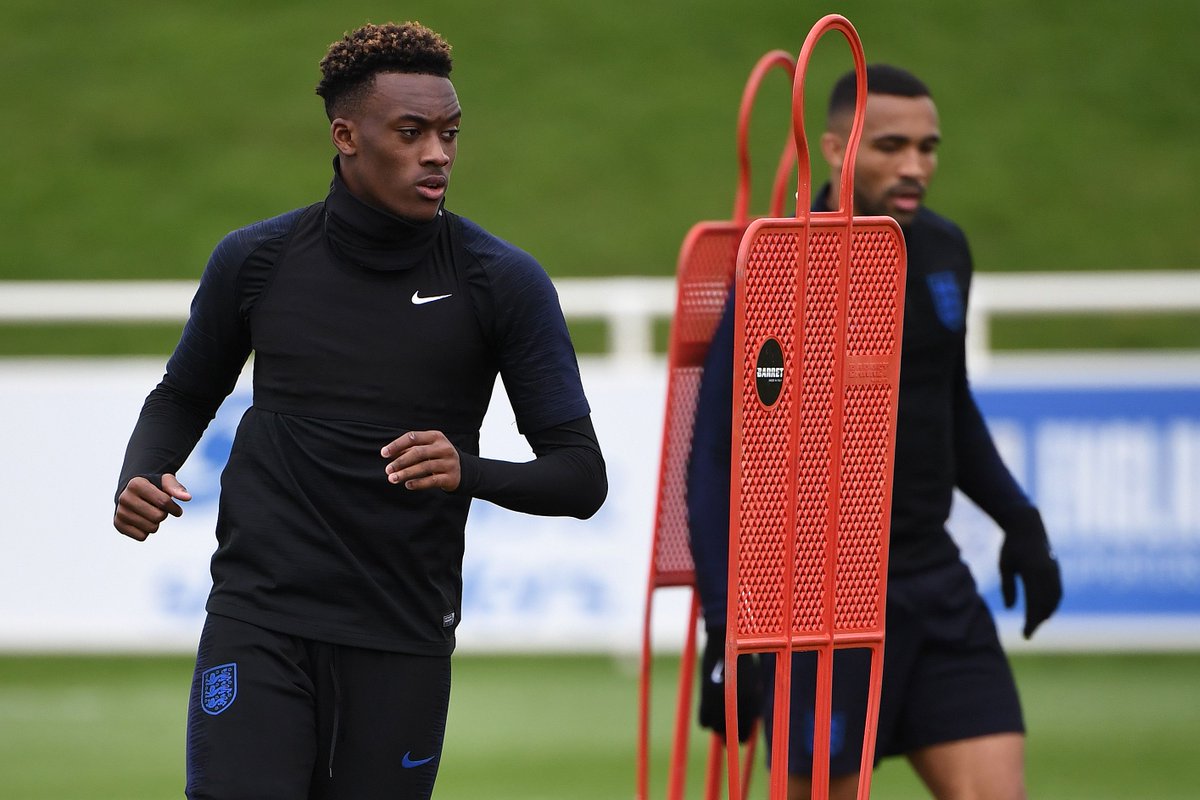 556
5735
More
football
Get Ready For A Nostalgia-Fest With Italia '90 Podcast Vincerà!
Hosted by Mark Godfrey and running from June 8th to July 8th, Vincerà! is a 24-part podcast series [ ... ]
football
Harry's Heroes, Vinnie Jones And Revenge At The Battle Of San...
When Vinnie Jones started crunching San Marino players left, right and centre, it was clear the friendly [ ... ]
football
Prodigal Talent Of The German Game Is Turning RB Leipzig Into...
This article first appeared in The Sportsman on 07/12/19 What were you doing at the age of 28? If it [ ... ]
football
''I Was Really Wasted'': When Jurgen Klopp Woke Up Hungover...
This article first appeared in The Sportsman on 05/09/19 Anyone watching the Amazon Prime documentary [ ... ]
football
Book Review - Yer Joking Aren't Ya?: The Story Of Middlesbrough's...
In 1997, Middlesbrough Football Club reached the finals of both the League and FA Cup, had the might [ ... ]
football
Carragher's Brilliant Podcast Shows The Greatest Games Are The...
What’s the greatest football game you’ve ever seen?  Jamie Carragher doesn’t [ ... ]
football
Red Bull And The Football Training Centre Of The Future... Today!
It is now 33 years since Red Bull sold its first ever energy drink. Pre-April Fool’s Day 1987 [ ... ]
football
On This Day Messi's Barcelona Tally Hits 500 In El Clásico Triumph
If you’re going to hit a milestone, and one that no one in your club’s illustrious history [ ... ]
football
The Secret Behind The Success Of Lineker, Shearer And Wright's...
The unavoidable hiatus to the broadcast of the BBC’s flagship football programme will not deny [ ... ]
football
Neymar Jr... Junior! Santos Like The Look Of Ronaldo-Imitating...
On March 7 2009, a slightly-built 17-year-old from Mogi das Cruzes, São Paulo, walked out onto [ ... ]
football
Business As Usual: A Beginners Guide To The Belarus Premier...
If you’re going out of your mind without your football fix, well we’re sorry you just haven’t [ ... ]
football
Why June 30 Could Be D-Day For The Fate Of Premier League Season
England captain Harry Kane has added his voice to the growing calls for the Premier League season to [ ... ]
football
You Heard It Here First - Brescia's Sandro Tonali Is Italy's...
Since winning the World Cup in 2006, it has been turbulent time on the international stage for Italy. [ ... ]
football
A Reunion With Ancelotti Could Resurrect Rodriguez's Stuttering...
No club chews up and spits out world class players quite like Real Madrid. Yet, their sense of entitlement, [ ... ]
football
'Quickly Kevin' Is The 90s Football Nostalgia Podcast To Beat...
While the majority of sports podcasts scramble to fill the minutes within the disruption of the [ ... ]
football
Where Did It All Go Wrong For Phil Neville And The Lionesses?
Winning, Phil Neville recently said at the SheBelieves Cup, is what would bring England’s women [ ... ]
football
''Drop A Few Hand Grenades'' Keegan's Advice To Scholesy The...
A packed out Wembley roared like one of those indomitable Three Lions to greet England’s new messiah. [ ... ]
football
Rise Of The Couch Coach: Coronavirus Causes 119% Surge In Football...
Thousands of us are flocking to virtual reality and gaming to help fill the void of no live football, [ ... ]
football
Review: Diego Maradona - Drop Yourself Into The Great's Chaotic...
When Diego Armando Maradona arrived at Napoli in 1984 for a world-record fee, the entire city ground [ ... ]
football
Arsenal's Tough Choice - Is Donyell Malen The Ying To Aubameyang?
Arsenal’s inability to manage the contractual situations of their biggest stars has plagued them [ ... ]
football
Robbie Fowler Is Making His Mark As A Manager With Brisbane...
The curtains came down on one of the last bastions of football standing in 2020 this week. Before the [ ... ]
football
Long Live The King: Eric Will Always Be Manchester United's...
“If ever there was one player, anywhere in the world, that was made for Manchester United, it [ ... ]
football
I Was There - The Day Football Came Home To Wembley
The closest I ever got to attending the original Wembley Stadium was on its final day in operation in [ ... ]
football
'Sunderland Til I Die' Heads To The Boardroom In Netflix's Second...
The docks have been left deserted. The wealth has dried up. Wearside has become an impoverished place [ ... ]
football
How Chief Creator Silva Became New Face Of Premier League
Football has been cast into uncertainty by the coronavirus pandemic. As it stands, nobody is sure if [ ... ]
football
Lookback:Chelsea 6-0 Arsenal When Arsene's 1000th Game Went...
It was supposed to be an occasion to celebrate for Arsene Wenger, but his 1000th game in charge of Arsenal [ ... ]
football
Ronaldo, Kane, Hazard - The Winners And Losers Of Euro 2020...
So as of this week Euro 2020 became Euro 2021. Another casualty of the global Coronavirus epidemic. [ ... ]
football
Time To Act And Move The Premier League Transfer Window
When my husband had an ear infection, I used my medical knowledge to help him. I said the best thing [ ... ]
football
Southgate Shows Strong Leadership With Rallying Cry To Fans
England head coach Gareth Southgate has sent a rousing message to national team fans as football continues [ ... ]
football
Lookback:Spurs And Chelsea's Eight Goal Thriller
In the three full seasons of Jose Mourinho’s first spell as the club’s manager, Chelsea [ ... ]
This website uses cookies
Cookies help us and our partners provide statistics. By browsing this website, you consent to the use of cookies in accordance with our Privacy Policy and Cookies Policy.
Accept & Close