Football
News
The likes of James Maddison, Fikayo Tomori and Conor Gallagher are all pushing for a place
Simon Lillicrap
08:00, 04 Jan 2022

England and Gareth Southgate enter this rather unique World Cup year in a position of strength. Last summer, his side put in their best tournament performance since 1966 and were just a penalty shootout away from ending that wait for a major trophy, and now look ahead to Qatar in genuine contention to lift the World Cup.

However, unlike England team’s of the past, this young and vibrant Three Lions squad looks to have a long-term future ahead of them with the likes of 20-year-old Bukayo Saka, 21-year-old Phil Foden and 22-year-old Declan Rice already established members of the side.

So this year, it is arguably harder than ever before for any potential hopefuls to get themselves a place on the plane to the World Cup. After all, how can you drop individuals that performed so admirably on home soil last time out? Even so, there are several in form names playing in both the Premier League and abroad that are on the fringes of the squad.

In goal it seems like Jordan Pickford will retain the number one spot from Aaron Ramsdale, but the third spot is still up for grabs. Dean Henderson hasn’t had much game time at Old Trafford, Sam Johnstone is playing in the Championship with West Brom so it looks as though Nick Pope is currently in pole position. However, Pickford and Ramsdale - given his excellent form at Arsenal - are the clear top two and are unlikely to be displaced at this point.

With an entire year of football to be played, a whole lot can change before the first ball is kicked in Qatar, and England’s central defence is arguably the weakest position on the pitch. Harry Maguire and John Stones will go, despite indifferent form, but Conor Coady and Tyrone Mings have by no means nailed down the other spots in the squad.

This leaves the door open for the likes of Fikayo Tomori, who is challenging for the Serie A title with AC Milan to leapfrog them and given their form of the trio so far this season, it is difficult to see how the 24-year-old out in Italy won’t be in the squad. He is four years younger than both of his rivals and now consistently performing at a higher level.

Fikayo Tomori
@fikayotomori_
Happy New Year everybody!❤️
Thank you for all the love and support in 2021, here to 2022🎊🥂. 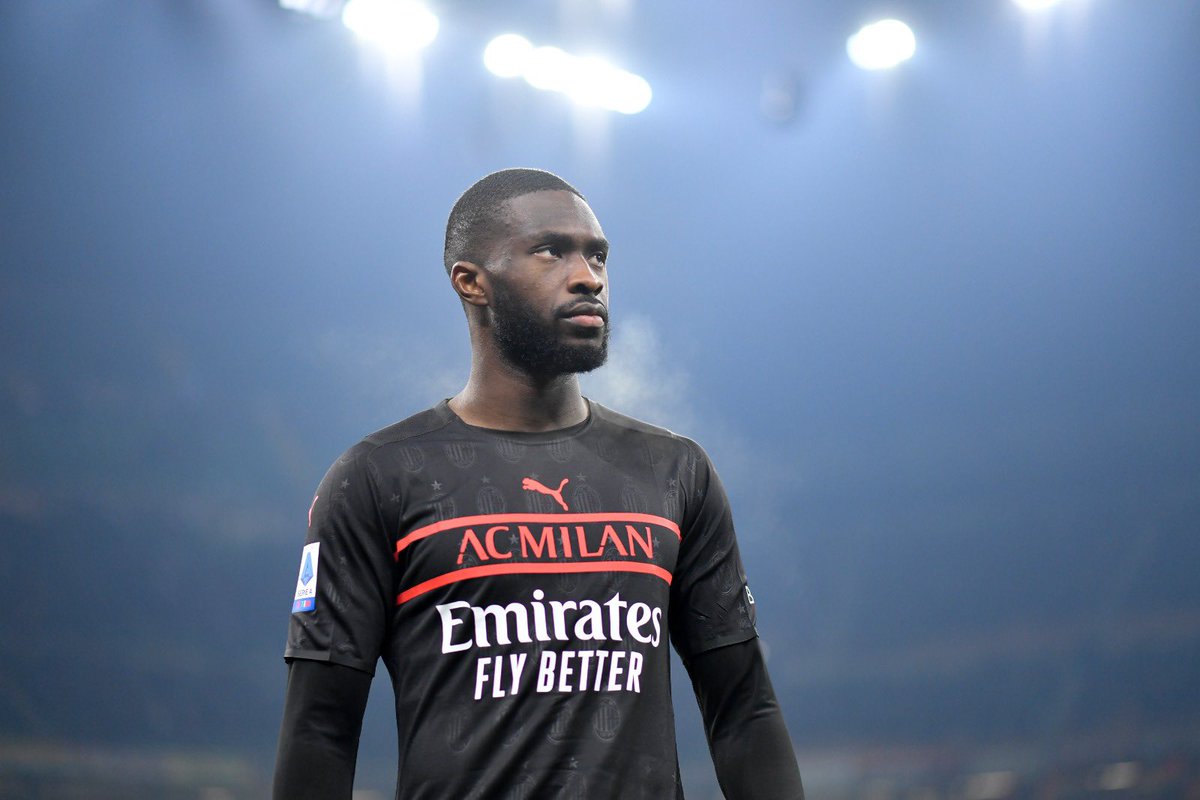 Arsenal’s Benjamin White has also emerged as a key continue after his move from Brighton. He was in England’s 33-man squad for Euro 2020 before being cut when the final 26 was named, however, he has stepped up and now consistent game time at centre-back has also surpassed his other English centre-backs. Ben Godfrey is also in contention having missed out on Euro 2020 and despite Everton’s poor form, a strong 2022 where he gets played in the middle of the defence rather than at full-back should see him in contention along with White and Tomori.

Right-backs. Crikey. Having initially included all four in his Euro 2020 squad, there is little to no room for anybody else to make the step up. Kieran Trippier’s likely move to Newcastle will test him but he has an awful lot of international credit in the bank, while It still seems as though Alexander-Arnold is far from secure in this squad. Despite his individual talent, when England play a back four Kyle Walker is better, and when they play a back five, Reece James is more suited, as he plays in that system for Chelsea.

England’s left-back position looks slightly weaker than it did last summer due to Luke Shaw’s omission from Ralf Rangnick’s preferred XI and Ben Chilwell’s injury, so both will have to put in some consistent performances next season to secure their place on the plane. James Justin is probably the most talented option to challenge, but he will need to work his way back to full fitness and shine for Leicester after a long-term injury.

Ben Chilwell
@BenChilwell
Back in the building 🤩 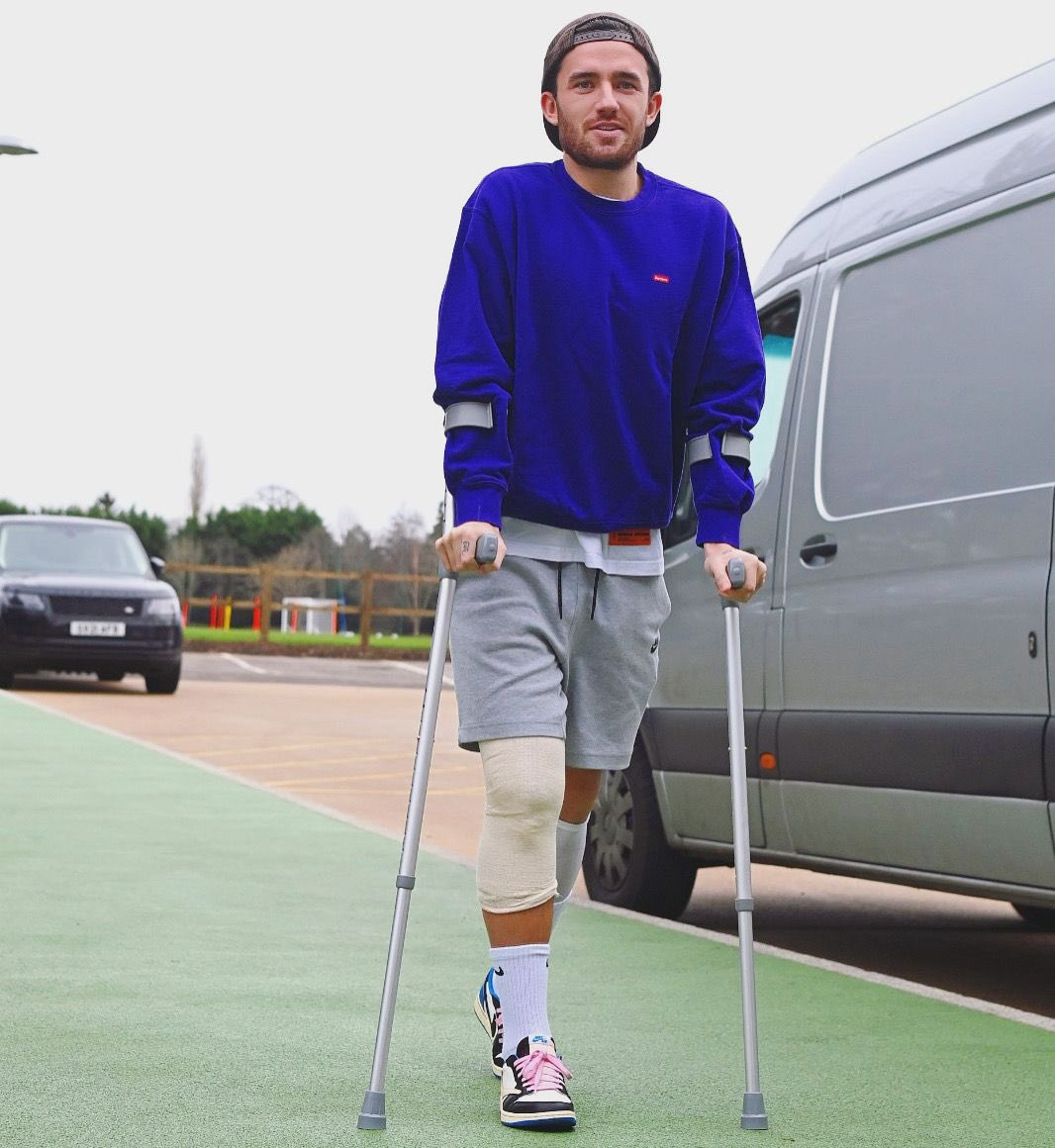 For England’s creative midfielder, most notably in-form Conor Gallagher and James Maddison, it seems only exceptional performances or an injury will allow them to make the squad. Emile Smith Rowe is also in that bracket but is possibly just ahead of the duo having made and scored on his international debut in 2021. There’s just so much creative talent ahead of them in the form of Jack Grealish, Mason Mount, Foden, Saka, Sterling and Marcus Rashford, all of whom have now performed at an international tournament, that perhaps only one will be able to break in.

Harry Kane will be included, but it does feel like there is room for another striker, presuming Dominic Calvert-Lewin returns to form and fitness. Tammy Abraham is vying for that spot on good form for Roma, while a good year for the likes of Danny Ings, Ivan Toney or Patrick Bamford could get them back into contention.

It’s a big year for these players, who will all be dreaming of pulling on that famous white shirt at a World Cup. Eleven months of hard work stand in-between them and that dream, and for Gareth Southgate, the more in-form players he has to choose from, the better England’s chances of going all the way.

However, bear in mind that the 26-man squad that was picked for Euro 2020 is set to be reduced back to the usual 23-man squad, so three names are already going to miss out. The test just got tougher for these fringe players.