Football
News
The international break may arrive at the right time for the faltering Spurs forward
Joey Mills
15:32, 28 Sep 2021

Another weekend of Premier League action, another goalless display from Tottenham Hotspur striker Harry Kane. The England captain has failed to register in five league games this season, though he has found solace in the Carabao Cup and Europa Conference League.

Following a summer of transfer speculation over a failed move to Manchester City, there is talk that rather than witnessing a blip, we are seeing a Kane who is not putting in the requisite effort. With England set to play World Cup qualifiers with Andorra and Hungary at the start of next month, the question must be raised: how do you solve a problem like Harry Kane?

You can argue that we are not truly witnessing a problem at all, but rather a natural accumulation of factors. While Kane is in poor form, attracting criticism for a lacklustre display against Arsenal on Sunday, there are possible explanations. For a start, he played a vital role in taking England to the final of Euro 2020, and he is not the only player from that squad to have shown adverse physical effects in this campaign.

Harry Maguire and Luke Shaw both pulled up injured in Manchester United’s loss to Aston Villa on Saturday, for example. The lack of a proper pre-season means Kane will not have returned at peak condition. Of course his detractors would be well within their rights to point out he allegedly refused to return to training on the date he had been instructed, a hangover from his failed City move.

Another defense of Harry Kane would be his current England form, which is extremely good. After netting three goals at the Euros, he bagged another three in the September World Cup qualifiers. Two of the three arrived against Andorra and Hungary, the opponents England face next month. The form guide suggests the former Norwich City loanee can have an impact against these teams again. However, is there a chance the additional baggage of a five-game league goal drought dents his confidence for England? 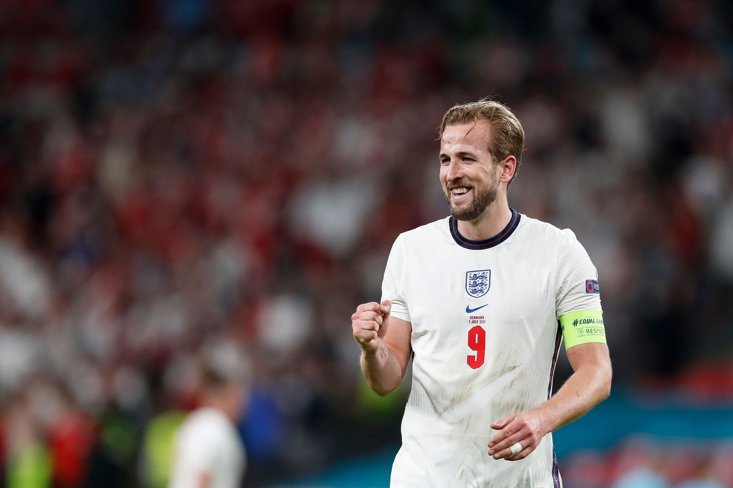 Conversely, you could say Kane’s loss of form is a mess of his own making. The late return to pre-season training, and the sharp drop-off in performance levels, have happened in concert with his desperate attempts to move to the Etihad. Whether the vaunted “gentleman’s agreement” with Daniel Levy is genuine or not, it is fair to say Kane could have abandoned his campaign to leave sooner and knuckled down.

He signed a six-year deal in 2018, and as a player well on his way to becoming a Spurs legend, he has a responsibility to give maximum effort for his club. Obviously circumstances change and the Kane of three years ago is not the same man as the Kane of 2021, scarred as he is by a continued failure to win the trophies that would cement his reputation. But he still has a commitment to make Spurs his priority until a move can be arranged, which is unlikely to happen before next summer.

So what do Kane’s faltering fortunes mean for England? Southgate has always been a manager who places a greater emphasis on how players play for him rather than club form. It is unlikely his captain is at risk of being dropped due to his ropey Spurs displays. He is probably correct in this assessment, as Kane has proven this season he can still perform his England duties to a high standard. He is coming off three goals in three qualifying games during the last international break, and as captain is even more unlikely to be overlooked.

Even if Southgate was beholden to club form in his selections, he has seen his forward options limited by a spate of injuries. Dominic Calvert-Lewin, Patrick Bamford, Marcus Rashford are all doubts for the October qualifiers, strengthening Kane’s hold on the number nine role.

Kane has endured goal droughts before, and has always recovered from them to find his usual world class form. As the disappointment of his failed transfer fades, you would back a player of his experience and quality to return to his best. The international break may even arrive at the right time for the forward, allowing him some time away to recapture his goal-scoring touch. If he emerges from these games without getting on the scoresheet however, the pressure will no doubt intensify, such is the lens a player of his stature finds themselves under.

Kane and Tottenham are next in action in the Europa Conference League when they host Slovenian outfit NS Mura on Thursday. Spurs are 1/11 to win in 90 minutes with Betfred, while the visitors are 18/1. The draw can be backed at 15/2.