Football
News
Denmark have already come to the home of football and stunned England once and they’ll be confident of history repeating itself in the Euro 2020 semi-final
Simon Lillicrap
07:05, 07 Jul 2021

Anybody who thinks Denmark are a mere stepping stone between England and the Euro 2020 final is nothing short of deluded. Not only have Kasper Hjulmand’s side been one of the standout teams this summer, they also beat England at Wembley the last time these two sides met, and held them to a draw in their other Nations League encounter.

Gareth Southgate has never underestimated an opponent, but he does face a huge challenge to steer his Three Lions into their first final since 1966. Denmark humbled England at Wembley just nine months ago, and England’s last competitive win over the Danes came in the 2002 World Cup - so Southgate has a lot to learn from his sides’ two matches against this talented side back in 2020.

There have been two key changes in this Denmark side between those two games and this semi-final. First of all, they preferred to play with a back four in a 4-2-3-1 system up against England’s 3-4-3, but now the roles could be reversed, as Southgate has preferred a four back system in this tournament.

Now Denmark’s preferred formation sees a rock solid back three, composed of Southampton’s Jannick Vestegaard, Simon Kjaer and Andreas Christensen. Those three have formed the backbone of this Danish team, with destroyers Pierre-Emile Hojbjberg and Thomas Delaney protecting them in midfield. Those protectors have always been key to Denmark’s success, but in the past they were there to allow Christian Eriksen to flourish. 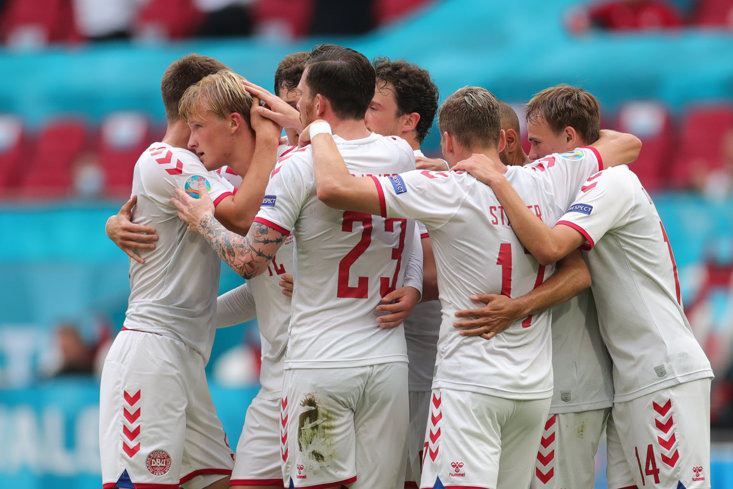 He was the man who ran the show against England at Wembley from the number ten position and converted the penalty that saw Southgate’s side fall to a damaging defeat, but on the pitch Hjulmand has managed to unite his side in the Inter Milan man’s absence. Of course, the trauma that this group of players had to cope with in their opener was almost unparalleled, and they have been the neutrals’ favourites ever since that incident, but the way they have restructured since then has been incredible.

Joakim Maehle has been sensational since moving into the left wing-back role, while the narrow front three which includes Kaspar Dolberg, Martin Braithwaite and the breakthrough star Mikkel Damsgaard have caused teams all sorts of problems - and that is without considering the returning Yussuf Poulsen.

Their four at the back system against England last year allowed them to attack with numbers through midfield, but it could be argued that they look even more dangerous in this new system. Only Wales, for ten minutes, and the Czech Republic, for 25 minutes, were able to really put them on the back foot - but even so, Hjulmand managed to find a way to win both of those matches.

The positive for England is that they didn’t concede from open play in either of their last two meetings, but they did so at the expense of any attacking ability. Kalvin Phillips and Declan Rice, the preferred duo in this tournament, started in midfield and were overrun by the Danes, while Harry Kane and Jadon Sancho failed to make an impact at the other end.

However, there are positives for Southgate to take into this one. Ainsley Maitland-Niles, Reece James and Conor Coady all started and Harry Maguire was sent off after 30 minutes which disrupted their gameplan. Those three will not be involved this time around while Maguire showed great maturity when at risk of a ban in the quarter-final. This England team has certainly grown in confidence as the tournament has progressed. 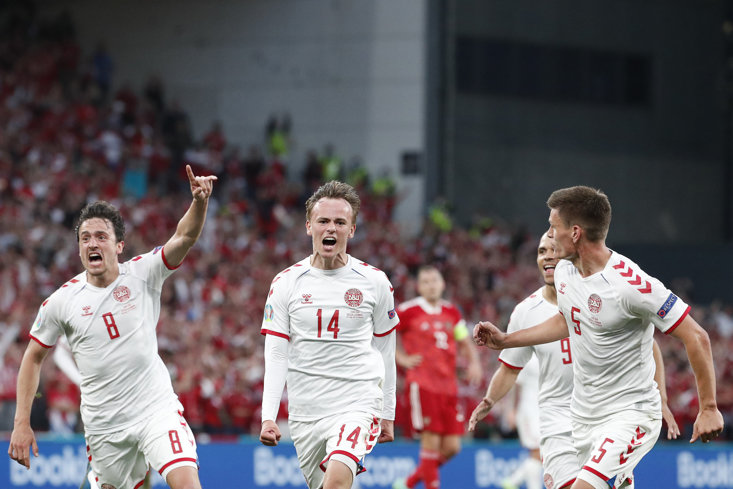 Also, Wembley was empty that day. This semi-final will see 60,000 fans desperate to see England make it to a major final for the first time in 55 years. They’ll all have a big role to play if the Three Lions are to write their own history, and book their place in the final on Wednesday night.

Denmark have already come to the home of football and stunned England once and they’ll be confident of history repeating itself in the Euro 2020 semi-final. The Danes have also done something the English never have - won this trophy before. However, this England side seem to have learnt from their past mistakes, and Southgate will hope his side have learnt from those two meetings in late 2020.

25 years on, he could be dreaming of semi-final redemption.