“I can’t talk about individuals now but there’s a chance you’ve seen the last of [some] players” Manchester United boss Ole Gunnar Solskjaer seethed back in May after his side's draw with Championship-bound Huddersfield Town.

That penultimate game of the season dashed any Champions League hopes for the three-time European Cup-winners in 2019/20. Yet those immediate comments did offer encouragement for the suffering supporters drained by a succession of lacklustre performances in the last sprint; would the long-awaited clear-out finally happen?

The current Manchester United set-up is a vague, distorted vision of five men; the remnants of Sir Alex Ferguson’s last title-winning side of 2013 and the contributions of his successors - David Moyes, Louis van Gaal, Jose Mourinho, and now Solskjaer.

United finished the 18/19 season trophyless, having to watch neighbours Manchester City’s produce a domestic silverware clean-sweep and Liverpool take the Champions League. United ended the campaign a gargantuan 32 points off the Blues, the Premier League pace-setters, to extend their title drought into its seventh season. The best the Red Devils can now hope for in Europe for the upcoming campaign is a repeat of their Europa League success in 2017.

That much-desired revamp that was purportedly proclaimed by the gaffer hasn’t yet appeared.

David de Gea, Nemanja Matic, and Eric Bailly are all entering the final year of their respective contracts. Paul Pogba - still the Premier League’s most expensive footballer - continues to dominate headlines and provide fodder for gossip columns. Romelu Lukaku, the subject of a Serie A switch all summer, appears to be in limbo.

Aside from numerous academy products being released, and some under-the-radar moves for James Wilson, Matty Wilcock, and - most recently - Nishan Burkart, as of July 29 their have been only two high-profile transfers away from the club, both former Sir Matt Busby Player of the Year recipients.

Antonio Valencia has left Man Utd after a decade of service and, to frustrate a substantial portion of the fanbase further, Ander Herrera has moved on a free to Paris Saint-Germain.

Herrera, a divisive figure to provoke the ire of rival clubs but has wholeheartedly endeared himself to United supporters, won the club’s Player of the Year award in 2017. Upon leaving for the French capital , Herrera expressed his one regret at Man United of not winning the Premier League title with diplomacy and elucidating the agrimony of his departure: “Because this is the greatest and biggest club in England and that was one of my dreams.”

Manchester United begin their season on August 11 with a home match against Chelsea. The transfer window closes three days before on August 8. Man Utd can well claim to be the biggest football club in the country with their historic success still making for record-book reading. Where the future lies, however, appears to be more uncertain and opaque than ever.

Manchester United
@ManUtd
Well done to Ander Herrera, who has received the @PFA's Community Champion award for his work with @MU_Foundation. 👏👏 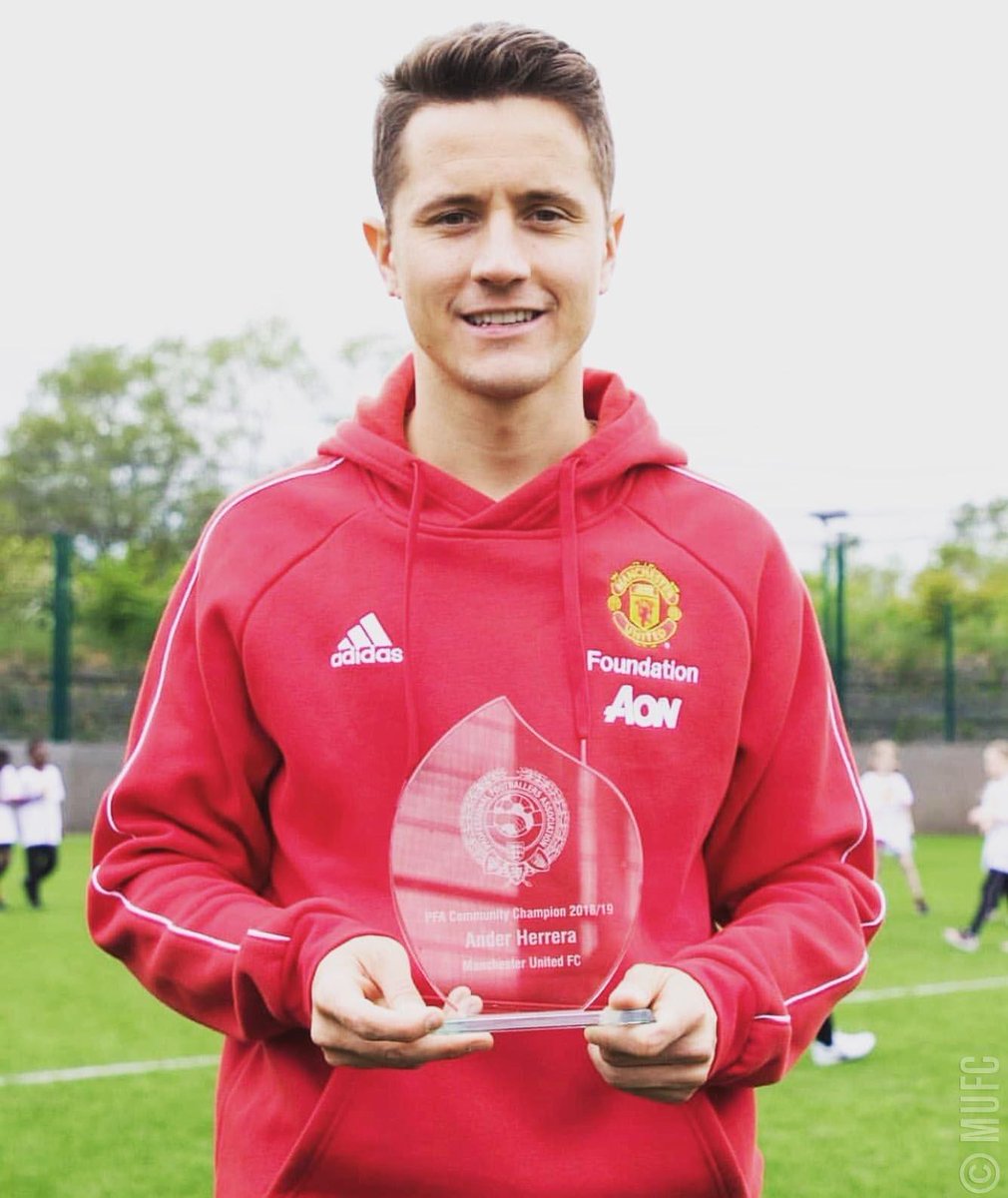