Manchester United moved back into the top four after a returning Cristiano Ronaldo put in a masterclass performance to see his side runout 3-2 winners against Tottenham Hotspur in a thriller at Old Trafford on Saturday.

It seemed fitting that NFL legend and American football’s apparent ‘GOAT’ Tom Brady was watching on from the crowd, as one of the ‘GOATS’ from our own beautiful game was running the show on the pitch. In a game of small margins, Ronaldo proved at the age of 37, like his American counterpart who has also defied Father Time, that his presence can still make all the difference when it matters.

The Portuguese superstar scored a hat-trick in a monumental affair for both sides with regards to the race for a spot in the Premier League top four and the all-important Champions League places. The win moves the Red Devils two points ahead of fifth-placed Arsenal, although the Gunners do have four games in hand over Ralf Rangnick's side.

Antonio Conte’s Spurs could have leapfrogged United and moved level on points with their north London rivals, but will have been left ruing missed opportunities in a game that was decided by one of the finest individual performances in the Premier League this season.

Ronaldo’s absence in the Manchester Derby defeat came under intense scrutiny last weekend, but it didn't take him long to silence his critics in spectacular fashion on his return to the squad. From 25 yards out, Ronaldo hit a thunderous strike past a helpless Hugo Lloris to send the home supporters into delirium. Hip problem? What hip problem? 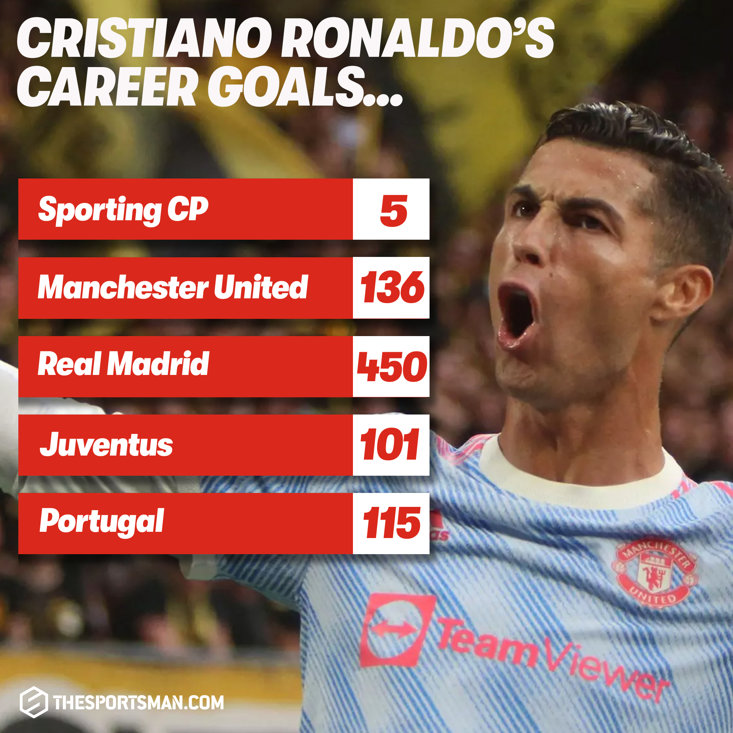 Ronaldo has now scored in seven consecutive games against Spurs in all competitions.

Following United’s impressive start, Spurs responded strongly and had a few opportunities to draw level. Ben Davies thought he’d equalised in the 18th minute, after being slipped in by Son Hueng-min, but the offside flag was up. Shortly after, Eric Dier’s header was cleared by Diogo Dalot on the line.

A deserved leveller for the visitors finally came when Harry Kane converted from the spot following a handball from Alex Telles. Though David De Gea went the right way, Kane smashed the ball into the back of the net for his 11th goal of the season. It was also the England captain’s 94th away goal in 138 Premier League matches, equalling a competition record held by Wayne Rooney. 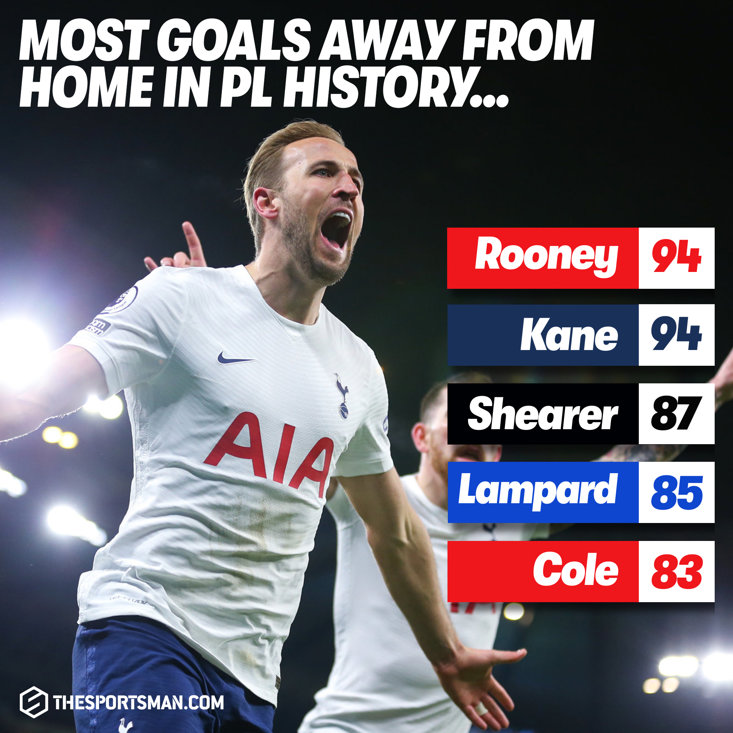 United regained the lead through Ronaldo once again just three minute later, with Jadon Sancho the architect. The former Borussia Dortmund man timed his pass to perfection, beating the offside flag, to tee up Ronaldo for his second of the match and 13th against Spurs in all competitions.

On the hour mark, United were nearly punished after Sancho gave the ball away in his own half. Fortunately for the 21-year-old, Son’s subsequent opportunity from the edge of the area was well wide of the mark.

The equaliser was inevitable and Harry Maguire’s misery this season continued when he turned Sergio Reguilon’s cross into his own net. It’s the fifth own goal that Spurs have benefitted from this season, more than any other Premier League side.

It looked like United had shot themselves in the foot and snuffed any chance of three points, but, cometh the hour, cometh the man, Ronaldo was at hand to secure his 49th career hat-trick and a valuable win. From the corner, he leapt like a salmon above Matt Doherty to find the top corner with a header.

At 37 years and 35 days, Ronaldo is the second oldest player to score a hat-trick in Premier League history behind Teddy Sheringham (37y 146d).