With such a great track record of signings and sales, when it comes to transfer business Liverpool have established themselves as the leaders of the market in recent years.

They always have a plan for the next wave of talent to bring in which offers them crucial stability. With their attacking trio being arguably the best the world has to offer right now in Mohamed Salah, Sadio Mane and Roberto Firmino, the Reds have already brought in some long-term replacements for the ageing leading men.

Diogo Jota was the first successor manager Jurgen Klopp brought in and he has been a revelation since joining from Wolverhampton Wanderers and their latest recruit, Colombian wizard Luis Diaz, has already put himself into consideration to start most matches with his influential performances.

These players are part of the Anfield furniture now and while they are to be the next leading men, they are still joined by the original trio who are continuing to excel in this extraordinary Liverpool side. It has been reported significantly this year that Salah’s contract runs out at the end of next season and as yet there is no agreement between the Egyptian and the club over an extension. He has made public his desire to stay at Liverpool but it is believed that the club are reluctant to break their current wage structure to keep him.

And while this story has taken dominance surrounding Liverpool for much of the season, not a lot has been said about his team-mate Mane, whose current deal also expires in 2023 and he has been just as important to the Reds over the last few years, even if Salah’s goalscoring exploits have been superior. 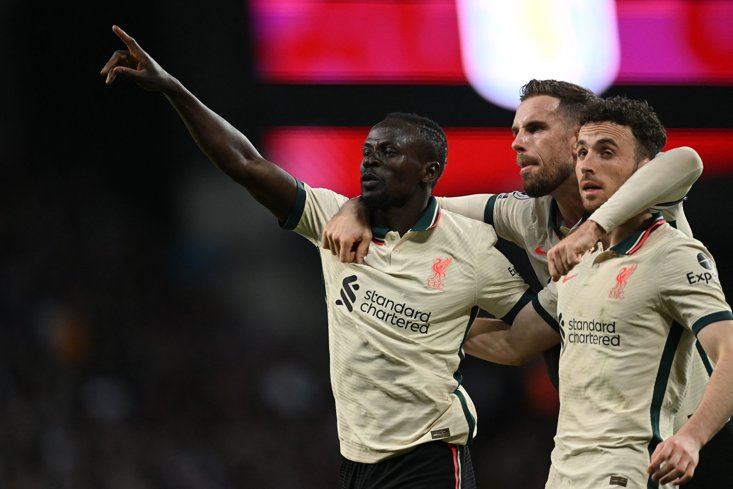 There is no doubting that Salah is one of the best players in the world and his form for the first half of 2021-22 was breathtaking, but since taking part in the African Cup of Nations his form has dipped and Mane has been a more dependable figure in Klopp’s front line. Earlier this week, reports in Germany were suggesting that the winger is on the radar of Bundesliga champions Bayern Munich. And with no real mention of Liverpool's stance on the 2022 AFCON winner’s contract amidst the Salah situation, it is interesting to think about where the 30-year-old’s future lies.

Following this link, Sky Sports pundit Jamie Carragher said the winger would have him to deal with if he moved to the Allianz Arena, labelling Mane as his favourite player at Liverpool and his sentiments will likely be shared by a large portion of the supporters.

With Salah often thrust into the spotlight, it is fair to say that Mane hasn’t quite gotten the respect he’s deserved from outsiders looking in while the Anfield faithful adore him. Over the course of his Liverpool career he has not only shown versatility in adapting to play across all three of the forward positions but he has thrived in all of them. And while he may not have as many goals as his team-mate this term, his role in the second half of the campaign has been fundamental to Liverpool’s success in reaching the finals of the Carabao Cup, FA Cup and Champions League - taking his final appearances in 2022 to four.

He has 15 goals to his name in the Premier League and 22 across all competitions at club level this season. Added to his brilliance in helping fire Senegal to their first AFCON title as well as reaching the Champions League final, many are tipping him to be in the frame for this year’s Ballon d’Or award. Following his side’s midweek victory over Aston Villa in which Mane scored the winning goal, he said that he was happy but of course in the world of football nothing is ever that straightforward.

With the club’s established attacking players either 29 or 30, the board may be weighing up what to do with their prized assets in regards to the next chapter under Klopp, who recently signed a two-year extension. With the stand-off in contract negotiations continuing with Salah, who is believed to be after upwards of £400k a week, the board will have a decision to make in the coming months.

As both Salah and Mane have one year left on their respective deals and neither apparently close to an extension, the most sensible thing that Liverpool could do is sell one and offer a more lucrative deal to the other.

On paper, Salah would be able to command a larger transfer fee and with Liverpool seeming reluctant to concede to his wage demands, it could be time to bid farewell to the Egyptian King. But if they were more inclined to move Mane on given the interest of Bayern Munich and likely others should he be made available, they may think that they could then fund a new contract for Salah and find a suitable replacement for the squad.

Time will tell what the figures behind the scenes have lined up for the next stage of Liverpool’s progression with Klopp likely to have a say in what happens and if his established attacking lineup is to be broken up or not. One thing is for certain, it seems like Mane is happy where he is and Liverpool fans, along with Carragher, will be hoping to keep him at Anfield for another year at least.