Football
News
'CR7' is one of football's great individuals, but teams aren't looking for individuals any more
Joey Mills
06:55, 19 Jul 2022

Manchester United’s Cristiano Ronaldo still cannot seem to find a club. Football’s ultimate individual finds himself a man out of time in the age of the collective. Where we once marvelled at the likes of Claudio Ranieri’s Leicester City or Jurgen Klopp’s Borussia Dortmund for the way they weaved their component parts into a greater whole, now the outliers have become the norm. This shift leaves little room at the top of the sport for individualists like Ronaldo who scores goals but is often accused of weakening his team in the process.

The Premier League has been ruled by a shift to this collective approach for a number of seasons now. Manchester City and Liverpool are both indebted to visionary coaches executing their plan with willing players working hard to make it happen. Both squads have plenty of star talents, but the whole is greater than the sum of their parts. City have been without a classic centre forward since Sergio Aguero left, but it hasn’t stopped their inexorable rise. Meanwhile, Klopp’s Liverpool have waved goodbye to Sadio Mane and reduced the role of Roberto Firmino for the greater good.

Even the previous Premier League winner from outside of the North West, Antonio Conte’s Chelsea, were a collective unit. The current Tottenham Hotspur coach lifted the 2016-17 title with a side that reimagined former winger Victor Moses as a wing back and featured selfless defensive actions from other attacking players.

Ronaldo and the words “selfless” and “defensive actions” do not belong together. But increasingly it is this sense of collective responsibility that even the most starry-eyed of clubs are chasing. Paris Saint-Germain have cast doubt over how much they really want to keep Neymar and Lionel Messi this summer. Two of the supreme attacking talents and biggest names in world football they might be, but that isn’t what wins Champions Leagues any more. It is that trophy that PSG prize more than any other, and this past season it was won by a team that put unity before box office appeal.

That team was Real Madrid. The quintessential home of superstars, Los Blancos parked their usual galactico instincts for a season and reaped rewards domestically and on the continent. The star of the season was 34-year-old Karim Benzema, an icon in the game for sure but one that has usually had to sit patiently in the shadow of names like the aforementioned Ronaldo. With an ageing but lethal forward leading the line, dogged effort was needed from teammates to excel. Carlo Ancelotti, back for a second spell at the Bernabeu, worked diligently to foster a togetherness and familial atmosphere at the club that carried them over the line in La Liga and the Champions League. 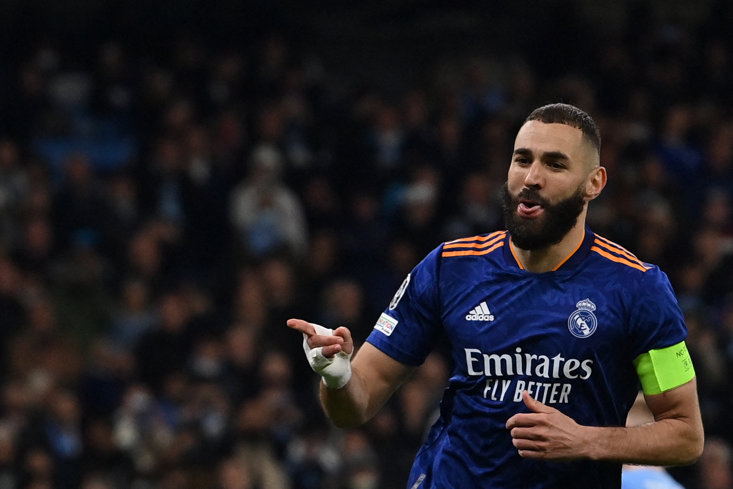 Chelsea have historically welcomed a bevy of the game’s best and brightest through the doors, and have particularly favoured name-over-fit in the centre forward role. But breaking the habit of signing superstars without knowing how to integrate them, Thomas Tuchel reportedly vetoed a move for Ronaldo. It appears that the Stamford Bridge side have learned from the expensive mistake of last summer, when Romelu Lukaku was signed for £97.5 million.

Barcelona seem to be the team bucking the trend this summer. While under Guardiola their approach founded on the collective, even if Messi was allowed to be slightly more equal than his teammates, they now seem to endlessly throw money at players. The fact it’s money they don’t have makes their scattergun approaches for Robert Lewandowski, Raphinha, Jules Kounde and others even more galling.

This is a world in which Ronaldo, the widely-recognised highest goalscorer of all-time, can’t find a club to accommodate his talents. Teams are looking beyond the goals, looking further into their starting elevens and squads, and seeing the cumulative balance. Like the old adage goes, individuals win matches, teams win titles.