Football
News
We take a look at five of the favourites for the Polish international's signature this summer
Conor Keane
18:02, 19 Aug 2021

Bayern Munich legend Robert Lewandowski is reportedly wanting a move away from the German champions in search of a new challenge.

The 32-year-old Poland international has been based in Munich since 2014 when he joined the club from rivals Borussia Dortmund. Since that move he has won seven consecutive Bundesliga titles, three DFB-Pokals, five DFL-Supercups, one UEFA Champions League, one UEFA Super Cup and one FIFA Club World Cup.

He has scored a whopping 204 Bundesliga goals for the Bavarian giants and last season he broke the late Gerd Muller’s league record for most goals in a single campaign with an incredible 41 strikes. He may be a veteran, but he is still proving that he is still one of the world’s best forwards.

He will reportedly cost over £100million so there will only be a select number of Europe’s elite that could facilitate such a deal. Here are five possible destinations for Lewa (as per Betfred’s next club market).

As you would probably expect, the Premier League champions have a wealth of funds at their disposal and are one of the few clubs that could pay such a fee for a player of Lewandowski’s ilk.

They have already paid out a huge sum this summer on England star Jack Grealish though, and it seems unlikely that the club would sanction such a high-priced deal for a player who is over 30, especially as their priority target has always been England captain and Spurs star Harry Kane.

Yet, there has currently been no progression in a deal between the two English sides and with the transfer window closing at the end of the month, time is running out. City are in desperate need of a natural striker and if they cannot get anywhere with the Kane deal, Lewandowski could be an interesting alternative.

The Spanish giants could be a club of interest to Lewandowski, but like Barcelona, they are also dealing with serious financial problems. There have also been numerous reports suggesting that the club are set to extend the contract of their current stalwart striker, Karim Benzema.

Real Madrid simply could not afford to have both of these talented forwards on their books because one of them would not get enough game time and become frustrated, not to mention the amount of money being spent on an asset that might only make cameo appearances. 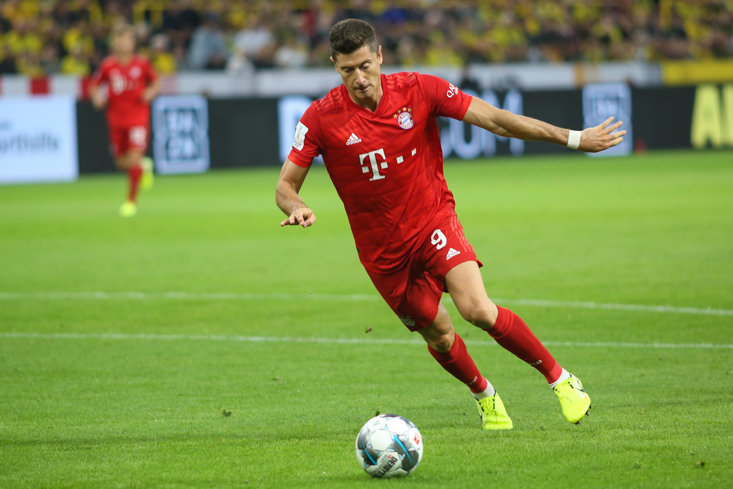 The Parisians are currently looking the most glamorous they’ve ever been to top players in the game. They have had one of the best transfer windows in living memory, headlined by the arrival of none other than Lionel Messi.

The squad is looking one of the strongest forces in Europe and the club certainly have the pulling power to attract Lewandowski to Parc des Princes. He would have a challenge in fighting for the central forward role with Kylian Mbappe, but it has been reported that the French superstar has his heart set on a move to Real Madrid.

The Italian giants will be desperate to reassert their dominance in Serie A after a disappointing campaign last time out. Cristiano Ronaldo’s future in Turin is unclear and the availability of Lewandowski could pique the interest of Massimiliano Allegri who will want to guarantee goals in his squad this season.

The club would be reluctant to pay Bayern’s price tag for the Polish international but if they could negotiate a lower sum for his services, it is likely Allegri would be keen to bring the forward in.

Finally, the other side of Manchester could be a possible destination for Lewandowski. The club is one of the most famous names in football and holds a history that would be enough to attract the Bayern star, not to mention the prestige of playing in the Premier League.

He came close to a move to Blackburn Rovers in 2010, and it would be fair to assume the English top-flight has remained an ambition of his. The only drawback is the fact that the Red Devils already have their own mature striker on the books in Edinson Cavani, so a deal for Lewandowski would seem unlikely. Not to mention that the club has already splashed the cash on two marquee signings this summer in the form of Jadon Sancho and Raphael Varane.