Football
News
The Blues face Barcelona in their first ever Champions League final
Kieran Spratt
10:00, 16 May 2021

Emma Hayes’ history-making Chelsea Women will go head-to-head with Barcelona Femení in their first ever Champions League final on Sunday but whatever the result on the pitch is in Gothenburg, it’s been a landmark season for the Blues.

Chelsea are still well in the hunt for an unprecedented quadruple. Last week, they capped off a simply outstanding Women’s Super League season with a 5-0 rout over Reading at Kingsmeadow to clinch their fourth title and second in a row with Hayes as manager. 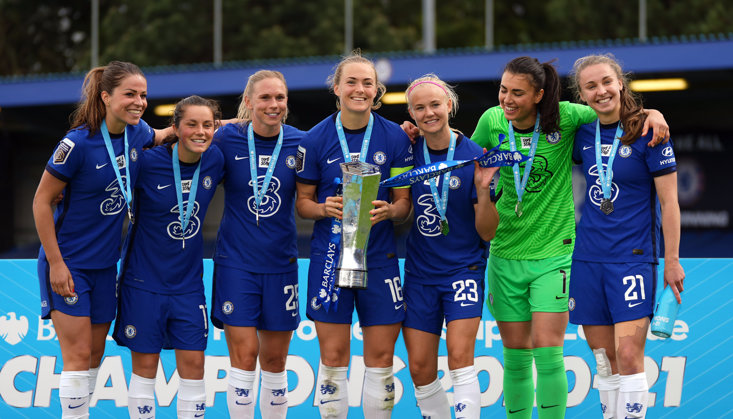 The club already have the League Cup (and Community Shield) in the bag too, and with an FA Cup quarter-final against Everton to play next Thursday, Chelsea are on the verge of not just making women's football history, but history in the beautiful game period.

It’s Europe’s premier tournament though where Hayes’ side have really impressed and they have faced an incredibly tough run to get to the final - proof that not only have Chelsea become one of the best domestically, but they have their sights on dominating the continent too.

In the last 16, against Atletico Madrid, goalkeeper Ann Katrin-Berger, the 2020/21 WSL Golden Glove winner, pulled off some penalty heroics, saving two spot-kicks in the first leg as Chelsea won 2-0 despite playing 80 minutes with ten players. In the last eight, they faced a talented Wolfsburg side who lost in last season’s final to Lyon and have lost just one league game all season. Chelsea dismantled them, winning 5-1.

Then, Bayern Munich lay in wait in the semi-finals, the only side to have beaten Wolfsburg domestically this season and Chelsea, having fallen at this stage in the previous two campaigns, desperately wanted to get over their semi-final hoodoo.

They lost the first leg 2-1, and it seemed as if once again they would fall short, but this season is different and Hayes managed to steer her side to a 4-1 win in the return fixture, ending a 14-year wait for a British team in a European final in the process (Arsenal in 2007).

With no Lyon in the Champions League final, ending the club’s five-year dominance of the tournament, history will be made regardless of who wins, with Barcelona’s best effort coming in 2019 when they were beaten by the French giants.

Like Chelsea, Barcelona have totally dominated their domestic league and the Spaniards haven’t been beaten in the Primera Division in 26 games, winning all of them. But despite the lofty challenge the Catalonians represent, Hayes’ has the utmost faith in her team, who she says are getting better and better. 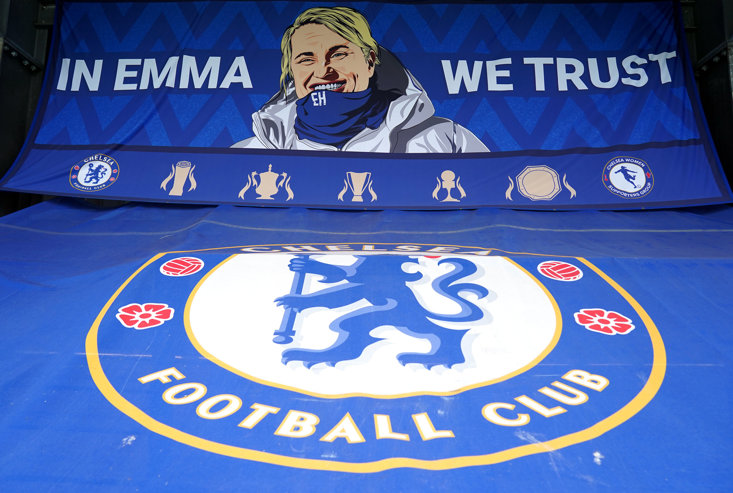 "I really respect Barcelona but I cannot wait to play them,” said the 44-year-old in the aftermath of their title win last week.

"It's our time and there's so many players in that dressing room that can win the football match for us - we've seen it in recent weeks - the amount of players that have popped up all over the pitch to determine the outcome.

Whatever happens in Sweden, this has been a groundbreaking season at Kingsmeadow and if this Chelsea team is still improving as Hayes says, expect more history to be made in the coming seasons.