Football
News
The issues Chelsea face with the Belgian forward could be detrimental to the second half of their season
Conor Keane
11:02, 03 Jan 2022

With the disruptive Romelu Lukaku set for crisis talks with Thomas Tuchel early this week over his now infamous interview with Sky Italia, many Chelsea fans will still be confused as to how this all ended up happening.

When the Belgian striker returned to Stamford Bridge in the summer, he made a massive statement saying that he had unfinished business at the club and it was where he wanted to be. Fast forward a few months and all of a sudden he is unhappy, wants to return to his former club Inter Milan, saying he never wanted to leave in the first place, and has completely stunned his current employers.

Lukaku’s comments have been a slap in the face to everyone associated with the Blues, especially when they forked out a club record £97million fee to bring him back. No one could blame Tuchel for omitting Lukaku out of the matchday squad on Sunday as Chelsea drew 2-2 with title rivals Liverpool at home. However, it is understandable to see why he is currently unhappy and it is down to his role in the side. The way Tuchel plays does not work to Lukaku’s strengths, which has him acting as the side’s focal point and building attacks through him. The Chelsea boss instead prefers to build through the wing-backs and the creative players positioned on the flanks to provide that cutting edge in the final third.

Lukaku has already faced injury setbacks during the first half of the campaign which has halted an instant impact on his second spell in west London, and he will be unhappy with just five Premier League goals to his name. When he arrived late in the summer, with Chelsea just crowned the European champions, many expected the forward to be the missing piece of the puzzle that would transform them into a real force in the race for the league title and that Lukaku would be a Golden Boot contender.

But, even when he was finding the back of the net earlier in the season, with the way Tuchel set up his side to attack, it was clear that they were never going to reap the full benefits of the 28-year-old’s goalscoring prowess. 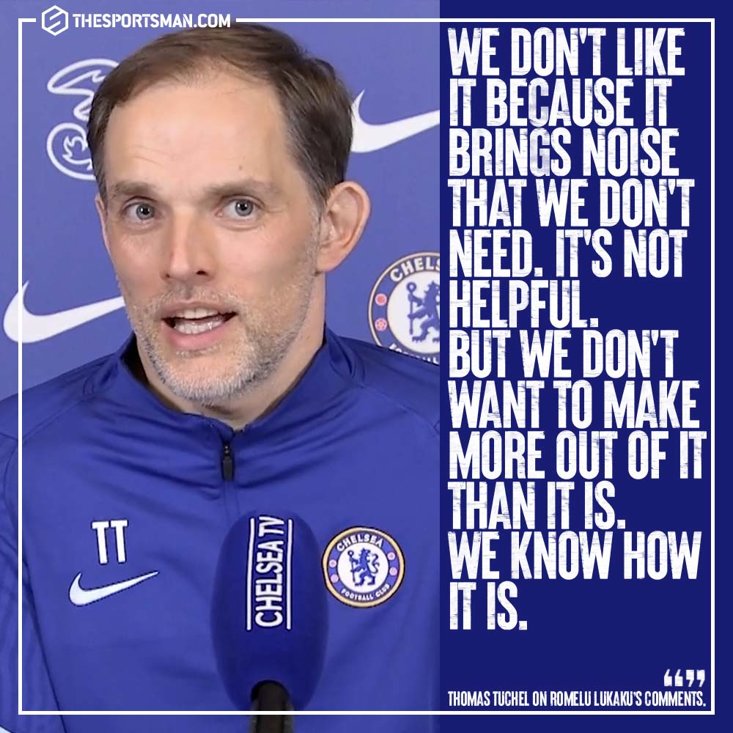 Regardless of Lukaku’s mood toward the current situation, the timing and execution of his tell-all interview was handled poorly. With Chelsea having suffered huge dents in the title race with results and injuries, Tuchel would’ve needed the star striker now more than ever.

The dust needs to settle on this unexpected drama and Tuchel may slowly be able to reintegrate the player back into the side. First, Lukaku must take responsibility for his actions and apologise to everyone associated with the club before they can all start to move past this situation. Tuchel will not sacrifice the current harmony of the squad just to make Lukaku feel better when playing in the team, and he may just be looking for the striker to work harder in training to have a stronger impact on the pitch.

Either way, the pair need to come to a conclusive and definite decision on how to move forward in a way that will no longer affect the dressing room. Tuchel may concede to Lukaku’s desires and tweak his tactics to better suit the striker, but that seems very unlikely, especially with his current system working effectively – and he is the shot caller after all. That could then possibly lead to a premature exit for Lukaku in the bid to return to Inter or play for a club where he will act as the team’s focal point.

There have even been reports that he would be interested in a move across London to Chelsea’s rivals Tottenham Hotspur, where his former Inter boss Antonio Conte is the man at the helm. As of right now, a move in the current window seems unlikely, not only with Chelsea having a thin squad due to injuries, but they would struggle to reclaim the staggering fee that they paid for him just months ago.

Whatever the short-term solution is for Lukaku at Chelsea, it needs to be resolved quickly, otherwise it will continue to have a negative impact on the club, especially the dressing room with a crucial second half of the season ahead of them.