“Arsene Who?” asked a headline in the London Evening Standard, while one columnist said the appointment was nothing less than an elaborate joke. Within weeks there was an email chain that snowballed, citing a completely unfounded reason for the new Arsenal manager having left Japan, with one news agency even claiming he would be sacked by the Gunners as a result.

He arrived at the club seven weeks after the dismissal of Bruce Rioch, who had been handed the reins following the sacking of George Graham after the infamous scandal which had uncovered that the former Arsenal star had received significant payments from agent Rune Hauge upon the signings of John Jensen and Pal Lydersen. This was a club well versed in rumour, scandal and opprobrium.

But the latest chapter proved to be a red herring and Wenger didn’t get sacked. Indeed, the news agency was forced to apologise to the manager and the club, and by the latter stages of the 1996-97 season Wenger was causing ructions within the English footballing hierarchy.

“I came to England and suddenly it's Arsene who?” he explained at the launch of his autobiography ‘My Life in Red and White’. “So I had to start from scratch again and I could understand and accept that. But, of course, I could feel the scepticism among the players. I inherited a team that was monoculturally English, tough guys... 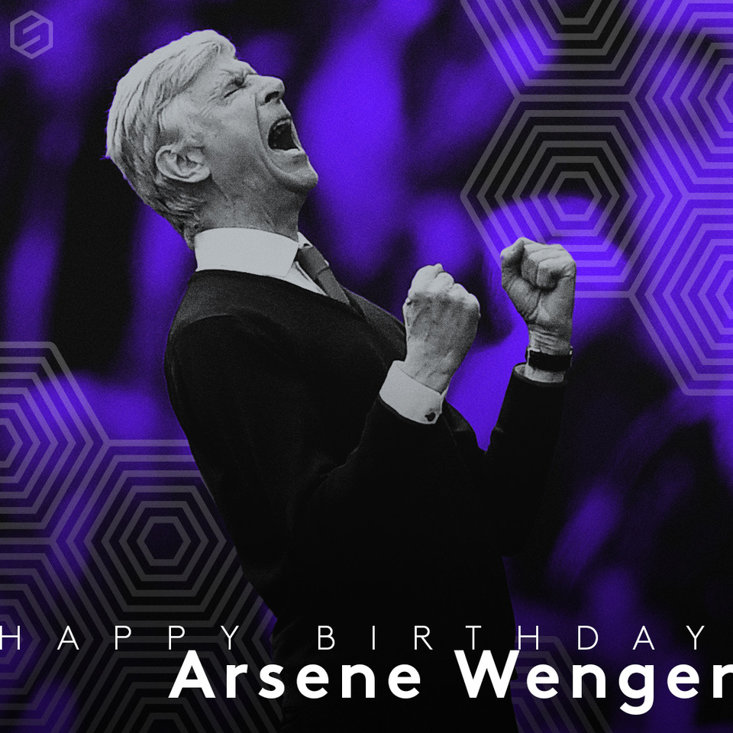 Such was his early effect at Arsenal with that largely English group that Sir Alex Ferguson had moved his mind games from his previous season’s target, Newcastle United’s Kevin Keegan, to the man he now saw as Manchester United’s biggest threat.

“Arsene Wenger’s been in Japan for a year, he doesn’t know anything about English football,” Ferguson scowled after the Frenchman had made comment on United’s complaints about a heavy load of fixtures in the final week of the title run-in. “He’s unaware of the demands of our game, and to play four games in eight days is crazy.”

It was not just what Ferguson said, it was the way he said it. The tone as he said ‘Japan’ made it clear what he thought of the differing levels between football in the UK and its alternative in east Asia. Anything to wind up the opposition.

But Wenger wasn’t easily wound up, and while Arsenal didn’t win the title in 1997, his first full season in charge would end with the Gunners doing the double for the second time in club history.

At one point Arsenal trailed United by 12 points, leading Betfred CEO Fred Done to pay out on the reigning champions clinching a third straight title. But Wenger’s side strung together 10 successive wins and the Red Devils won just three of eight over the same two-month period as the Gunners powered their way to a first Premier League triumph.

Marc Overmars’ winning goal at Old Trafford and the celebration of one fan in particular that day are often identified as the key moment in the title race, but perhaps it was Wenger’s ability to stay calm even in those early weeks as Arsenal boss over a year previous which helped to lay the groundwork.

He had come in with a clear idea of what needed changing among an ageing squad with a very British culture, added just the right amount of flair to supplement the existing solidity, and Arsenal were champions. So immense was that achievement that his style of management was replicated elsewhere. The Wenger effect spread far further than the borders of Islington, with many another club wanting their own continental master at the helm.

Wenger would collect two more titles at Highbury, including the incredible achievement of their unbeaten season in 2003-04, but in many ways his first championship was the most impressive of the lot.

And with that success in 1998 came acceptance from elsewhere. He was no longer Arsene Who? Never again would a manager, not even the very best, claim he had no idea about English football. What’s more, he would go on to be one of the UK’s central sporting pillars for more than two decades.

By the time Wenger left Arsenal in 2018, they had moved stadiums, changed the club crest, altered the way the club was known for playing football, and generally come on a million miles from the mess that he had walked into back in 1996.

So as Wenger celebrates his 72nd birthday on Friday, it is worth reflecting on the magnificent impact he had at a grand old club which had lost its way. And the fact that they could do with just such an arrival once more in 2021 will be lost on nobody.