Motorsport
News
It is surely now a matter of time before the Red Bull driver is a double champion
Simon Lillicrap
08:00, 07 Sep 2022

It’s only a matter of time before we hear Red Bull boss Christian Horner scream those words down the radio once again. Max Verstappen, following his win on home soil at the weekend has now won a frankly ridiculous ten races out of the 15 so far this term and has a huge lead in the drivers' standings ahead of teammate Sergio Perez and Ferrari’s Charles Leclerc.

It’s huge. Surely unassailable given the dominance Red Bull have shown this season, but when exactly can Verstappen be confirmed as a two-time world champion? There are now just seven races remaining of the current Formula One season so let's get stuck into the maths.

Verstappen is currently on 310 points, compared to Leclerc and Perez’s 201. That’s a 109 point lead. If Leclerc wins every single race from now until the end of the season, as well as the fastest lap points, he will finish on 391 points. With 190 points up for grabs, that means Verstappen only needs to pick up 82 to be confirmed world champion for the second year in a row.

Next up in Italy, if Verstappen wins and bags the fastest lap, and Perez and Leclerc both retire or finish outside the points, he will be 135 points clear with 164 left to play for. That means the earliest he could possibly win the Drivers’ Championship is in Singapore, despite Mercedes boss Toto Wolff wrongly stating he could win the title before the sport leaves Europe.

26 points in Singapore would be enough to secure the title no matter what his rivals do. But it is far more likely that he will win the title in Japan, if we are going on what we have seen so far this season.

So far, the Dutchman has averaged a ridiculous 20.6 points per race while Leclerc and Perez have averaged 13.4 ppr. If we translate that average across the rest of the season, by the time the chequered flag has waved at Suzuka, Verstappen will be crowned world champion. 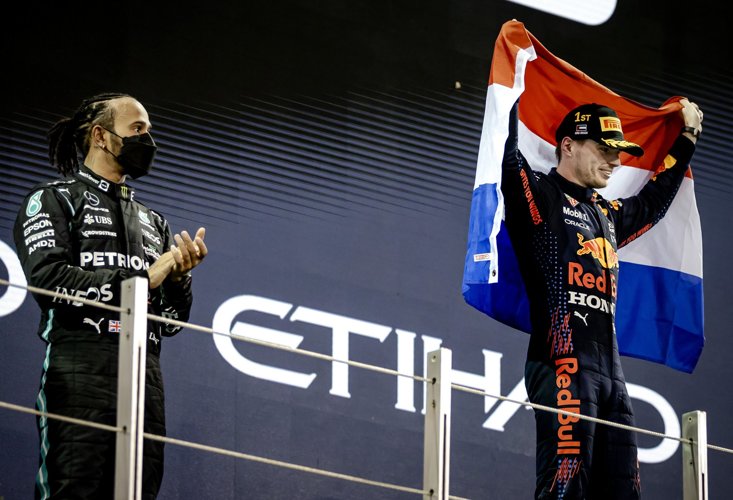 The champagne could be put on ice until the United States Grand Prix in Austin, but only if Perez and Leclerc can leave Suzuka with a deficit of less than 112 points to Verstappen - the gap is currently 109 points. Basically, the duo need to start taking big chunks out of the table-toppers’ lead, something that simply hasn’t happened so far this year.

Vettel won nine races in a row on his way to the 2013 championship, a feat Verstappen will only break if he wins every race from now until the end of the season. Even by his standards that would take some doing.

But we are now surely only a matter of weeks away from Verstappen being crowned world champion once again. This time without all of the controversy.