Football
News
As Wales and England are set to do battle at this year's World Cup, we look at the other home nation clashes in major tournaments
Conor Keane
15:05, 06 Jun 2022

Wales are heading to their first World Cup finals in 64 years and not only that, they will be taking on England in Group B, giving us the first tie between two home nations in the World Cup.

To commemorate Wales sealing their place at international football’s grandest competition, we have decided to look back on previous home nations meetings that have occurred in major tournaments. Though this year’s all-British clash will be a World Cup first, there have been a few home nation meetings at the European Championships over the years.

A tournament fondly remembered by England fans as the country played host to the summer spectacle in which the Three Lions made it all the way to the semi-finals, only to be cruelly beaten on penalties by eventual winners Germany. But before that heartache there was a memorable and enjoyable journey to the last four, including the iconic victory over rivals Scotland in the group stage at Wembley Stadium.

Over 76,000 fans descended upon the national stadium to witness the first ever home nations meeting at a major tournament. The game is remembered for that iconic, dazzling goal by Paul Gascoigne but had David Seaman not denied Gary McAllister from the penalty spot with the score 1-0, things could have gone differently. Alan Shearer was the other scorer of the afternoon, powering home a header after an inviting cross from Gary Neville. 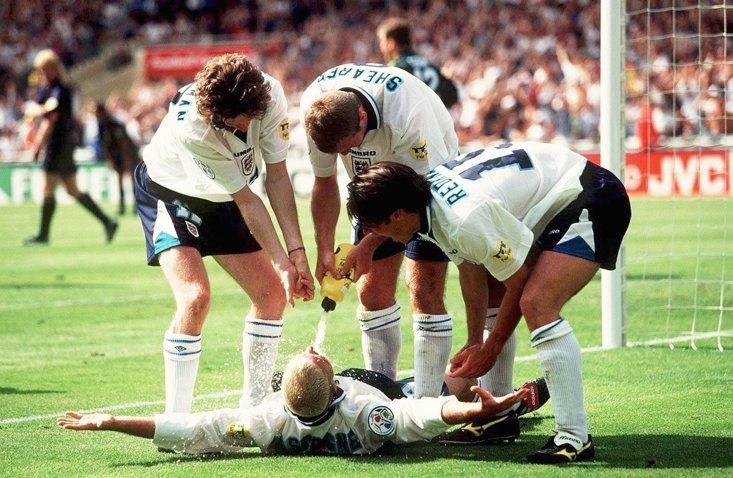 It was a 20-year wait for the next home nations tie in a major tournament, when England emerged victorious once again. While the Three Lions came away from the match with bragging rights, Wales brought pride back to the United Kingdom in their own right that summer, going on a stunning run after their defeat at the Stade Bollaert-Delelis to reach the semi-finals.

In their group stage encounter with England, Wales struck first through their main man Gareth Bale. Roy Hodgson’s side were able to recover after the break and were back on level terms swiftly through substitute Jamie Vardy. As the game went on the nerves began to set in for both sides, but it was another substitute who settled things for England when Daniel Sturridge fired in an injury-time winner to send the England fans and players into euphoria.

Wales’ rollercoaster ride to the semi-finals in France continued with another home nations tie in the round of 16 against Northern Ireland. The Green and White Army did extremely well to nullify Wales’ attacking threat, but offered very little going forward themselves. The decisive goal came via a Gareth McAuley own goal 15 minutes from time as the veteran defender turned Bale’s cross into his own net. 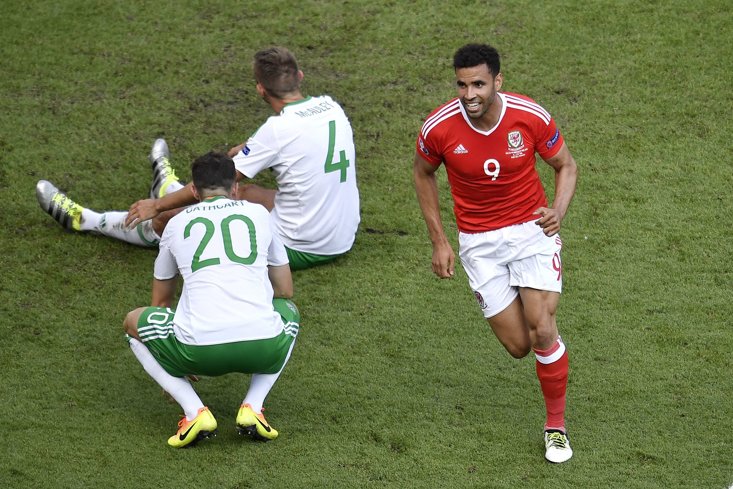 The new Wembley Stadium played host to another Euros group stage meeting between auld enemies England and Scotland, but this one was far less entertaining than the one that took place 25 years prior. The Tartan Army were the better team on this occasion and they were left to rue several missed chances, most notably from striker Che Adams as England really struggled to get going in their second match of the tournament.

The Three Lions came closest when John Stones rattled the woodwork with a header following a corner, while at the other end England shot-stopper Jordan Pickford was called into action to deny Stephen O’Donnell, before defender Reece James had to clear a Lyndon Dykes effort off the line.

We now await the next meeting between England and Wales this November which will not only make history but hopefully serve up another cracking clash between two great rivals. Their meeting will take place on Tuesday 29 November in Al Rayyan with a kick-off time in the UK of 7pm. Bring it on!