Football
News
Poland have only defeated England on one occasion in 20 previous meetings between the sides, back in 1973
Joey Mills
15:03, 08 Sep 2021

England will face Poland tonight as they look to keep their perfect record in this World Cup qualifying campaign alive. The Three Lions go into the game as favourites, as they usually do when meeting The Eagles. Poland have only defeated England on one occasion in 20 previous meetings between the sides. That victory came in 1973 at Stadion Slaski in Chorzow.

The 1970s were about as kind to England as they were to the hippie movement. 1966 World Cup-winning manager Sir Alf Ramsey remained at the helm, but had seen that most glorious of sides eroded. The iconic captain, Bobby Moore, led an ever-decreasing circle of World Cup winners that also featured Martin Peters and Alan Ball. Gordon Banks had begun the campaign as first-choice goalkeeper, playing in a 1-1 friendly draw with Yugoslavia. Before England’s opening qualifier, he suffered a severe eye injury in a car crash and would never again play top-flight football. Ray Clemence and Peter Shilton would compete to fill his gloves, and the enormous void he left in Ramsey’s side.

This new-look England would enjoy a winning start to qualifying, as a side featuring the debuting Kevin Keegan beat Wales 1-0 in Sir Alf’s 100th game in charge. This would be the only win of England’s 1974 World Cup qualifying campaign. Wales came to Wembley for the return match, the first World Cup game of any kind at the famous old stadium since 1966, and left with a 1-1 draw. Wales would defeat the Poles 2-0 before England played again, and for Ramsey’s men this would prove to be make-or-break.

A win against Poland would put England in the box seat to go through and a draw would still give them a good chance of progressing. A loss would put a severe dent in England’s hopes of making it to West Germany for the summer tournament. Ramsey understood this, and left goalscorer Mick Channon out of the side in favour of defensive midfield presence Peter Storey. Such pragmatism would ultimately prove costly. 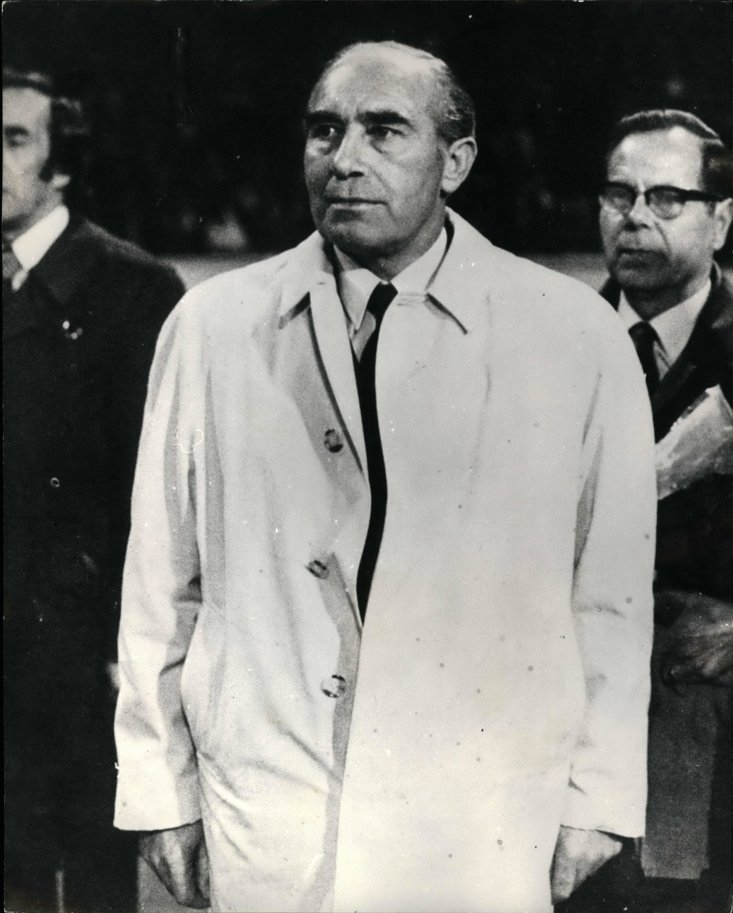 In front of 105,000 fans in Chorzow, the last burning embers of 1966 were hopelessly snuffed out. England went behind after seven minutes, Robert Gadocha poking in a free kick at the near post. England’s talisman for so long, Bobby Moore looked hopelessly slow in noticing the threat posed by the Legia Warsaw striker, and was soundly beaten. His sad decline would be writ large for Poland’s second. Caught dawdling in possession by Wlodzimierz Lubanski, the striker ran through to rifle past Shilton. Lubanski is second only to Robert Lewandowski on Poland’s all-time scorers list, and he will have scored few easier goals than this. Moore would only play once more for England, securing a then-record 108th cap in a friendly against Italy.

England’s ignominious afternoon would be worsened when Alan Ball was sent off after becoming involved in a physical altercation on 79 minutes. This was only the second time a player had been sent off for the Three Lions. The game did not end England’s qualification hopes, but Poland themselves would go on to do so. After sweeping aside Wales 3-0 to go top of the group, Poland faced England again in the final group game.

Ramsey’s side needed a win to progress, but could only muster a 1-1 draw, and a managerial reign that had enjoyed the highest of highs endured its lowest low. Sir Alf would lead England into the aforementioned Italy friendly, and another non-competitive tie with Portugal, before being relieved of his duties the following year. England would not return to the World Cup stage until 1982, and would never again go as far as messrs Ramsey, Moore and Banks had taken them in 1966. If Gareth Southgate’s men can get the job done against this modern iteration of Poland tonight, maybe they can set about putting that right.

Betfred have got England at 4/6 to beat Poland tonight, while the hosts repeating their 1973 triumph is available at 5/1. A draw is 13/5.