The last week in July brings us not one but two big horse racing festivals.

Galway kicked off their seven-day session on Monday while Glorious Goodwood kicks off their five-day festival on Tuesday.

Top class group racing, competitive big-field handicaps and stars of the future will be on show this week where hard luck stories will be aplenty on the two notoriously tricky tracks.

The week kicks off with a valuable ten furlong handicap where MIGRATION and BUGLE MAJOR are two against the field. Migration was well backed when fourth on his return from two years off at Salisbury in a decent handicap and improvement on that for an in form local stable will see him bang in contention. Bugle Major had some useful form in France and his Hunt Cup effort wasn’t devoid of promise. Up in trip and down 2lb from a good draw, he could be played late in a race with a lot of frontrunners to ensure a strong pace.

Maydanny has a 12lb higher mark to contend with to repeat last year's success in the race, while Johnny Drama looks to supplement his John Smith’s Cup win at York. Majestic Dawn, reunited ran well off his new mark on return at Windsor and the Cambridgeshire winner, who is reunited with Paul Hanagan, has the best draw in stall one if they decide to be positive.

The Vintage Stakes sees the return of unbeaten Coventry Stakes winner Berkshire Shadow take on other top juveniles stepping up to seven furlongs. The Coventry Stakes form has taken plenty of knocks and Berkshire Shadow did fly up the favoured stands side so maybe slightly flattered by the victory. Therefore I am happy to side with LUSAIL for Richard Hannon whose dad won this three times between 2011 and 2013 with the likes of Olympic Glory and Toormore. 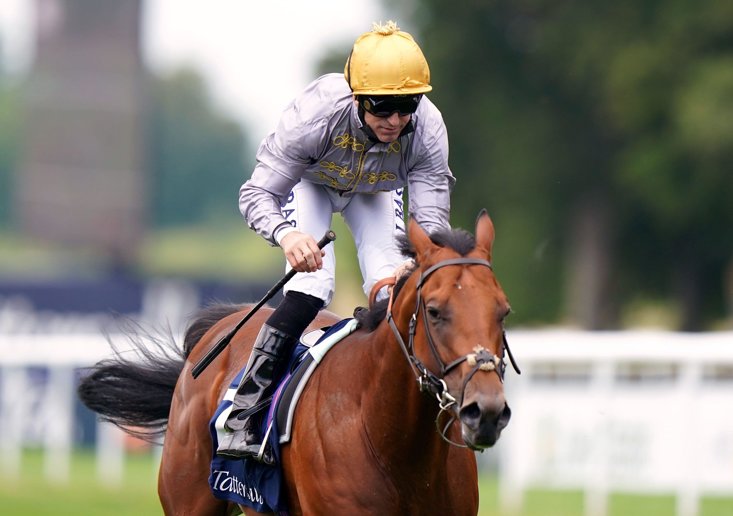 He has already won over this trip and won the July Stakes in good style and on a line through Eldrickjones, does hold the favourite. Eldrickjones was an unlucky second at Royal Ascot, beaten by just over a length but was three lengths behind the selection at Newmarket.

Aiden O’Brien has saddled three of the last seven winners and relies on Listowel maiden winner The Acropolis who has come up short in two group race assignments this summer and needs to find more improvement.

The main supporting contest on day one is the Group 2 Lennox Stakes, which is just a Group 2 in name as it has attracted plenty of Group 1 horses.

Charlie Appleby has a very strong hand with last year's winner SPACE BLUES joined by his Moulton Paddocks stablemate Creative Flair, whose winning streak came to an end when a fast finishing fifth in the July Cup.

Preference is for SPACE BLUES who, despite not looking to have a good draw in stall 12, the prospect of runners heading down the middle to stands side of the track after over 30mm of rain this past weekend may negate the effects of the draw to some degree.

He won the G1 Prix Maurice De Gheest in stylish fashion with cut in the ground last year and doesn't have a penalty for that success and is the choice of William Buick of the Charlie Appley pair.

They are joined by seven-furlong specialists Safe Voyage, who bounced back to form at Chester last time and Kinross, who got back on track with victory at Haydock in May, but this should go to one of the boys in blue. The yard is flying, and Space Blues does have a few pounds up his sleeve despite a poor run at Meydan in March.

Tuesday’s feature is the Group 1 Goodwood Cup where superstar stayer Stradivarius bids for an incredible fifth straight success in the contest. He needs to bounce back though from a disappointing Ascot Gold Cup fourth and has won just once since his win in this race twelve months ago, suggesting his air of invincibility maybe waning slightly.

This race is arguably tougher than previous renewals with some tough rivals to face including Long Distance Cup winner TRUESHAN. 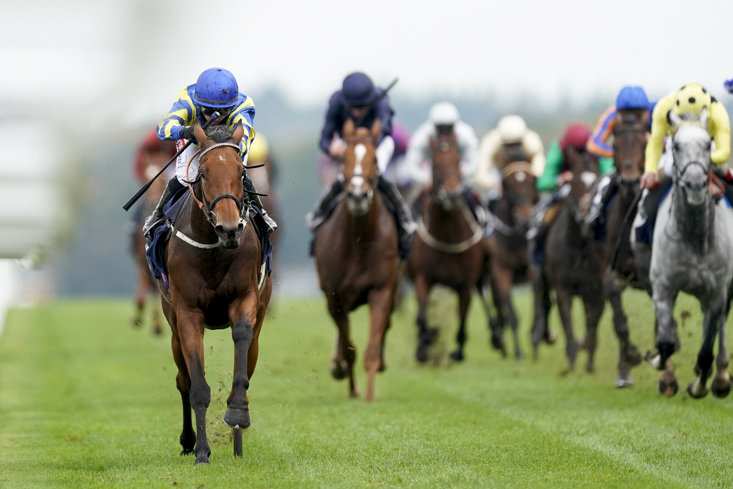 The Alan King trained stayer should get his favoured soft conditions on the opening day after a barrage of rain over the weekend and ran well under a huge weight in the Northumberland Plate. He won on Champions Day by seven lengths from dual St Irish St Leger winner Search For A Song. It has good form and aims to give Hollie Doyle another Group 1 success.

Yorkshire Cup winner Spanish Mission, who finished ahead of the favourite at Ascot and Sir Ron Priestley, from the same stable as Ascot hero Subjectivist are also big players in the week’s big staying race.

A five-furlong sprint handicap where the draw could play a big part. The stands side is usually a help having a rial to run against and on soft ground at Goodwood, runners tend to migrate there too, so I will be focussing on those drawn high.

There is also lots of pace on so perhaps one that likes to be raced patiently may also reap dividends.

King Of Stars is drawn centrally but best form has come on better ground despite his consistency this season since joining Mick Appleby. Rewaayat and El Astronaute have obvious chances, but the draw hasn’t been kind, while El Astronaute will also have pace challenges form the likes of Ornate and Lord Riddiford.

I will give one last chance to SUNDAY SOVEREIGN for Tim Easterby and Silvestre De Sousa. He was a well backed favourite for the Epsom Dash but was taken out an hour before the race after a small knock. He has run two poor races since but five furlongs on soft ground saw him run a good second at York in May and is just 1lb higher. His best juvenile form came on soft ground and he is drawn hard up against the stands rail. It’s a last chance saloon and also though he does race prominently, he is a big price and is worth chancing in a contest where plenty carry question marks.

I must give a mention to the old boy Pettochside who has won seven times in is 25 starts at the course plus a further nine times placed. He has also won twice this season but stall one may be a tough draw to overcome.