Everyone likes an unlikely hero and it’s no different in snooker.

Continuing on from The Sportsman’s latest piece looking at some of the dark horses to watch when the new campaign kicks off on 2 July, we asked three more snooker experts for a tip of someone lower down the rankings to make a big impact in the year ahead.

You can check out part one here!

“Less than six months ago, 24-year old Adam Stefanów was on the brink of packing the game in and but now he’s on the tour and with a chance to really progress. What’s good news for the Polish player also puts an extra positive spin on the continued progression of European snooker in general. Stefanów has had experience as an amateur top-up in numerous ranking events already with a couple of victories to his credit and, with time based in Sheffield under his belt, could be well-equipped to make a decent account of himself in his debut campaign. He’s definitely worth keeping an eye on.”

“Carty is a player I've had my eye on to qualify for the main tour for a number of years, so I'm really excited to see him on the circuit and rate his chances as highly as any of this season's rookies. In 2015, he made the last 32 of both the German Masters and the Welsh Open as an amateur beating some experienced players, which bodes well for his debut season. He's a heavy scorer and made a number of big breaks on the way to earning his place at Q School. If he keeps that form going then he could have a few big runs this season and I expect him to make at least the last 16 of a ranking event.”

“Lyu made a serious impact last season accumulating £94,000 in prize money and getting himself into the top 64 after just one campaign - a tremendous feat on his top-tier return. This included a run to the semi-finals of the Northern Ireland Open and qualifying to make his debut at the Crucible, where he eliminated Marco Fu and ran Barry Hawkins close. With no points to defend, how much higher can Lyu rise in the rankings this season? Watch out for another burst in the rankings this season.”

Vic Snooker Academy
@Vics_Snooker
What a debut performance from our academy player Lyu Haotian! He got a lot of fans after crucible! New season will be better and stronger! 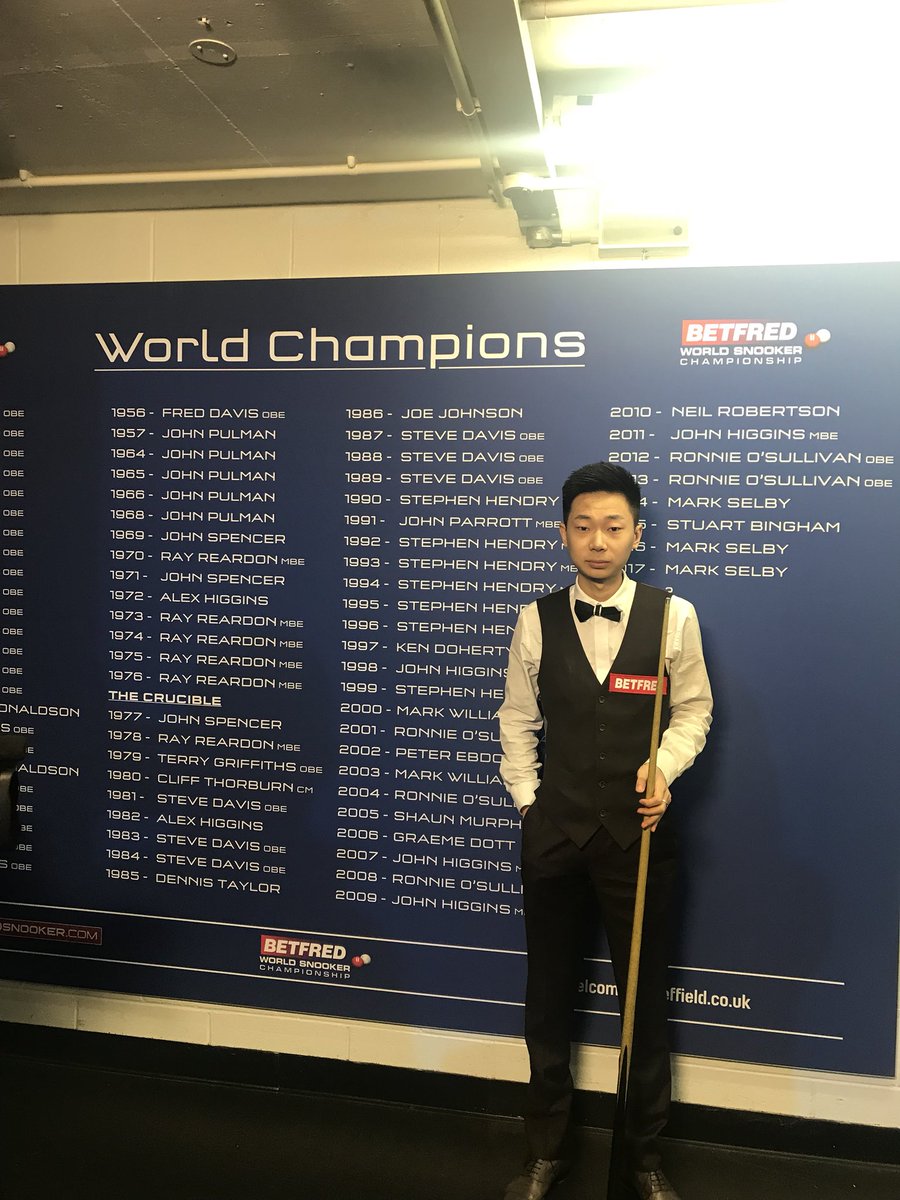