Football
News
Who Did Liverpool Buy With The £217m They Got From Selling Luis Suarez And Coutinho To Barcelona?
Simon Lillicrap
15:46, 01 May 2019

Liverpool will go up against two of their talented former players tonight in the Nou Camp as Luis Suarez and Phillipe Coutinho line up against their former side for the first time. Both players departed for hefty fees as Suarez left following the failed title challenge in 2014 for £75m, and Coutinho was brought in to replace Neymar, for a whopping £142m.

But just how did Brendan Rodgers, and then Jurgen Klopp, spend the huge amount of money the club had been given?

Let’s start with good old Brendan back in 2014. The club had just missed out on the Premier League title after that slip and the departure of Luis Suarez meant some top talent needed to be brought in.

On the face of it a good signing. Lallana had shone for Southampton in the previous two seasons and it seemed like a good move for Brendan to bring in a creative midfielder. Five seasons later and he is still there, but injuries have hampered his career. Not an awful signing but not great given his potential.

Another Southampton man. £20m for Lovren seemed a tad steep for the Croatian but he has turned out to be a decent signing for Southampton. He may be much maligned by some fans but he is a decent enough centre-back in the Premier League.

Dear me. Alberto Moreno. He has been at Anfield for five years now. The forgettable five. Incredibly he has made 90 appearances for Liverpool in that time with the left-back role open in the side until Andy Robertson came in. He may have only cost £12m but almost every penny has been a waste.

A quality player. The classy German midfielder joined from Bayer Leverkusen for just over £10m and was a top-class player for Liverpool. It was unfortunate that they lost him to Juventus on a free in 2018 but he did leave Liverpool with an unforgettable overhead kick against Watford.

It was a dream come true for Rickie Lambert to sign for his boyhood club and he was one of the better strikers in the league for Southampton the season before. However, at the age of 32 he looked past it and only scored two goals for the club. Hard to be too harsh on him as he signed for a small fee.

Two years later Rodgers was on the hunt for more strikers after the disappointment of Lambert. Mario Balotelli joined the club for £16m and had the talent to lead the Liverpool line, but unfortunately, his attitude meant the risk did not pay off.

Origi has been patient at Liverpool. He spent his first few seasons out on loan but this season has impressed off the bench, scoring a crazy winner against Everton after a Jordan Pickford error. Still only 24, he is a good squad player for now and still has time to develop.

Onto Jurgen Klopp who received a huge chunk of money in January 2018 when Philippe Coutinho was let go. He spent it slightly wiser than his predecessor.

Anfield Edition
@AnfieldEdition
Anfield Edition's Moment of the Season: Origi's “90+6” vs. Everton (2nd December)
Was it ever really in doubt?
With a 0-0 with Everton looking inevitable, Origi capitalised on Pickford's error to head it in. Queue bedlam and Klopp on the pitch 😂😂

What is there left to say about Virgil van Dijk? The PFA Player of the Year has been phenomenal for Liverpool since arriving from Southampton and taken their defence from shaky to solid. A heroic signing, winning a trophy with Liverpool would make him a 10/10.

An interesting one for Klopp. Keita is clearly talented but at £60m Liverpool fans could have expected more from the midfielder. He has failed to nail down a first team place so far but at 24 has time to develop. A tough one to judge.

Another player who has strengthened Liverpool’s squad. Shaqiri has also had to be patient with limited gametime available but when he has featured he has done well. A snip at £12m the Swiss international knew he was unlikely to get past Mo Salah in the right wing position but has been a good signing off the bench.

Having had to put up with Loris Karius the season before meant that most goalkeepers would be an upgrade for this season. Klopp plumped for the big money signing of Roma keeper Alisson Becker and it has been another fantastic signing for the Reds. Liverpool have only conceded 20 goals in the league this season and that is due to their outstanding goalkeeper and defence.

The Brazilian’s signing came from nowhere in summer. No rumours or anything before he was officially announced. He has been a good signing for the Reds, solid in midfield or defence, a player unlikely to make a mistake.

Luis Suarez
@LuisSuarez9
Ready to fight for the dream 💪💪💪💪💪 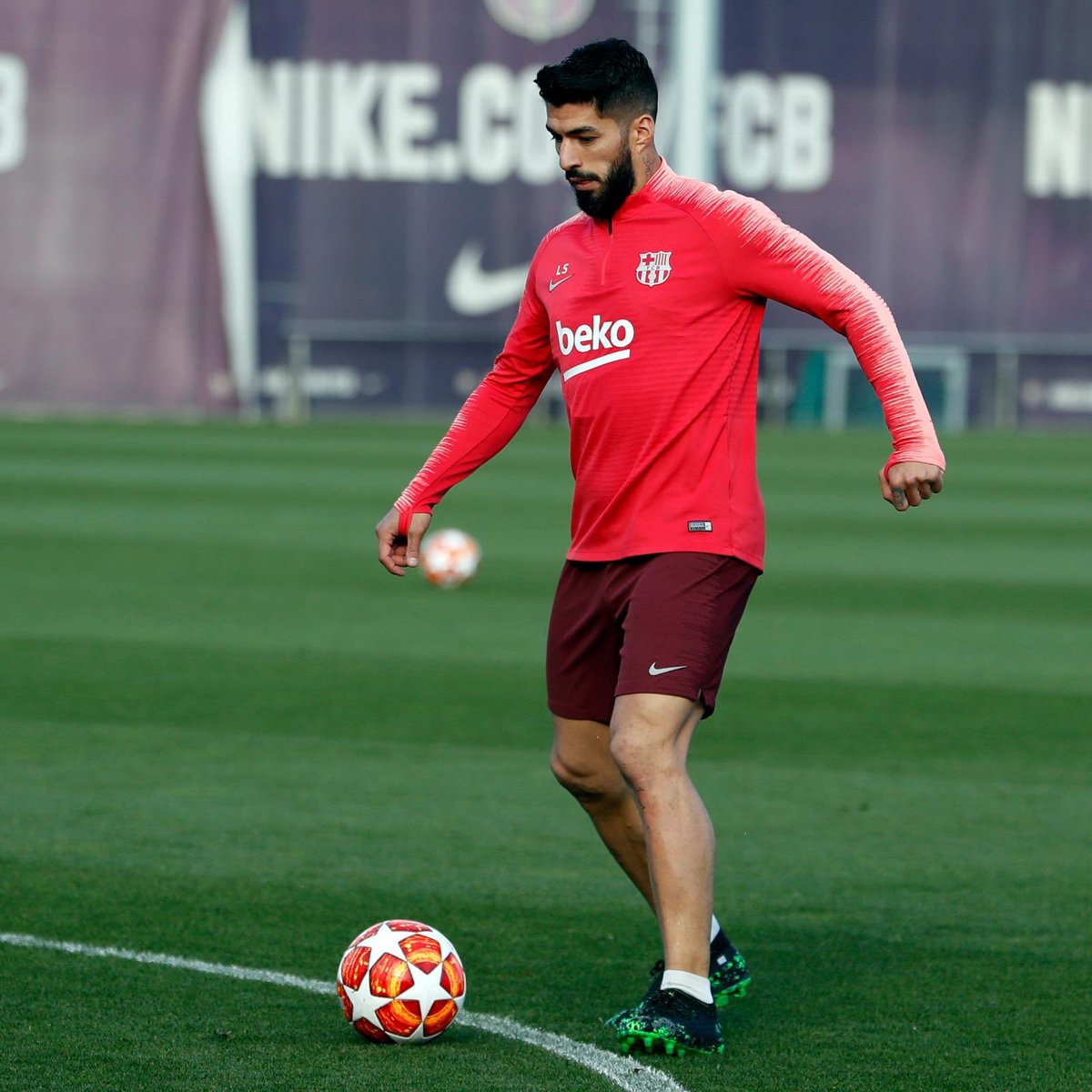 1912
26004
x
Suggested Searches:
Manchester United
Liverpool
Manchester City
Marcus Rashford
Premier League
More
football
Brazil Close On Olympic Double As Spain Continue Phenomenal...
Brazil’s men’s football team have taken a giant step forward to retaining their Oympic title [ ... ]
football
Harry Kane Take Note: Five Footballing No Shows Who Tried To...
Harry Kane’s decision to stay away from Tottenham Hotspur training this week is nothing unusual [ ... ]
football
Joe Hart Is Exactly The Kind Of Astute Signing Struggling Celtic...
It is a move which will unite a club already knocked out of the Champions League with a goalkeeper who [ ... ]
football
What Did Fans Make Of Their Return To Competitive Football This...
Competitive football in England returned with fans this weekend for the first time since restrictions [ ... ]
football
Three Things We Learnt From Opening Weekend Of The Scottish...
The Scottish Premiership got underway this weekend as domestic football returned to Britain with a bang. [ ... ]
football
Is It Time For Men's Football To Give The Olympics A Miss?
As the Olympic football tournaments reach the semi-final stage it is worth reflecting on whether the [ ... ]
football
Coady And Jimenez Among The Keys As Lage Seeks Flying Start...
It is the dawning of a new era for Wolverhampton Wanderers this season. Nuno Espirito Santo has moved [ ... ]
football
Five EFL Championship Players To Watch In 2021-22
The Sky Bet Championship gets underway in less than a week and fans cannot wait for another season of [ ... ]
football
Reunion With Craig Gordon A Reminder Of The Leaders Celtic Are...
Celtic’s Scottish Premiership opener will include a reunion with ex-goalkeeper Craig Gordon when [ ... ]
football
Theo Walcott Can Finish His Career On A High After Returning...
Theo Walcott was once England’s youngest-ever debutant, a speedy forward ready to put the frighteners [ ... ]
football
Treble Or Failure? Expectations Are Sky High For Gerrard And...
This time last year Rangers were a team with loads to prove and a big hole in their trophy cabinet. [ ... ]
football
Sam Kerr-Inspired Matildas Send Team GB Crashing Out Of Tokyo...
Sam Kerr inspired Australia to the semi-finals of the Olympic football tournament after a 4-3 victory [ ... ]
football
Graham Potter Will Face His Sternest Test As Brighton Manager...
Brighton and Hove Albion are about to get underway in their fifth consecutive season in the Premier [ ... ]
football
The Bold, The Brash And The Bizarre, The Best Kits For The 2021/22...
The 2021-22 season is only days away and it is time to decide on some of the nicer football kits that [ ... ]
football
Celtic Champions League Woe: Postecoglou Can't Carry The Can...
“We never stop,” insisted Ange Postecoglou to his Celtic players. “If our movement’s [ ... ]
football
Time For Dyche And Burnley To More Than Just Make Up The Premier...
Burnley are about to enter their sixth consecutive season in the Premier League, and it is time for [ ... ]
football
Toby Alderweireld Exit Another Step Closer To End Of Pochettino...
Toby Alderweireld’s Tottenham Hotspur departure is another step closer to the end of Mauricio [ ... ]
football
USWNT's Olympic Woes Are Not New But The Concern Is Very Real
We’ve been here before with the United States women’s national team… just not very [ ... ]
football
Brentford Are Way More Than Just Ivan Toney As They Approach...
Brentford will be the 50th side to have ever played in the Premier League when they begin their season [ ... ]
football
#HerGameToo Survey Reveals Shocking Scale Of Sexist Abuse Towards...
The social media movement #HerGameToo aimed at stamping out sexism in football has released the results [ ... ]
football
Future Chelsea Boss? John Terry's Aston Villa Apprenticeship...
Steven Gerrard is about to lead a title defence with Rangers, Wayne Rooney is fighting fires at Derby [ ... ]
football
Scottish Premiership Betting Preview: Rangers To Dominate Under...
The Scottish Premiership is back this weekend with a tasty opening round of fixtures kicking off the [ ... ]
football
Will Watford's Hire And Fire Policy Keep Them In The Premier...
In less than two years, Watford have had four permanent managers. Xisco is the man currently in the [ ... ]
football
Varane & Maguire Partnership Could Be Crucial to Man United's...
With the impending arrival of French centre-back Raphael Varane from Real Madrid, Manchester United [ ... ]
football
Everything You Need To Know About The Opening Weekend In The...
The 2021/22 Scottish Premiership campaign gets underway this weekend as Steven Gerrard’s Rangers [ ... ]
football
Norwich Should Be Praised For Trying To Do Things Differently...
Norwich City are always beaten with the same stick. Even when they were promoted in May, their social [ ... ]
football
On This Day In 1974: Bob Paisley Becomes Liverpool Manager As...
Much is made of Bill Shankly’s legendary impact in transforming Liverpool from a failing second [ ... ]
football
Welcome Home! The Footballers Who Returned To Their Boyhood...
Lukas Podolski has made a dream move to his boyhood club Gornik Zabrze at the age of 36, fulfilling [ ... ]
football
Former Team GB Manager Stuart Pearce Reflects On London 2012
Only one man in history has managed a men’s football team for Team GB at the Olympic Games. Back [ ... ]
football
Why Are David Beckham's Inter Miami Failing Under Phil Neville?
It wasn’t meant to work out like this. David Beckham, one of the most famous sportsmen on the [ ... ]