Football
News
The former Benfica boss has worked for Sheffield Wednesday and Swansea in the past
Conor Keane
14:22, 25 May 2021

Wolverhampton Wanderers are reportedly closing in on the appointment of Bruno Lage as their manager to succeed Nuno Espírito Santo.

Lage, like Nuno, is a Portuguese manager represented by super-agent Jorge Mendes, who himself has close ties to Fosun, the club’s owners. It comes as no surprise that Mendes’ links are once again being used by Wolves as they search for their first manager in four years.

But who is Lage, and what could he bring to the Molineux hot seat?

Born in Setúbal, Lage began his coaching career in the youth ranks of Vitória de Setúbal in 1997. From 2004 to 2012, he coached across all the youth groups at Benfica before moving to the United Arab Emirates to coach Shabab Al-Ahli Club’s Under-19 and B team until 2014.

Lage was introduced to English football in 2015 when he was appointed as an assistant to Carlos Carvalhal at Sheffield Wednesday. In his debut campaign he helped guide the Owls to the Championship play-off final in 2016, narrowly missing out on the Premier League to Hull City. In that same season, Wednesday hammered Premier League giants Arsenal 3-0 in the fourth round of the League Cup as they turned in one of their best seasons since being relegated from the top flight in 2000.

He and Carvalhal experienced more play-off heartbreak in South Yorkshire the following season when they were defeated in the semi-finals on penalties by Huddersfield Town, who went on to achieve promotion. He departed Hillsborough in December 2017 when Carvalhal had his contract terminated by mutual consent. 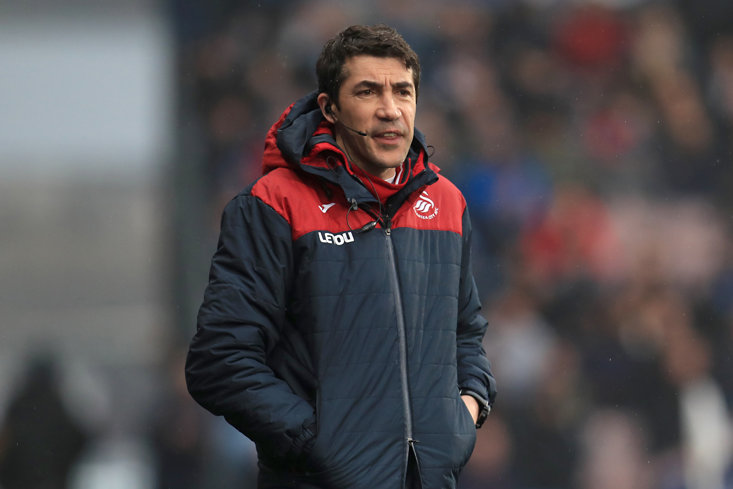 Four days later he had another job in England, again assisting Carvalhal as the pair joined Swansea City in the Premier League. Tasked with keeping the club in the Premier League, they were able to oversee two excellent victories over Liverpool and Arsenal; 1-0 and 3-1 respectively. However, despite some good results, the pair could not save Swansea from relegation to the Championship, and they both exited the Liberty Stadium in May 2018.

In July of the same year, Lage returned to Benfica and was put in charge of the reserve team, replacing Hélder Cristóvão, yet he made the step up to take caretaker charge of Benfica’s first team midway through that season following the dismissal of Rui Vitória. Three days after being awarded his new role, Lage oversaw a 4-2 home win over Rio Ave in his first Primeira Liga game, a result which earned him the job permanently eight days later.

He led the club to two consecutive Lisbon derby victories before guiding his side to a 10-0 thrashing over Nacional, the Primeira Liga’s highest margin of victory since 1964 and the biggest win at the new Estádio da Luz. From a position from which they were deemed extremely unlikely to win the title, Benfica managed 18 wins, one draw and zero defeats to be crowned champions in one of the most stunning ends to a season ever seen in Portugal.

The 45-year-old also led Benfica to the Portuguese Super Cup as well as the Europa League quarter-finals, only to be beaten by Frankfurt on away goals. It was not a successful full campaign for Lage the following season as Benfica lost out on the title to Porto by five points, equalling a 20-year record of poor results with two wins in 13 matches and also setting a new mark of five consecutive matches without a win at Estádio da Luz. His contract was terminated on 4 July 2020 and he has been out of work since.

The Portuguese coach is an attack-minded manager, but his lack of experience seemed to lead to some issues in his one full season with Benfica as O Glorioso became defensively vulnerable when things were not going their way. With minimal managerial episodes on his CV, it is perhaps understandable why some Wolves fans may be hesitant.