In lifting the European Championship trophy in the summer of 2016, Fernando Santos achieved something that no England manager has ever come close to. Yet despite this impressive accomplishment, the Portugal boss remains a relative unknown in an era of Super Gaffers.

The likes of Pep Guardiola, Jurgen Klopp, and Mauricio Pochettino hog the headlines in club football, while the international spotlight is dominated by Didier Deschamps, who a year ago became the third man to lift the coveted World Cup as both a player and a manager.

Two years earlier, Deschamps’ Les Bleus were the hot favourites for European Championship glory on home soil, only to be undone by Santos’ dogged Portugal who sprang a surprise in France, despite carving out only one win - in 90 minutes - during the tournament.

Portugal’s triumph wasn’t one for the purists, however their pragmatic approach was expertly orchestrated by the unfashionable Santos, who has found his forte in the international arena after nine years of success at the helm of Greece and Portugal after a toing-and-froing between the countries at club level.

Santos’ journey started off at Benfica, where he was a youth team player in the early 1970s under the club’s incumbent Jimmy Hagan, one of the most influential and pioneering managers of all time.

“He was a father figure, the first coach I had and I think he was one of the first coaches anywhere in the world to work on physical condition, tactics and technique all at the same time in one single training session,” Santos told The Daily Telegraph last year.

Under Hagan Benfica won three consecutive league titles but, while Santos didn’t make his senior debut until later when he switched to Estoril, Hagan was evidently a huge influence on the young player.

“This was revolutionary at that time and really impressed me. I had a strong connection with him because he emphasised a way of life - the demands of training and the need to work.” 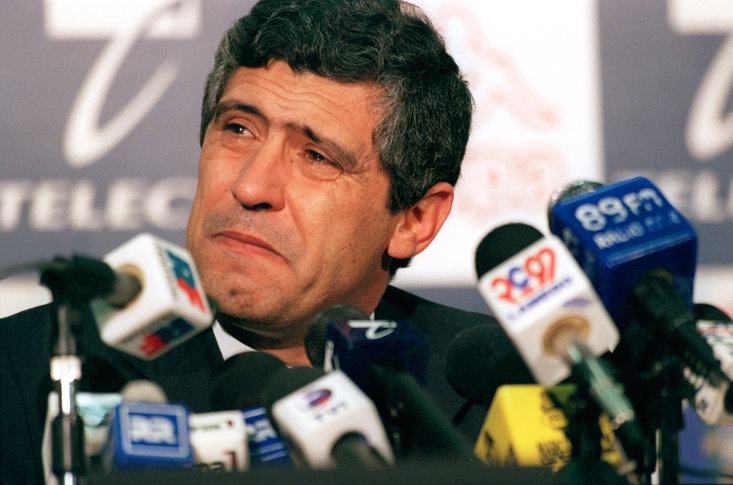 Santos, who juggled a degree in electrical and telecommunications engineering during his playing days, also started his managerial career at Estoril, with whom he led to two promotions up into the Portuguese top-tier. He proceeded to spend a decade at that level as spells at Estrela da Amadora, and giants Porto followed, winning five honours with the latter including the league title.

In 2001 Santos voyaged over to Greece. First at AEK Athens, where he won the Greek Cup but lost out in the league on goal difference, then Panathinaikos, a position he vacated after four months. Two years after leaving his homeland he found himself back, this time with Sporting Lisbon where he lasted a season.

A second stint at AEK Athens followed, as did a Manager of the Year accolade, then it was back to Portugal for a spell at the country’s third big club, Benfica, where he’d been influenced by Hagan 30 years prior. Unfortunately, he could not replicate the success of his mentor, suffering the sack just over a year after taking the job.

Santos spent three years back in Greece at PAOK, then it was time for a stab in the international dugout with the Greece national team, six years after the country famously won the European Championships at Portugal’s expense in Lisbon’s Stadium of Light.

At the helm of Greece he reached the quarter-finals of Euro 2012 where his side lost 4-2 to Germany. In 2014 he became the first manager to lead Greece into the knockout stages of a World Cup, in dramatic fashion too, thanks to a last-gasp goal from Georgios Samaras. However, Greece were then beaten on penalties by Costa Rica in the last-16, a match which saw Santos sent to the stands and subsequently dealt a whopping eight-match ban - later cut to two. 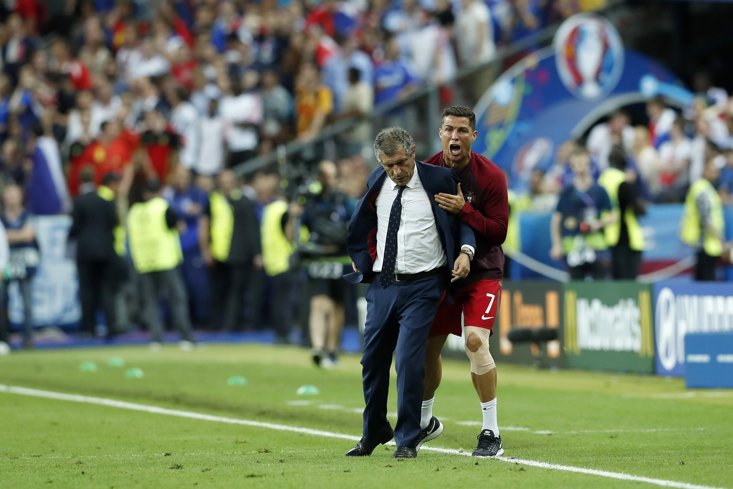 Santos and Ronaldo during Portugal's Euro 2016 triumph over France

Back in Portugal the national team suffered a shock defeat at home to Albania in their opening Euro 2016 qualification match. Boss Paulo Bento departed, and in came Santos who oversaw seven straight wins to soar his side into the Finals.

Portugal frustrated in the group stages, but sneaked through despite drawing each game. A 117th minute Ricardo Quaresma goal knocked out Croatia in a forgettable match which set-up a quarter-final clash against Poland. Santos’ men again failed to win in normal time but this time progressed via a penalty shootout victory, before dispatching of underdogs Wales in the semi-finals - in the space of 90 minutes!

Star man and skipper Cristiano Ronaldo was forced off early doors in the Final against France in a game that was decided by an extra-time strike by Eder, as Portugal won their first ever major tournament. Ronaldo’s touchline theatrics ensured that he grabbed the headlines at the expense of his more calm and composed manager who may not have set the managerial world alight but that’s just the way he liked it.

Portugal, beaten by Uruguay in the last-16 of the 2018 World Cup, are now hosts of the inaugural National League Finals this week and with only one competitive defeat in 24 matches (excluding penalties) they are very difficult to beat.

The Seleção also have the added motivation of bidding to wipe away the country’s crushing disappointment of losing a major tournament on home soil 15 years ago and, if triumphant, the 64-year-old Santos will secure a unique European Championship and Nations League double, and status as Portugal’s greatest ever international manager.