When the greatest snooker show on earth comes around in April at the Betfred World Championship, fans relish seeing their favourites and the sport’s biggest box office names doing battle at the iconic Crucible Theatre in Sheffield.

With the top 16 from a two-year rolling ranking list guaranteed their place without the extra gruelling ordeal of qualifying at the English Institute of Sport, we know that the likes of reigning and four time champion Mark Selby, Ronnie O’Sullivan, Judd Trump, player of the season Neil Robertson and the rest of a glittering elite cast will be present in the first round.

But the scrap to join them for the other 128 is perennially one of the most compelling 10 days of any season. Tour rookies take their place alongside former world champions and even the odd amateur desperately bidding to earn their shot at walking down the famous stairs.

So how are things shaping up this year both for the 16, and the likely battle to come below them – given a late run in Turkey could still slightly alter the picture? In addition to the four above, Kyren Wilson, John Higgins, Zhao Xintong, Mark Williams, Barry Hawkins, Shaun Murphy, Anthony McGill, Stuart Bingham, Jack Lisowski and probably Luca Brecel are all looking good.

There have certainly been a few heads being scratched over the decision of China’s Yan Bingtao to give late March’s Gibraltar Open a miss, because that could yet prove very costly for the 22-year-old former Masters champion who should be a real contender for the title at the Crucible.

Yan was one of 12 that still could have pocketed a £150,000 sponsor’s bonus by winning in Gibraltar, and while it is not the most high-profile tournament and comes with other practical problems for the players (difficulties getting on a practice table with so many players competing over so few days) for that reason alone it was a major surprise not to see him enter.

But the actual and potential ramifications are more serious even than that for world No17 Yan. Going out at the last-16 stage of the Turkish Masters to Oliver Lines means that with no Gibraltar lifeline he cannot qualify for the prestigious and lucrative Tour Championship in Llandudno in late March exclusively for the best-performing eight players of the season.

He had been ninth on that list – and is also very close on remaining in the top 16 for the World Championship, which of course comes with the automatic place in the final stages at the Crucible without having to endure the brutality of three qualifying matches to get there.

If results for the remainder of the Turkish Masters and then the Gibraltar event go his way, Yan will be breathing a huge sigh of relief after what looks like a bad strategic blunder and oversight by the player and his team. He himself confirmed in Antalya that he didn’t know about the bonus, and hadn’t been paying close attention to the various ranking lists.

Clearly if Yan is edged out he then becomes a red-hot favourite to get through qualifying, and a potentially nightmare first-round draw for one of the 16 seeds.

The reigning Northern Ireland Open champion Mark Allen should be okay, as he is well set to play in the Tour Championship which carries a £20,000 prize money minimum. The 36-year-old Antrim pro appears to have largely put a horrendous last 18 months off the table behind him, that saw the world No11 beset by financial and legal issues. 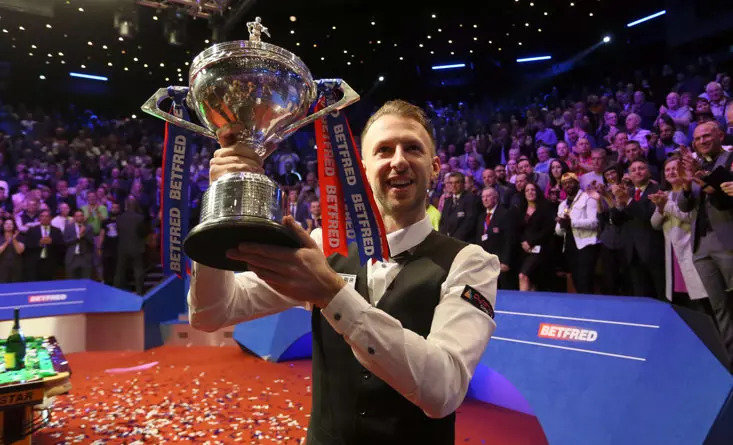 Though one or two individual positions could still significantly change before the trophies are lifted in Antalya and then again in Gibraltar, there are certainly going to be other dangerous players floating around in qualifying. Only one or two of whom could scrape in before April.

Ding Junhui, Ali Carter and Martin Gould were all still going in Antalya at the time of writing. We have already covered Ding’s signs of better form in Turkey at The Sportsman, but Carter and Gould are both very dangerous opponents for anyone and no respecter of reputations.

Iran’s Hossein Vafaei is starting to really look the part on the professional tour. The 27-year-old lost so many years to visa issues and diplomatic problems way beyond his orbit of influence, but with the experience and confidence building every season he claimed a first ranking title at the Shootout this year, and looks increasingly like a serial contender for silverware.

David Gilbert of course has a proven track record at the Crucible if he can get back there, having only just lost a semi-final in agonising fashion 17-16 to John Higgins in three years ago. Though Gilbert finally won an overdue first ranking title at the Championship League last summer, the rest of the season has been patchy as he has struggled to get past the quarter-final stages.

Scots Graeme Dott and Stephen Maguire would both be fancied to come through qualifying if that is where they end up, with the former having lifted the trophy back in 2006, and the latter - a six-time ranking event winner - far more often in the top 16 than not over the last 18 years or so.

Veteran Joe Perry played superbly well to win just a second ranking title in his 30th season on tour at the recent Welsh Open, deservedly beating Judd Trump in the final. And with the wave of young Chinese talent flooding through the game, what about a run in qualifying from amateur Si Jiahui.

The 19-year-old may not officially have professional status, but that comes later this year after his success at the WSF world amateur championship. However at that event, and on the secondary Q Tour, and at the tour events at which he has been allowed to take part this season, Si has looked a real player.

His first crack at the circuit came too young at 17 and he fell off last summer, but the return has been swift and the suspicion is he will do far more damage this time round.