Football
News
The Bees have agreed a deal with Sampdoria to bring the Danish international to the Brentford Community Stadium
Conor Keane
17:05, 03 Aug 2022

Brentford have had an interesting transfer window so far this summer as they prepare for their second season in the Premier League. They have signed promising Scottish left-back Aaron Hickey from Bologna, exciting attacker Keane Lewis-Potter from Hull City and seasoned defender Ben Mee from Burnley.

Now they seem to have landed a suitable replacement for Christian Eriksen as they have had a £16 million bid accepted by Sampdoria for fellow Denmark international Mikkel Damsgaard. The 22-year-old winger will be a familiar name in this country as he was the scorer of Denmark’s stunning free-kick against England in the Euro 2020 semi-final. He was one of the most impressive young talents on show last summer and his performances were always going to catch the eye of Premier League clubs.

As a creative talent who can play on the flank or centrally he is exactly the type of player the Bees need following Eriksen’s departure - and while the player is not quite at the Great Dane’s level yet, he has all the attributes to help lift him to that level. After all, he was the player Denmark boss Kasper Hjulmand turned to at the Euros after Eriksen’s horrific cardiac arrest and Damsgaard then helped inspire them to the semi-finals.

Damsgaard would certainly be coming to the right club to nurture his development as Brentford have long been known for producing talent and while they could not turn down the chance to sign Eriksen, he did not fit their traditional blueprint for signings. Damsgaard however, does. He’s young, skillful and got plenty of resale value should he thrive at the Brentford Community Stadium. 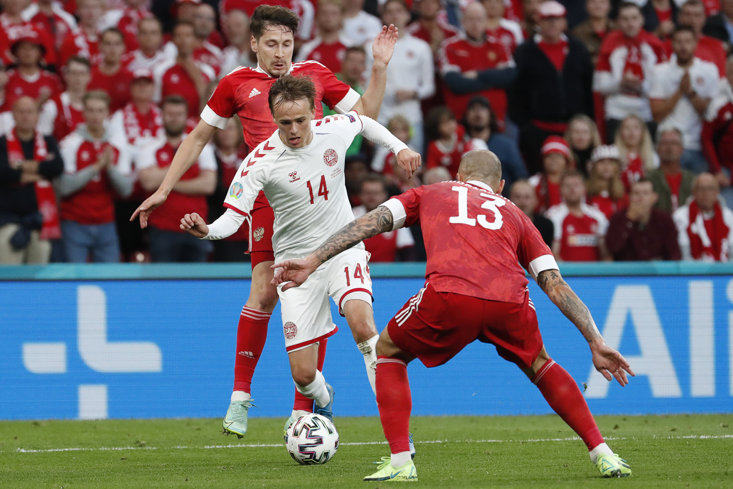 The main concern for Bees fans will be that the midfielder missed six months of last season after being diagnosed with severe arthritis. He has been on medication since and that seems to have fixed the problem. So like his compatriot Eriksen, he will be looking to prove that previous medical scares are not a stumbling block for those with bags of talent, just hurdles they believe they can overcome. Damsgaard was only able to make 12 appearances last term after such a stunning Euros campaign and after a tough year he will be out to show the world more of what we saw at Euro 2020.

It is rather fitting that it should be Brentford where Damsgaard can reintroduce himself on a grand stage after a health setback, where his legendary international teammate did so just months before. Damsgaard will have likely spoken to Eriksen about his time with the Bees which will have impacted his decision to move to TW8.

As long as there are no issues with the player’s medical, Brentford will be getting an exciting, hungry star looking to follow in Eriksen’s footsteps. Let’s not forget that this is a player who only 12 months ago would’ve been costing clubs around Europe a lot more than the £16 million the Bees have had accepted by the Serie A side.

This looks set to be another excellent piece of business from one of the smartest clubs when it comes to recruitment.