Harry Maguire was confirmed as Manchester United captain for the forthcoming season on Monday, and Twitter was predictably level-headed and accepting of the decision.

‘Finished club’ ‘Boooooooo’ ‘We are doomed’ ‘Here we go AGAIN’ ‘Liquidate ASAP’… They were among the more printable responses as the little corner of United fandom which seems to exist only in the hope that Cristiano Ronaldo is made captain, player-manager, player-chairman and player-King of the World before the end of his contract, reacted much as they always react. Irrationally.

Because, let’s face it, who else should be Manchester United captain? They signed Maguire in 2019 with a view to him being a long-term leader, handed him the armband five months later after Ashley Young left for Inter Milan, and since then he has regularly been the first to front up as things have gone waywardly, to say the least, on and off the pitch.

·  Did Ronaldo bite off more than he could chew?

He might have underperformed for the most part since his arrival from Leicester City, but there are a huge number of reasons to continue having him lead the team. 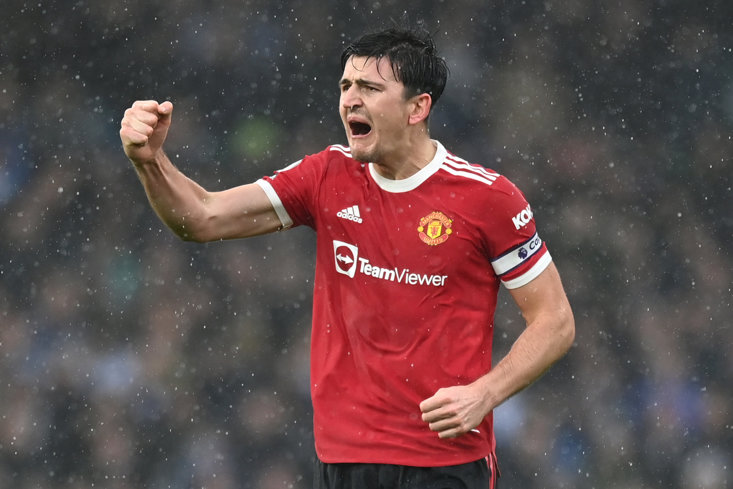 United need some changes to their first-team squad, we are all very clear on that, but one thing which ought to be altered only as a last resort is the identity of the captain. If a little spat with Ronaldo is all it needs to ensure that somebody loses their right to lead then United are in bigger trouble than we realise.

Maguire has played an average of 34 games per season in his three years at Old Trafford, has 46 caps for his country and has a pretty unmatchable record over the last decade when it comes to always being one of the first names on a team sheet. And that’s a big deal for a leader, especially at a club which previously had as its captain the likes of Young, Michael Carrick and Antonio Valencia, none of whom were playing much football by the time they were handed the honour.

How many times have Manchester United been shamed on the football field in the past few years? They’ve lost to Crystal Palace, West Ham, Newcastle, Bournemouth, Watford, Burnley, Sheffield United, Leicester, Aston Villa, Wolves, Everton, Brighton… pretty much every Premier League team possible. Then there have been the thrashings by Liverpool (5-0 at home and 4-0 away), Brighton (4-0), Tottenham (6-1), Man City (4-1) and Watford (4-1).

And who has been one of the first players at every turn to stand in front of a microphone and accept responsibility on behalf of the team? Maguire. Acting like a captain, a leader. Sure, lifting trophies is one requirement of a skipper, but in the first instance they have got to be willing to stand in front of the flak and take it, on and off the field.

Who else is there?

Let’s face it, he’s about the only serious option for consideration at this point. Ronaldo might have been one choice if he hadn’t flounced off in a huff and asked for a move, acting like the opposite of captain material in the process. David de Gea is a club legend but a goalkeeper as captain is not ideal. Raphael Varane barely speaks English and only started half of United’s league games last season, while Bruno Fernandes’ form has slipped rather than peaked in recent times.

Beyond them, who are realistic contenders? Marcus Rashford is no automatic choice anymore, Luke Shaw and Victor Lindelof likewise, Fred is another who might not have the language for it and Scott McTominay, while the most refreshingly forthright and combative of the bunch, probably doesn’t get into a United starting XI if they are competing for trophies regularly.