They were the runaway title contenders last year and are fast becoming the two modern giants of English football.

Liverpool and Manchester City lead the way once more in the Premier League in 2019/20, and on Sunday they meet up in what many are already claiming could be a title decider. But whereas Pep Guardiola’s side are back-to-back champions, it is Liverpool who go into this one with the favourites’ tag.

A quick look at the various areas where key battles will take place this weekend only helps to highlight the fact that Jurgen Klopp’s men are the team with the upper hand right now...

LIVERPOOL'S FORM IS BORDERING ON THE INCREDIBLE

Liverpool are the form side, of that there can be little doubt. They are the only unbeaten team in the English professional leagues this season, with their run stretching back 28 games in total since a 2-1 loss to City at the Etihad in January - their only defeat of 2018/19.

They have also not been beaten at Anfield in 45 matches, with Crystal Palace the last team to get the better of them on home territory back in April 2017.

While many might credibly point to City as the most likely team to bring a juddering halt to Liverpool’s form, it is the Reds who have everything weighing in their favour coming into the game.

They have only Joel Matip unavailable of what you would call their first-choice starting XI, their star forwards are taking it in turns to step up and make the difference when needed, and they come into the game off the back of a fairly straight-forward, uneventful Champions League home win on Tuesday while City have questions to answer following Wednesday’s madness in Milan... 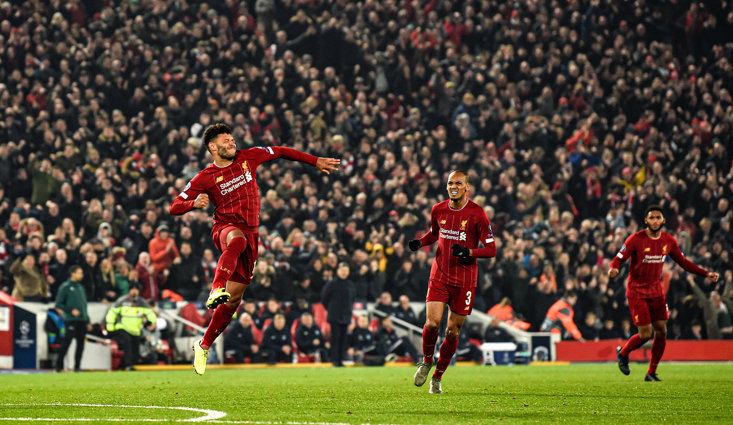 CITY’S LACK OF DEPTH AT THE BACK IS CONCERNING

...Which brings us neatly onto Guardiola’s main headache.

Ederson has been ruled out of the Anfield fixture after being withdrawn at half-time in City’s 1-1 draw with Atalanta, but Claudio Bravo showed on Wednesday that he can't even be trusted for 45 minutes as his sending-off resulted in Kyle Walker donning the gloves for the closing stages at San Siro. And it isn’t like a drop in quality beyond the first-choice is exclusive to the goalkeeping ranks either.

Aymeric Laporte’s knee injury was all it took to make City’s defensive options look remarkably light in number and quality. Nicolas Otamendi has a rick or two in him - see the defeat at Norwich - while John Stones has still to convince over a consistent period. The redeployment of Fernandinho as a centre-back is yet to look like a long-term solution either, and is currently out of the question while his midfield alternative Rodri is injured.

Some observers might claim that Liverpool are light in depth, but it is actually City - a club who have spent a fortune on their squad - who are seemingly shortest in reserve right now. 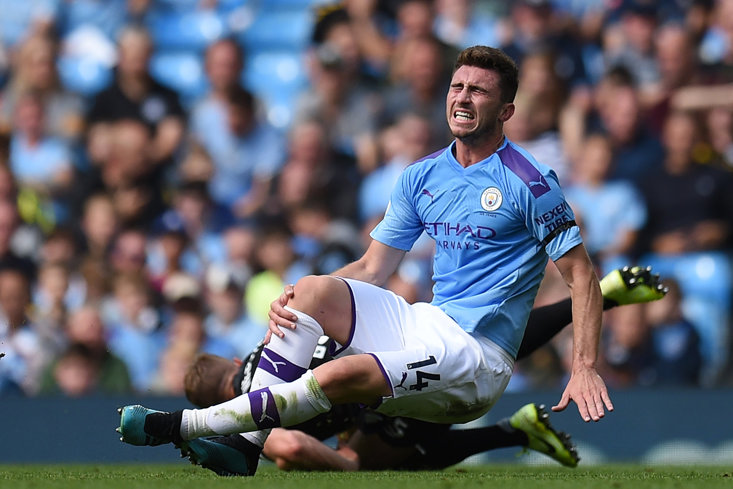 The flow of the game ought to keep viewers captivated. City’s possession-heavy, passing style makes most of their matches worth watching, while Liverpool can be electric on the break when the likes of Mohamed Salah, Roberto Firmino and top-scorer Sadio Mane are released in space.

City were unable to live with that counter-attacking when Klopp’s side sent them flying out of the Champions League in April 2018, and while they managed to avoid a repeat of that at Anfield last season they did so at the expense of their own natural style.

That 0-0 on Merseyside last October was no skin off City’s nose since they had gone into the game ahead of Liverpool on goal difference. This time the onus is on Guardiola to force a result in a bid to cut into the Reds’ current supremacy on the league ladder. 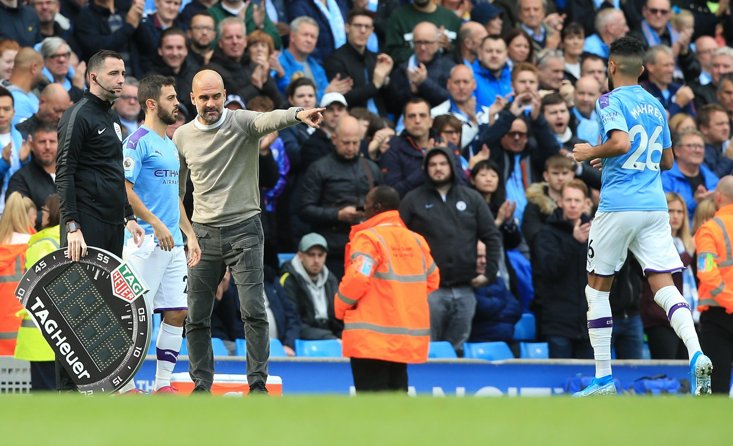 SUBSTITUTIONS COULD OPEN THE GAME UP FOR KLOPP

The two managers are astute enough in their tactics that there is every chance they could cancel each other out for the majority of the match, but a deadlock will do City no favours.

As such, Jurgen Klopp might well end up waiting on Guardiola to make his team more open in the pursuit of the three points before allowing his side to really go for the kill.

Klopp doesn’t normally change his approach first, as Jose Mourinho so stingingly asserted back in 2017 after a drab 0-0 draw between Liverpool and Manchester United at Anfield.

“I was waiting for Jurgen to change,” said Mourinho after claims the United boss had been too defensive. “I was waiting for him to go more attacking, but he kept the three strong midfielders all the time where he was having control because I only had Ander Herrera and Nemanja Matic.

“I was waiting for him to give me more space to counter, but he didn’t give me that.”

If Guardiola is the bold one, as he arguably needs to be, the nature and effectiveness of his substitutions, as well as Klopp’s ability to respond, could well decide the game.