Football
News
The Reds are looking much more like their Champions League-winning selves of 2019
Conor Keane
09:30, 24 Nov 2021

Liverpool look right at home in the Champions League and they can pretty much put their feet up tonight, having already qualified for the knockout stages. They are already showing signs that they are back to their dominant ways from 2017/18 and 2018/19, in the latter of which they won their sixth European title.

There is just something about this Reds side that is to be feared among the rest of the competition. Jurgen Klopp is one of the most intelligent coaches when it comes the continent’s premier competition and his team, along with Chelsea, look like the two strongest English sides so far, with some very impressive performances.

They bested the usually imperious defence of Atletico Madrid, despite Diego Simeone's best efforts while they have also got the better of AC Milan at Anfield. As a a result they have taken maximum points from their four games in what was dubbed this year’s group of death, and they have breezed through it with two games to spare. Theoretically, this should lead them to a favourable draw in the round of 16.

Liverpool are also blessed with having the experience of reaching finals in this tournament. They will know better than most just how to adapt to the demands of knockout football, and Klopp has always made sure his players are well-equipped for it. They are brilliant in breaking teams down, but also picking teams off who overcommit to the attack, and it is why they are going to be one of, if not the most feared side to face on the road to the final. 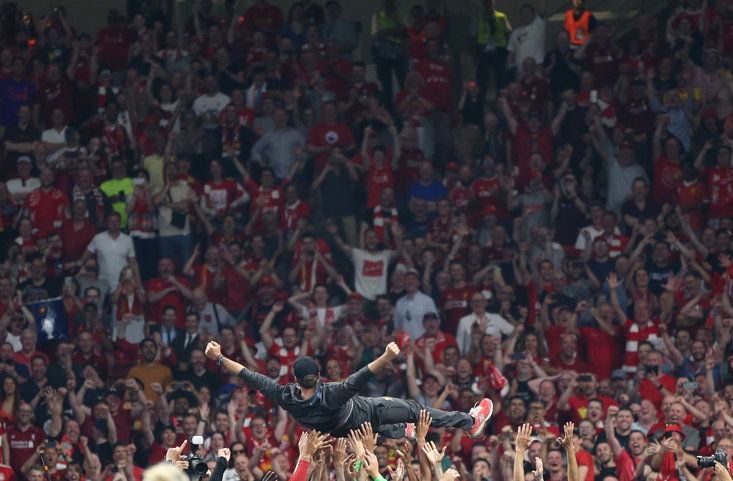 Klopp could face a setback in the form of fatigue from the African Cup of Nations with two of his leading stars, Mohamed Salah and Sadio Mané, in action. The AFCON is set to end on 9 February and the knockout stages of the Champions League commence the following week. Liverpool’s attacking duo may be forfeited from their first round of 16 clash, but it shouldn’t be an issue.

As already mentioned, Liverpool are likely to gain a favourable draw after already topping Group B, but Klopp has such a knowledge of the game that he could adapt his formation to the losses of Salah and Mané and the Reds would still likely turn in a commanding performance. There is also the chance that the duo could make an instant return after their AFCON campaigns, which would instil even more fear into the teams left in the Champions League.

The 'Egyptian King', Salah is arguably the best player in the world at this current time and with how he is playing for Liverpool this term, you find it very hard to see him on the wrong end of a result. Even when he wasn’t having his sharpest of games in the away game against Atletico Madrid, he still scored twice, with his ice-cold second-half penalty being the match-winning strike.

With Manchester City having occasional striker problems, and Manchester United in deep water across the Champions League and Premier League, they do not look as prominent as Liverpool to go on and claim the 2021-22 title. Reigning champions Chelsea are the closest to Liverpool after thumping Juventus, but they have already tasted defeat in the group stage, and their attack does not seem to have as much firepower as the Reds.

They may have not progressed past the quarter-finals stage in the last two seasons, but Liverpool are looking much more like their Champions League-winning selves of 2019.