Football
News
With Mitro on fire, we should be in for another entertaining season at Craven Cottage
Simon Lillicrap
18:04, 20 Jul 2022

From Lisbon and Athens to Hull and Watford, it's fair to say Marco Silva has been on quite the European adventure in his decade as a manager, but in recent times he seems to have settled in England. Now, with Fulham, he’s made it back into the big time.

His previous Premier League experience has been difficult to judge and Fulham could be the perfect club for him to finally stamp his mark on the top flight. Having won the league with Olympiacos and beaten Arsenal in the Champions League group phase, he attempted to save bottom of the league Hull City from relegation.

It began well with four home wins on the trot and he even got the Tigers out of the relegation zone, before three defeats in their final three games condemned them to the Championship. Still, his brief uplift of Hull got him the Watford job that summer, and a flying start there saw him catch the attention of an Everton side that were in that strange Ronaldo Koeman/Sam Allardyce era.

He’d been linked with the job in November 2017 and was sacked in January 2018 after an approach from the Toffees had caused Watford’s results to deteriorate. Clearly his head wasn’t in the game, and after Allardyce kept Everton up, Silva finally got the job in the summer.

A 22-0 win in pre-season, a 4-0 win over Manchester United and an eighth-place finish in the Premier League all followed but the Goodison Park relationship floundered in the second season. After more heavy summer spending, Everton couldn’t get going and by December, they were in the relegation zone and Silva was sacked.

"The Blues really found their groove with their best showing coming in that 4-0 win over Man Utd on the way to finishing 8th. Such form wasn’t to last though and Silva was dismissed after a 5-2 Merseyside derby drubbing at Anfield. Despite the ending, Silva was well liked by the fanbase during his time with Everton though one wonders if the Blues really saw his true personality come across in the Toffees dugout."

His record in English football is far from perfect. But like any good relationship, it's turbulent, unpredictable, and damn exciting. Arriving at Fulham lst summer, the Portuguese focused firmly on the latter to deliver one of the most incredible and dominant Championship seasons we have ever seen.

Spearheaded by the phenomenal Aleksandar Mitrovic, who hit 43 goals in 44 appearances to annihilate the previous goalscoring record, Fulham were simply an attacking beast that could not be tamed. Unless they were playing Coventry, that is. Harry Wilson was a superb threat from the right, while Fabio Carvalho, now at Liverpool provided creativity behind Mitro. 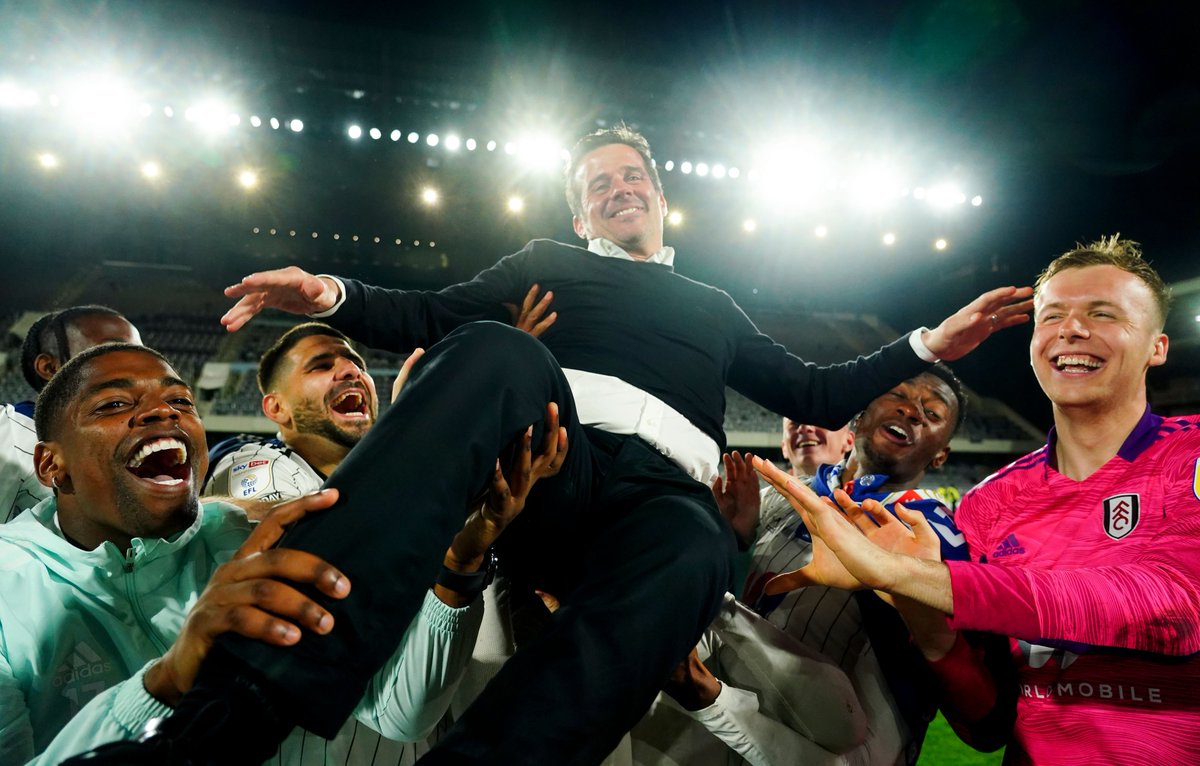 Silva had the right pieces on the chess board to gain promotion, but he orchestrated the whole tactical setup that blew the rest of the division away. 106 goals scored in 46 matches. Three 7-0 wins in one season, two 5-1 wins on the road and back-to-back 6-2 wins at Craven Cottage. Silva may have looked like he had an easy job with this talent on the pitch, and that is true to some extent, so his big test will come in August.

Can he continue the momentum Fulham built up, with a talented squad that decimated the Championship? Or will Craven Cottage have to witness another relegation season when things appear to be promising. Carvalho will be a big miss on the face of things, but they’ve moved quickly to bring in Andreas Pereira from Manchester United on a permanent deal, while Joao Palhinha has joined for £18m from Sporting. This is not the mega summer spending spree we saw last time they were in the Premier League but instead a considered improvement of what was already an impressive squad.

Kevin Mbabu’s potential £6m signing is an exciting one but the club are in need of some reinforcements at centre-back if they are to pick up points this term. Liverpool at home on the opening weekend could provide a sobering welcome back into the Premier League if that back-line isn’t given some depth and quality.

But Silva’s Premier League return at a club where he is valued should be thrilling - one way or another. He impressed at Hull, was shunned at Watford and booted off the Everton rollercoaster but this time, with Fulham, he could silence his top flight doubters.