Mikel Arteta has laid down the law at Arsenal by stripping striker Pierre-Emerick Aubameyang of the club’s captaincy, showing he has the character to be the authoritarian figure that the Gunners need. The Gabon striker has had far too many chances given to him in the past and his latest disciplinary breach, which is believed to be a late return from an authorised trip, has proven to be the final straw with his manager.

For a club with the stature of Arsenal, or any club for that matter, players cannot expect to continually breach the rules set to them by employers and not expect any consequences.

Aubameyang’s bad behaviour has brought Arsenal’s grand name into disrepute over the years and it is good to see Arteta putting his foot down and saying enough is enough. Having also been dropped for another punctuality breach in March ahead of the North London Derby against Spurs, the Spaniard had to act.

He has seized the opportunity to establish order at Arsenal and made an example of the star striker. By also dropping Aubameyang from the matchday squad for the game against West Ham on Wednesday, Arteta will be sending a message to the rest of the players in the squad that no such behaviour will be tolerated under his watch. 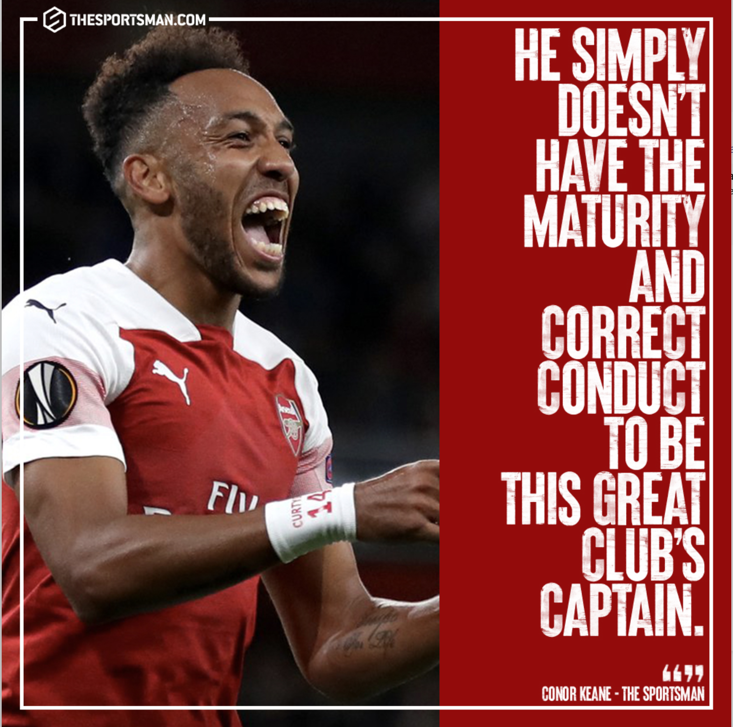 The 32-year-old simply does not have the maturity and correct conduct to be this great club’s captain as his actions continue to drag the club’s name through the mud and this latest instalment of Aubameyang’s recklessness echoes the saga of Mesut Özil. The German also had his countless disciplinary issues during his later years as a Gunner, all the while getting paid an extortionate amount of money.

Players need to act in a professional manner as they act as role models to young people and ambassadors for the clubs they represent. But a captain in particular needs to act as the divine example for his teammates to follow and his slate must be clean. Aubameyang’s most certainly isn’t, and with a lot of young players in the Gunners squad, and plenty more on the cusp of breaking through, he is too much of a liability to remain in such an integral leadership role in Arteta’s ranks.

With the January transfer window around the corner, this episode will undoubtedly cast a shadow on the striker’s future at the club.