It’s 2014 and I’m on a train to the Esprit Arena to watch Fortuna Dusseldorf play Kaiserslautern on the last day of the Bundesliga II season.

I’m on a stag do and it seems we are the only people on the train who had not brought beer with us. Having already been told the train was free as we were attending the match we arrive at the stadium station where a plethora of plastic crates await so fans can dispose of their beer bottles. Not a single one is left on the train or the platform.

Having paid £7 for our ticket we join the other 40,000 fans in a stunning wall of atmosphere and noise. We stand throughout the 90 minutes, only sitting on our ‘rail seats’ at half time to enjoy a beer brought to us by a helpful man with a huge barrel of the stuff on his back. This is how football should be. Fortuna won 4-2.

Fast forward to 2018 and here in England we are no nearer to any of that, but one MP is hoping that is about to change.

Layla Moran, the Liberal Democrat MP for Oxford West and Abingdon believes that fans will need to get behind the campaign if the current ban on safe standing in the top two tiers of English football is to be lifted.

At present clubs in League Two and League One are allowed to have standing areas. But not if they are in the Championship or the Premier League (outlawed since 1994 in line with the 1989 Football Spectators Act.)

Which begs the question – what happens if one gets promoted? Well, that nearly happened this year with Shrewsbury Town.

The legislation was introduced following recommendations made in the Taylor Report into the 1989 Hillsborough disaster, which claimed the lives of 96 Liverpool fans.

The report has since been found to have been the result of serious misinformation, yet it is still one that governs how football fans are treated today.

A debate in parliament is scheduled for June 25 (triggered by more than 110,000 people signing a petition) and Layla believes that unless fans put pressure on their MPs to act, it will once again fall by the wayside. 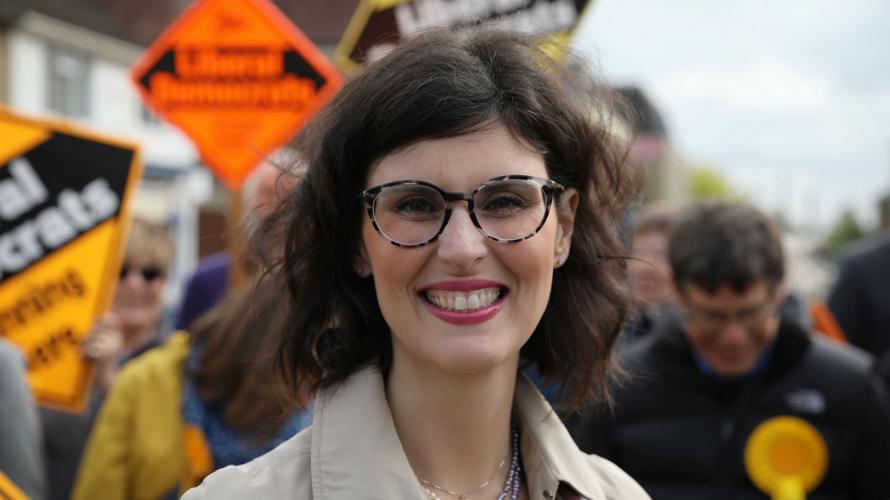 Ms Moran said: “Safe standing is an idea whose time has come – with the clear support of fans, it will offer supporters more choice, a better atmosphere and cheaper tickets.

“Allowing safe standing has been Liberal Democrat policy for years, and there is now growing cross-party support - but we need to make the strongest possible case to the Government ahead of the House of Commons debate on 25th June.

“If you’re in favour of safe standing, now is the time to contact your MP to ask them to speak during the debate - or to sign Parliamentary ‘Early Day’ Motion 1320 which calls on the Government to lift the ban on safe standing in the top two tiers of English football.

“With enough pressure from fans we can convince the Government to do the right thing and scrap the ban on safe standing in the Championship and Premier League.”

The Premier League laughingly claimed that only five percent of fans they polled last year were in favour of safe standing. Supporters groups claim otherwise.

But a recent survey run by the EFL, 94% of the 33,000 respondents said fans should be allowed to choose whether they wanted to stand or sit at games

The Tottenham Hotspur Supporters' Trust has conducted a number of surveys over four years and found between 85 and 96 percent of those questioned want safe standing.

North of the border a safe standing experiment with rail seating at Celtic has received extremely positive feedback.

West Brom, who were relegated from the Premier League last season, had a proposal to introduce safe standing at The Hawthorns rejected by the government in April.

Suffice to say there is more than enough support for the move but unless all fans take Layla’s advice it will be once again be a decision made by the suits at the top – not the fans on the terraces (hopefully).