When Patrick Vieira rocked up at Selhurst Park this summer, the consensus among neutrals seemed to suggest that Crystal Palace had another Frank de Boer situation on their hands. The Dutchman had memorably lost all four of his Premier League games in charge of the Eagles without his side scoring a goal and been fired after just 77 days in the job.

But what Palace have found so far in Vieira is a leader for a new generation. Having overhauled the squad to bring down the average age and make Palace a more attractive proposition than they were under Roy Hodgson, the former Arsenal midfielder is now receiving plaudits far and wide for his impact.

In truth, those who pilloried the appointment in the first place might have done well to take a closer look at Vieira’s managerial record prior to his arrival in south London. For while there have been largely mixed reports as to what he achieved at New York City and Nice in his previous two jobs, there were signs even during those spells that he had something more than just a nostalgic name about him.

The former Arsenal and Manchester City midfielder dragged NYCFC up from 17th overall in the 2015 MLS season to finishes of fourth and second in the following campaigns, with a pair of quarter-final finishes to show for their efforts.

“He’s got a great knowledge and understanding of the game, and a great personality too,” superstar forward David Villa told FourFourTwo of his then-NYC manager.

“Everybody likes him. He always gives the players lots of information before matches and he’ll study the games all of the time. He is at the club seven days a week, even on a Sunday. He’s got a great future as a manager in front of him and I believe he’ll be very successful for many years to come.” 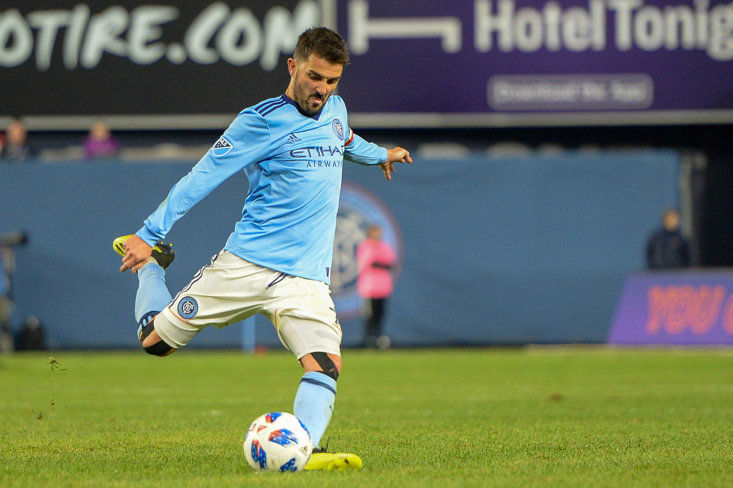 DAVID VILLA HAD ONLY GOOD THINGS TO SAY ABOUT VIEIRA

On the back of his progress in New York, Vieira was appointed as Nice boss in the summer of 2018 and immediately set about making Les Aiglons a tougher team to breach. After improving their league position to seventh in 2018-19, the Ligue 1 season was curtailed the following year with Nice sat in fifth, earning them a place in the Europa League. They had lost one of 12 matches prior to the season’s suspension, making them one of the form teams in the top five European leagues.

All the while he was having to deal with a club in chaos, with the president and sporting director to whom he was close having both left within months of his arrival and two of his best players – Alassane Plea and Jean-Michael Seri – having both been sold before they’d even played a game under his reign.

He was dismissed in December 2020 having overseen five straight defeats in all competitions – two in the league, but those results came after Nice had won five of their opening nine league games. After Adrian Ursea replaced Vieira they would fail to win any of their next eight in League 1.

There was much said about Vieira having a changeable mood in the dressing room and plenty was made of him chopping and changing the side around at times, but given the conditions he was asked to work in, what he did at Nice can be deemed a more than decent job. 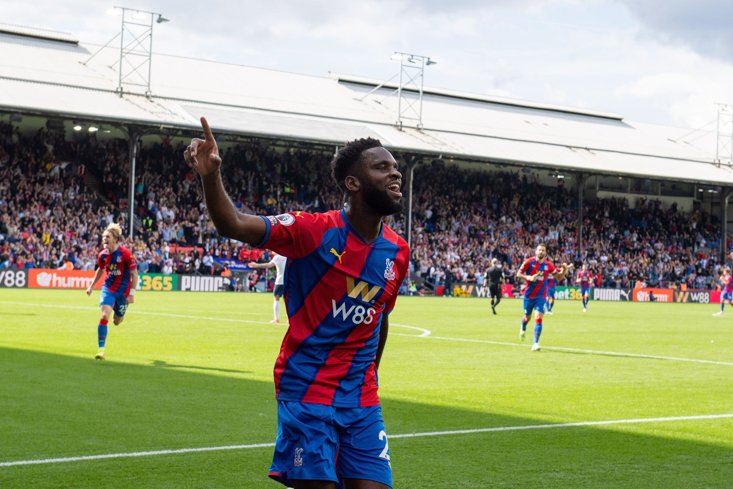 EDOUARD IS AMONG THOSE TO HAVE BEEN GREAT ADDITIONS

Now at Palace he has brought in the likes of Odsonne Edouard, Conor Gallagher, Michael Olise and Marc Guehi and the Eagles have become a far brighter outfit. They have an attractive style, they have the fans on their feet again, and thus far only Chelsea and Liverpool have beaten them. There have been a lot of draws mixed in, but Palace are looking up rather than down from 13th position as things stand.

Vieira is 45, with great playing experience behind him and an early managerial CV which shows great promise. In moving on from Hodgson, Palace arguably have exactly what they needed. If current signs are anything to go by, the biggest issue they will have in a year or two’s time will be in trying to keep bigger clubs’ mitts off their manager.

The De Boer experience is the last thing on any Palace fan’s mind right now.