Rafa Benitez has got his Everton rebuild underway with the new additions of wide-men Andros Townsend and Demarai Gray and although the Goodison Park faithful aren’t exactly all thrilled by these arrivals, they could prove extremely useful to their Premier League cause this term.

Townsend has joined the Toffees on a free transfer since departing Crystal Palace and Gray signs from Bayer Leverkusen for an undisclosed fee, six months since he bid farewell to Leicester City. The pair have signed a two-year and three-year deal respectively.

While the signings may not be the kind to get Everton supporters excited for the upcoming season, the two English wingers will provide some much-needed width to the Toffees’ attack which will be music to the ears of forward Dominic Calvert-Lewin. The towering striker has already shown how he thrives with balls being pumped into him and when he gets up in the air for headers, he can outjump most players in the Premier League.

Benitez has seen that his side is in desperate need of strengthening in wide areas, and with the expected departure of Bernard from Goodison Park this summer, there would have only been Richarlison and Alex Iwobi as the wide options, so these two signings will provide a huge boost heading into the 2021/22 campaign which kicks off in just over three weeks.

Townsend on the face of it does seem to be a strange signing considering he was struggling in South London, with the 30-year-old only mustering a single Premier League goal last season. However, he is clearly rated by his former Newcastle boss Benitez, who believes that he can still offer something for Everton to help progress them to top-six challengers.

25-year-old Gray has been given a lifeline in the Premier League to push on and become the player he was expected to be at Leicester after an impressive breakthrough at Birmingham City – where he was one of the Championship’s most-exciting young players.

Five-and-a-half years have passed since his move to Leicester and Gray is yet to have established himself in the top tier. There has never been any doubt in the quality the winger possesses, it is just being able to show it on a consistent basis, but at £1.8m, he is certainly worth a gamble. He showed glimpses for the Foxes, but he would then disappear again. His strongest assets have always been his pace and his neat footwork, and Benitez has clearly seen something he can work with as Gray is fast approaching what should be his peak years. 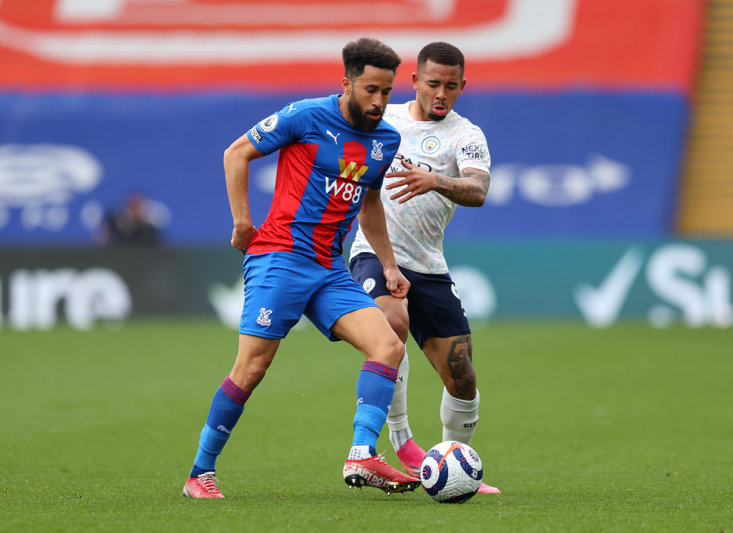 “For me, the targets that I’ve set myself and what the club’s ambitions are, collectively everything felt right to me to join Everton,” the 25-year-old told Everton TV.

“I want to push on, be a pivotal player in the squad, and help the team score goals and assist goals.

“I’m a speedy, tricky winger. I enjoy running with the ball, roaming around the pitch.

“I like to play anywhere along the front three and I feel like I can be dangerous in all areas. And with the ability I know I have and the belief I have in myself, I think I can add to this team.

“I feel like I’m at a stage in my career now where I can put everything together. There are areas of my game where I still want to improve and become better at.

Benitez will demand a lot from his new recruits, with their priority being providing service to target man Calvert-Lewin. Benitez will expect them to run at their opposing full-backs and take the ball down to the by-line and put balls in the cross for the striker to attack. As Gray predominantly plays on the left flank, he will receive a lot of attacking support from one of Everton’s most consistent performers, left-back Lucas Digne. Benitez will be hoping that the two left-sided players will be able to build a strong relationship which will help the Toffees to exploit full-backs and create a lot more chances from wide areas next season.

The Spanish boss has also bolstered his squad’s goalkeeping options with the signing of veteran shot-stopper Asmir Begovic on a free transfer from Bournemouth. He has penned an initial 12-month contract with the option of a further year. These three may not be the glamour signings that James Rodriguez was under Carlo Ancelotti, but collectively, they should make the Toffees a more potent outfit.

Every Premier League Club's Pre-Season Results And Fixtures
x
Suggested Searches:
Manchester United
Liverpool
Manchester City
Marcus Rashford
Premier League
More
football
Welcome Home! The Footballers Who Returned To Their Boyhood...
Lukas Podolski has made a dream move to his boyhood club Gornik Zabrze at the age of 36, fulfilling [ ... ]
football
Former Team GB Manager Stuart Pearce Reflects On London 2012
Only one man in history has managed a men’s football team for Team GB at the Olympic Games. Back [ ... ]
football
Why Are David Beckham's Inter Miami Failing Under Phil Neville?
It wasn’t meant to work out like this. David Beckham, one of the most famous sportsmen on the [ ... ]
football
Lauren James' Chelsea Return Will Be Major Boost For The Blues...
Lauren James has returned to Chelsea and it is certainly a signing that will excite Blues fans. Having [ ... ]
football
Tokyo 2020: All The Results From The Opening Round Of Olympic...
The first round of football fixtures for the Tokyo Olympics have been completed, with an excellent result [ ... ]
football
Ellen White Brace Sees Team GB To Comfortable Win In Olympic...
Team GB’s women’s football team got their Olympic campaign off to a flying start after they [ ... ]
football
Is Managing Team GB's Football Team At The Olympics An Impossible...
The Team GB women’s football team get their Olympic campaign underway on Wednesday morning against [ ... ]
football
Salford City or Bradford? Early Pre-Season Tips For The 2021/22...
The League Two season is now just over two weeks away and clubs will be desperate to welcome back fans [ ... ]
football
Postecoglou's Celtic Reign Begins In Champions League But He...
Celtic’s 2021/22 season gets underway under the new regime of Ange Postecoglou as they host FC [ ... ]
football
Sunderland? Wednesday? Ipswich? Pre-Season Tips For The 2021/22...
The new Football League season is now only a matter of weeks away and clubs up and down the country [ ... ]
football
A Look Into The Pre Season Of Every Premier League Club
With less than a month to go until the start of the new Premier League season, the 20 best sides in [ ... ]
football
Transfers Of Every Premier League Club So Far: Confirmed, Rumoured...
Euro 2020 is over, and unless you are passionate about Olympic football, all eyes are on the start of [ ... ]
football
Can Great Britain's Women's Football Team Win Gold At The Tokyo...
As the Tokyo Olympic games are just around the corner, all eyes will be on Team GB’s women’s [ ... ]
football
Fulham or Swansea? Early Pre-Season Tips For The 2021/22 Championship...
England’s run at Euro 2020 seems to have done the trick, and there are now less than three weeks [ ... ]
football
The Football Stars Expected To Shine In Pursuit Of Olympic Gold...
Euro 2020 may have concluded with a heart-breaking end to another gripping tale under Gareth Southgate, [ ... ]
football
Messi Is Bigger Than Barcelona And Keeping Him At All Costs...
Lionel Messi’s love affair with Barcelona will continue. Briefly, last summer, it looked as if [ ... ]
football
From Aguero To Alaba, The Biggest Confirmed Football Transfers...
With the European Championships done and dusted, this summer all attention turns back to club football [ ... ]
football
Will England Be Considered For 2030 World Cup After Wembley...
England’s bid to host the 2030 World Cup along with the rest of the United Kingdom and Ireland [ ... ]
football
Stuart Pearce Offers Heartfelt Advice To Bukayo Saka After Penalty...
Penalty pain returned to haunt England in the final of Euro 2020, just as it did in 2012, 2006, 2004, [ ... ]
football
1996 v 2021 - How Did England Respond To Their Last Penalty...
It might have been a final this time around, but England have had to overcome penalty heartache in a [ ... ]
football
Wembley's Twin Towers - Bonucci And Chiellini Are The Key Pillars...
The Twin Towers were back at Wembley on Sunday night. Not the concrete pillars which made the old stadium [ ... ]
football
From The Best Game To The Best Goal, These Are Our Favourite...
As the dust settles on Euro 2020 and a marvellous summer of football, it’s time to sit back, relax [ ... ]
football
More England Penalty Heartache, But Would We Really Have It...
We’ve woken up with this same hangover so many times that we start to wonder why we still drink [ ... ]
football
How Italy Won Euro 2020
Italy are European champions after beating England on penalties at Wembley on Sunday, but how did they [ ... ]
football
A Country Scorned: How Italy Turned World Cup Disaster Into...
Italy was left on its knees when the final whistle went against Sweden at San Siro. The worst fears [ ... ]
football
Euro 2020 Daily Wrap: Italy Beat England On Penalties In Absorbing...
Euro 2020 came to a dramatic conclusion at Wembley on Sunday, with Italy getting their hands on the [ ... ]
football
England Foiled On Penalties Again As Italy Become Champions...
England’s hopes of lifting the European Championship trophy for the first time were stolen away [ ... ]
football
Nobody Has Ever Deserved International Success More Than Lionel...
It would simply have been cruel. Lionel Messi, one of the greatest players ever to step foot on a pitch, [ ... ]
football
The Backroom Staff That Have Guided England To The Euro 2020...
Gareth Southgate begins every international match the same way. Arm in arm with his fellow staff members [ ... ]
football
French Joy And Portuguese Despair: How Have Past Hosts Fared...
There has been an awful lot of discussion about the pan-European nature of Euro 2020, with Uefa president [ ... ]