Football
News
Sports stars like Sterling can help us confront and deal with the problems we have around race
Gary Quinn
11:59, 22 Oct 2020

“I don't know how many times I need to say this, but football and the social media platforms need to step up, show real leadership and take proper action in tackling online abuse. The technology is there to make a difference, but I'm increasingly questioning if there is the will.”

The words of Manchester City forward Raheem Sterling, following the publication of new research by the professional footballers' association (PFA) into social media and racism targeted at players and pundits.

The PFA found, depressingly, that more than half of the abusive messages sent since the beginning of Project Restart were racist. But not just your old fashioned type of racism, oh no, a third of these posts were in emoji form. Racist emojis. How very 2020.

But the social media platforms have not yet woken up to the racist emoji. So while the more sick old skool racist posts get deleted, the threats of the KKK, the posts peppered with the n word, the ones that convey the same bigoted hatred with emojis are still up. They pass the censor test. Which is an absolute joke. 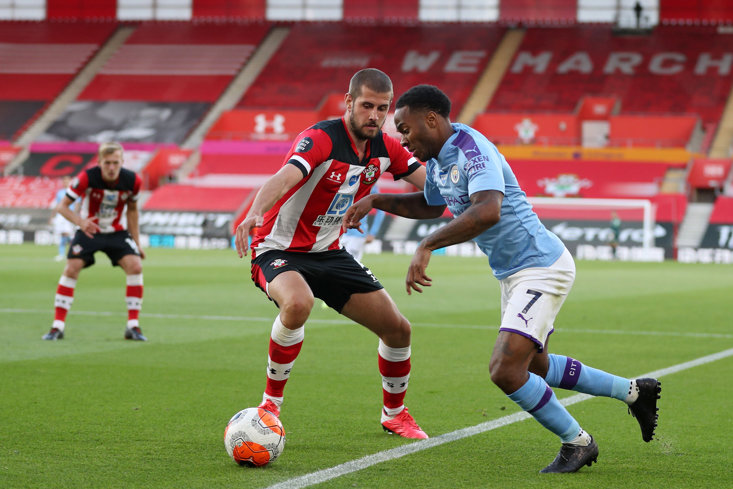 How can these all powerful social media platforms be so far behind? Racism is racism, is racism. Words, emojis, it makes no difference. Sentiment is sentiment, is sentiment. And England star Sterling is to be applauded for calling them out, for using his platform for positive change.

Here’s another killer blow to take away from this really important and relevant research, half of the 3000-plus abusive messages recorded during the in-depth pilot study were sent to just three players - Sterling, Crystal Palace’s Wilfried Zaha and Wycombe striker Adebayo Akinfenwa.

Why? Because these men dared to speak out in support of the Black Lives Matter movement.

The abusive messages were clear, get back in your box, brother. Know your place.

Thankfully they do know their place, as role models in society and elite sports stars who can help us confront and deal with the problems we have around race. Problems the social media platforms need to do a hell of a lot more to combat. Problems we can help as individuals too, and be the change we want to see.

Because - as Raheem Sterling would testify - where there’s a will, there’s a way.