Before their meeting in the Midlands this Saturday, Southampton and Aston Villa have shipped 98 goals between them in the Premier League. The two worst defences in the league.

It’s an encounter between a Villa nestling too close for comfort near the relegation zone, one win in their last five, and a Southampton who this season matched the record for the biggest defeat in Premier League history. A Saints side without sacred consistency, and an Aston Villa who have squandered that Championship play-off money without producing a much-needed solid defensive baseline.

Southampton, of course, have the loftier position over their weekend opponents in the league table, 12th place after Gameweek 26, and in Villa they face the only side with a more porous defence than them and lying just one point above the dreaded bottom three places, in 17th.

However, Ralph Hassenhuttl’s side are still nine points away from the fabled 40 mark that has typically suggested safety and remaining a top tier team. Their eleven points at home is the lowest tally than any other Premier League outfit this season, and hitting their own woeful record after 13 top-flight home games in almost 30 years. It gets worse on the south coast - at St. Mary’s, Southampton have conceded 30 goals in their 13 league games this season, the most after as many games by a top-flight side since the days in which John F Kennedy was still alive. This was thanks in great part to the 9-0 mauling by Leicester City leading to a truly haunting Halloween 2019.

Somewhat unusually, Southampton could have been a bit more buoyant about going on their travels if it had been the case this weekend: they’ve won four of their last five, three without a response from the opposing sides. They’ve a better shutout record on the road, keeping four clean sheets in total throughout the campaign. 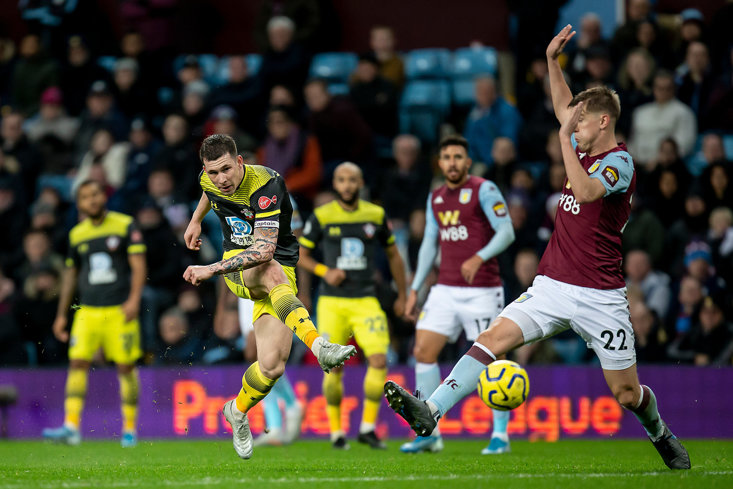 If not more importantly, Southampton’s superlative strike man Danny Ings, featuring in every Premier League for them this season, has claimed 15 league goals this campaign. That’s the third-highest haul in the division, not only putting him in the running for the Golden Boot, but also right back in contention for England selection ahead of the Euros. For the Saints, only Matt Le Tissier (25 in 1993/94 and 19 in 94/95) and James Beattie (23 in 02/03) have ever scored more in a single campaign in the Premier League.

But Villa have their own ace up their sleeve. In Jack Grealish, they have one of the most sought out English talents in the game, and it seems - despite him being a dyed-in-the-wool Villain who remained with the club through relegation in 2015/16 - that it is inevitable that he will bag a lucrative move in the summer. Whether that’s on the back of keeping Villa in the Premier League or on the tragic tailcoats of descent is one of the more interesting narratives as the season reaches its final third. The 24-year-old has created 68 chances for his teammates in the Premier League this season, more than any other English player, and has been involved in 17 goals in 28 appearances in all competitions.

With Grealish in the side, creativity isn’t a particular area that needs immediately rectifying. That lies in defence. Upon promotion after three years in the Championship, in summer 2019 Aston Villa spent £133.25 million on new transfers, the most ever for a side coming straight up from the second tier. One purchase was the defender Tyrone Mings from Bournemouth, a signing that can potentially rise up to be Villa’s club record.

Despite the splashing of the cash, no side has kept fewer clean sheets in the Premier League this season (four) and seen a horrible round 50 goals fly in, 35 of those past poor Tom Heaton who now remains sidelined for the rest of the season with a knee injury.

For a team that has Dean Smith and John Terry in the dugout, two men who know a thing or two about defending, that’s utterly flabbergasting, and an opportunity that Ings, in particular, will be relishing.

Whatever tickles the fancy of fans flocking to the south-coast appetite-wise, goals are almost certainly on the menu.