Rugby League
News
There have now been just two ties in four years in Super League instead of 18 thanks to golden point
Kris Voakes
18:35, 06 Jun 2022

New rugby league laws come and go. Some of them are big hits with the punters in the Betfred Super League, many of them less so. For every 40/20 rule there is a messy free-play creation. For each shot clock there’s a confusing change to the law on obstruction.

One change over recent times that has had opinion split has been the introduction of golden point extra-time, which had its latest airing on Sunday as Wakefield Trinity overhauled an 18-6 deficit at home to Hull FC to win 19-18 in the fourth minute of the additional period. And while it had Trinity fans loving the 2019 rule change, some Hull supporters were questioning why a point each wouldn’t be a fairer way of ending the game.

Looking beyond the fact that Hull have benefitted from the addition of golden point plenty of times thanks to the dead-eye drop-goal kicking of Marc Sneyd – now departed for Salford Red Devils – even they couldn’t deny that the extra period doesn’t create more drama.

This weekend’s fantastic comeback by a previously-struggling Wakefield would have felt nowhere near as momentous had they only taken one point out of it, just as Catalans Dragons’ monumental fightback from 30-12 down against St Helens at Magic Weekend in 2021 would have raised less of a stir if they had shared the spoils at 30-30 at full-time. Instead, James Maloney’s extra-time drop goal then, like Jacob Miller’s at Belle Vue on Sunday, ensured that the match got the emphatic ending it deserved. 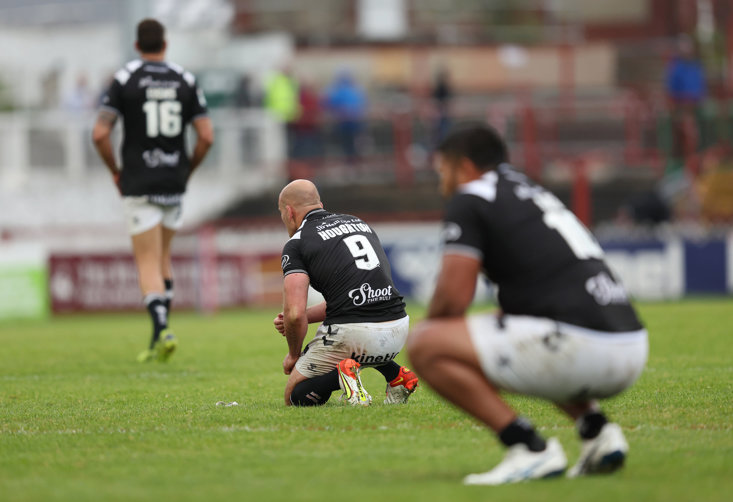 “Don’t get me wrong, I would have taken 40-0 as well!” said Trinity boss Willie Poching in his post-match press conference. “But the manner of the win and the manner of the performance, and the courage shown to finish the way they did, that shows a lot about where we’re still at and what we still have within us.”

No great sporting story ends with a draw, and there have now been just two ties in four years in Super League instead of 18 if the old 80-minute rule had been retained. That can only be a great advert for the game of rugby league, with dramatic finishes generally guaranteed once the game goes level late on rather than a sense that the two sides might cancel each other out and play for the draw.

This is one rule change that looks unlikely to ever be reversed, and this can only be for the good of the sport. Whether you’re a Leeds fan revelling in four golden-point wins and one draw in five attempts or a Hull Kingston Rovers supporter reeling from three defeats in four, surely nobody can deny that it adds an extra element which is appealing to the neutral in a way that penalty shoot-outs get people watching late on in football matches.