Sports
News
From freezing temperatures to wolverines, season seven of Alone could be the most bonkers reality series ever
Kieran Spratt
09:00, 12 Jan 2021

There have been a plethora of crazy TV series in recent years, take The World’s Toughest Race  on Amazon Prime for instance, but nothing has quite taken the biscuit like The History Channel’s incredible (and absolutely brutal) reality TV show Alone, which aired its seventh season in October and can be watched on Sky now. 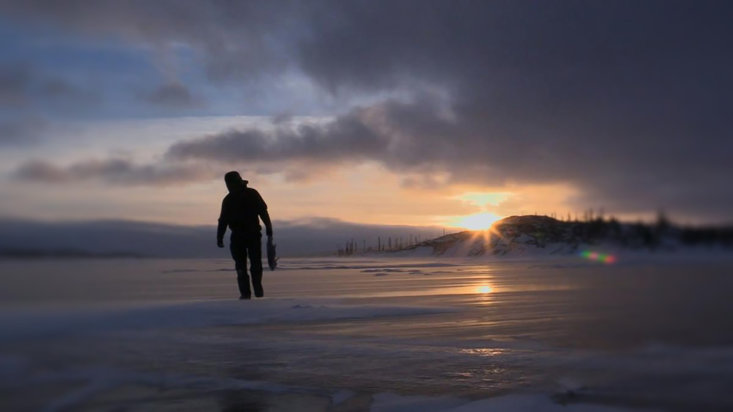 The premise is remarkably simple; ten tough-as-nails survivalists, all separated, alone and with just a handful of items between them (they’re allowed ten items from a pre-selected list of 40 tools), must try to live off the land in the most hostile environment on Planet Earth, the Arctic, for 100 days for the chance to win $1,000,000. Simple, right? Wrong!

Apart from the obvious problem, the fact that temperatures can go as low as -40°, these grizzled, modern-day Robinson Crusoes also have to contend with a thriving bear population, wolverines (No, not the Hugh Jackman one), packs of wolves, territorial moose and even porcupines! That’s just the local critters - once you factor in the frostbite, exhaustion, slips, falls, hunger and the fact that nobody in history has ever completed this feat before, that $1,000,000 starts to seem a lot less appealing. 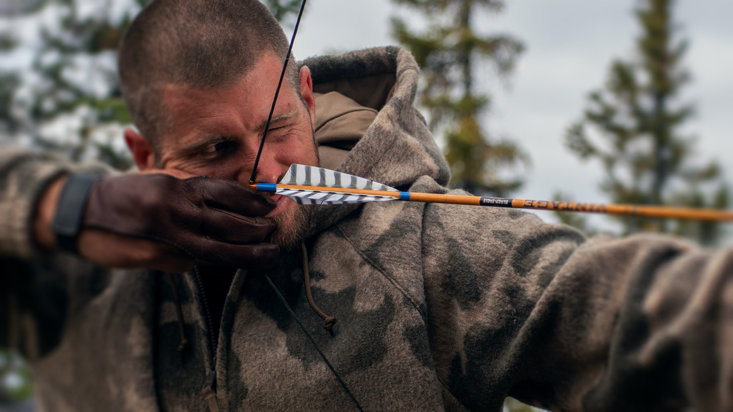 Stingy grand prizes aside, this series itself is absolutely incredible. The contestants themselves are the crème de la crème of survival experts, each armed with a bounty of experience when it comes to living off the land, some through the military, others through passion. The homes they build to live in for those 100 days are so impressive that many wouldn’t look out of place on Grand Designs (One bloke even manages to install his own makeshift hot-tub). By the time the credits roll on the first episode, you’ll be scuttering straight into the back garden trying to build your own Doomsday hut from scratch. 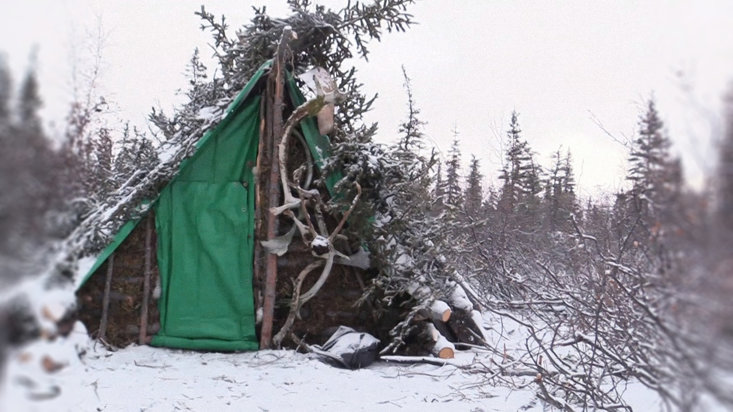 More than anything, it’s damn inspiring stuff. In a world that’s more divisive than ever, where the finer aspects of mankind are maybe a little more clouded than usual, this show does a fantastic job at showing just what humans are capable of when pushed to their absolute limits - and trust us, across those 100 days, the few who actually manage to stick it for more than a week will certainly hit those limits. 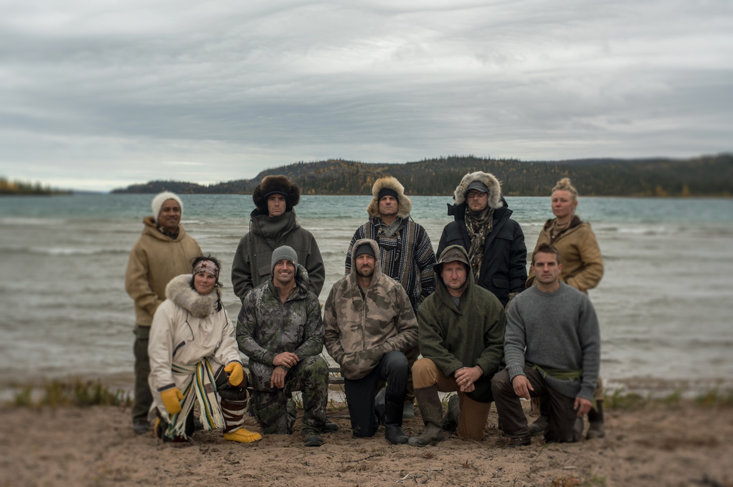 If you’re stuck for something to watch or you’re just craving a bit of reality TV that’s I’m A Celebrity... Get Me Out Of Here cranked all the way up to eleven, then the Arctic edition of Alone is the series for you. It can be found on The History Channel and on Sky catch-up now. You won’t regret it.

x
Suggested Searches:
Tyson Fury
Manchester United
Marcus Rashford
Lewis Hamilton
F1
Air Jordan
More
sports
With 100 Days To Go, Team GB Are Already Set For A Historic...
With 100 days until the delayed Tokyo Olympics, Team GB look set to make history before they have even [ ... ]
sports
Ranking The Best And Worst April Fool's Day Pranks From The...
So another April Fool’s Day has come to an end and as the sun sets on what for some jokers is [ ... ]
sports
The Good, The Bad And The Downright Ugly, What Happens When...
Italian giants Inter Milan have revealed a brand new club badge ahead of the Nerazzurri’s 113th [ ... ]
sports
Ahead Of Hendry Vs White, Here Are The Sporting Rivalries We’d...
As Stephen Hendry and Jimmy White are all set to rekindle their famous old snooker rivalry having been [ ... ]
sports
From Bruno Vs Tyson To Last Chance U: Five Must-See Sports Documentaries...
Rejoice! The end of lockdown is nearly in sight. Sadly, there’s still plenty of time until things [ ... ]
sports
From Eddie Hearn To Jamie Carragher, Here Are Five Must-Reads...
It’s the first Thursday of March and that can only mean one thing: It’s World Book Day. [ ... ]
sports
Amateur Sport To Be Allowed In England From 29 March
Outdoor grassroots sports will return in England from 29 March, prime minister Boris Johnson confirmed [ ... ]
sports
Brady's Bromance, Nadal's City Of Love And The Greatest Love...
Roses are Red,  Violets are Blue, We live for sport, And we know you do, too! Valentine’s [ ... ]
sports
Messi Reaches Goal Number 650 At Barca, Five Weekend Stories...
Lionel Messi continued to boggle the mind with the 650th goal of his Barcelona career, Patrick Reed [ ... ]
sports
The Socially Distant Sports Bar Is Like Being In The Pub With...
The day will come. We’ll be back. The beloved British pub will fling its doors wide open once [ ... ]
sports
The Six-Day Plan That Can Turn You Into A Hollywood Hardman...
Is there an actor who represents the quintessential British hardman better than Jason Statham? Probably [ ... ]
sports
It’s Mahomes vs Brady At The Super Bowl, Five Sport Stories...
In a weekend which saw UFC 257 and the FA Cup grabbing a lot of attention, there was plenty of other [ ... ]
sports
Daniel Craig's Full-Body Bond Workout That Will Turn You Into...
The release of No Time To Die is a bittersweet one. On the one hand, after months of Covid-induced delay, [ ... ]
sports
The Super-Quick Routine Jason Mamoa Used To Get Ready For Aquaman
Is Jason Mamoa the coolest actor in the world? Maybe. The Guinness swigging, axe-hurling Hawaiian actor [ ... ]
sports
Max Holloway Is A UFC Record-Breaker, Five Weekend Stories You...
All the attention might have been on the anti-climax that was Liverpool vs Manchester United this weekend, [ ... ]
sports
From Fernando to Maradona, These Are Five Of The Best Sports...
Yep, back again. Nope, not out and about, meeting up with our mates or heading to the football but instead [ ... ]
sports
The Five Key Moves Cavill Uses To Get In Supernatural Shape...
Netflix’s TV series adaptation of The Witcher proved to be one of the most popular shows to land [ ... ]
sports
Work Out Like A WWE Superstar With John Cena’s Five-Day Training...
He’s widely regarded as one of the greatest professional wrestlers of all-time, has nearly 15 [ ... ]
sports
Conquer Those New Year Resolutions With These Five Fantastic...
During the first quarter of 2020 fitness apps were downloaded a staggering 593million times. Factor [ ... ]
sports
Work Out Like Hollywood’s Hardest Worker, Mark Wahlberg, With...
Mark Wahlberg hits the big 5-0 this year, and in those five decades the man from Boston, Massachusetts [ ... ]
sports
Cheeky Chappie Jimmy Bullard’s Fishing Pod Is A Remarkably Down...
Fishing is one the sports that has seemingly proven immune to COVID-19 restrictions. You’re (usually) [ ... ]
sports
The Women’s Six Nations, Eubank Jr And Trump Are The Weekend's...
We may all be stuck inside but sport is continuing for now, which means some things may have slipped [ ... ]
sports
Boost Your New Year Goals With These Five Essential Bits Of...
Running is one of the simplest forms of exercise someone can do to stay in shape but that doesn’t [ ... ]
sports
In Time To Play Hulk Hogan, Here's How Chris Hemsworth Got God-Like...
Chris Hemsworth took Instagram by storm in November when a picture posted by the Australian actor, of [ ... ]
sports
The Weight-Lifting Workout Brad Pitt Used To Create His Fight...
It’s been more than twenty years since the David Fincher masterpiece Fight Club premiered for [ ... ]
sports
Build Muscle And Burn Fat With These Three Bodyweight Routines...
Health kicks can certainly be expensive but that doesn’t mean that they have to be. Sure, if you’re [ ... ]
sports
Steph Curry Hits Career Best, Five Weekend Sport Stories You...
Steph Curry continues to set the pace in the NBA, there was drama, controversy and recrimination on [ ... ]
sports
Olympic Skier Graham Bell’s Positive Podcast Makes Sure You...
Graham Bell is used to navigating slippery slopes. The former Olympic skier who once hit a top speed [ ... ]
sports
Weights, Motivation And Cheat Meals, These Are Dwayne Johnson’s...
Dwayne Johnson is a fitness God. Whether it was reaching peak shape to star in WWE, building bulging [ ... ]
sports
The Workout Circuit That Transformed Keanu Reeves Into John...
Keanu Reeves is absolutely killing it at the moment, and we don't just mean literally as hitman [ ... ]