Football
News
Why Unai Emery Tactics Are The Perfect Fit For An Arsenal Team In Need Of Fresh Ideas
Alex Keble
14:30, 24 May 2018

As the dust settles on a surprisingly turbulent week in north London Arsenal fans are beginning to appreciate the pragmatism of appointing Unai Emery over the more popular Mikel Arteta. After 10 years of monotone stability under Arsene Wenger leaping into the unknown with Arteta was an exhilarating thought, and so a U-turn at the eleventh hour has left a feeling of deflation among fans and neutrals alike, providing a somewhat muted reception for the new boss. But the sense of disappointment has begun to lift as supporters pour over Unai's managerial record with the same cold rationale exhibited by the Arsenal board; Emery is evidently qualified for the job.

Both Lorca and Almeria were promoted to historic heights under the Spaniard's guidance, playing their virgin campaigns in the second tier and La Liga respectively. Both survived their debut seasons; Almeria finished 8th. Valencia promptly appointed Emery and the club finished third in three consecutive seasons despite frequently losing star players such as David Silva, Juan Mata, and David Villa. After a brief and unsuccessful spell at Spartak Moscow he won three consecutive Europa League titles with Sevilla before moving to Paris for arguably one of the most confounding jobs in world football.

Paris Saint-Germain's Qatari ownership is a fable for the destructive influence of bloodthirsty capitalism in football, for championing individualism in a sport built on collective self-sacrifice. By pandering to the whims of Neymar and by emphatically outspending their French rivals PSG have made victory in the Champions League virtually impossible. Emery didn't stand much of a chance, not least because his own methods jarred horribly with those of the Parisians.

In this respect Arsenal fans should not be disheartened by Emery's perceived failures in France but rather encouraged by them. The 46-year-old is fastidious, intense, and tactically astute, demanding respect for the team ethic and unwilling to yield to outside pressure; that Neymar clashed with Emery is proof he is the right person to whip Arsenal into shape.

Wenger's primary flaw during the second half of his tenure was adopting a laissez-faire attitude towards the psychological and emotional aspects of the dressing room. The Gunners became infamously fickle, a spineless collective for one with so much individual talent and serial bottlers whenever travelling away from the comfort and safety of the Emirates. This fragility comes from neglect. Emery's demanding approach should end this aimlessness.

Tactical preparation under Wenger was also limited in comparison to Arsenal's Premier League rivals, focusing on his own team rather than exploiting opposition weaknesses: the polar opposite of Emery. The Spaniard gives long tactical lectures to his players to prepare for upcoming fixtures, again creating a togetherness – a sense of purpose – that Arsenal have been craving for years. 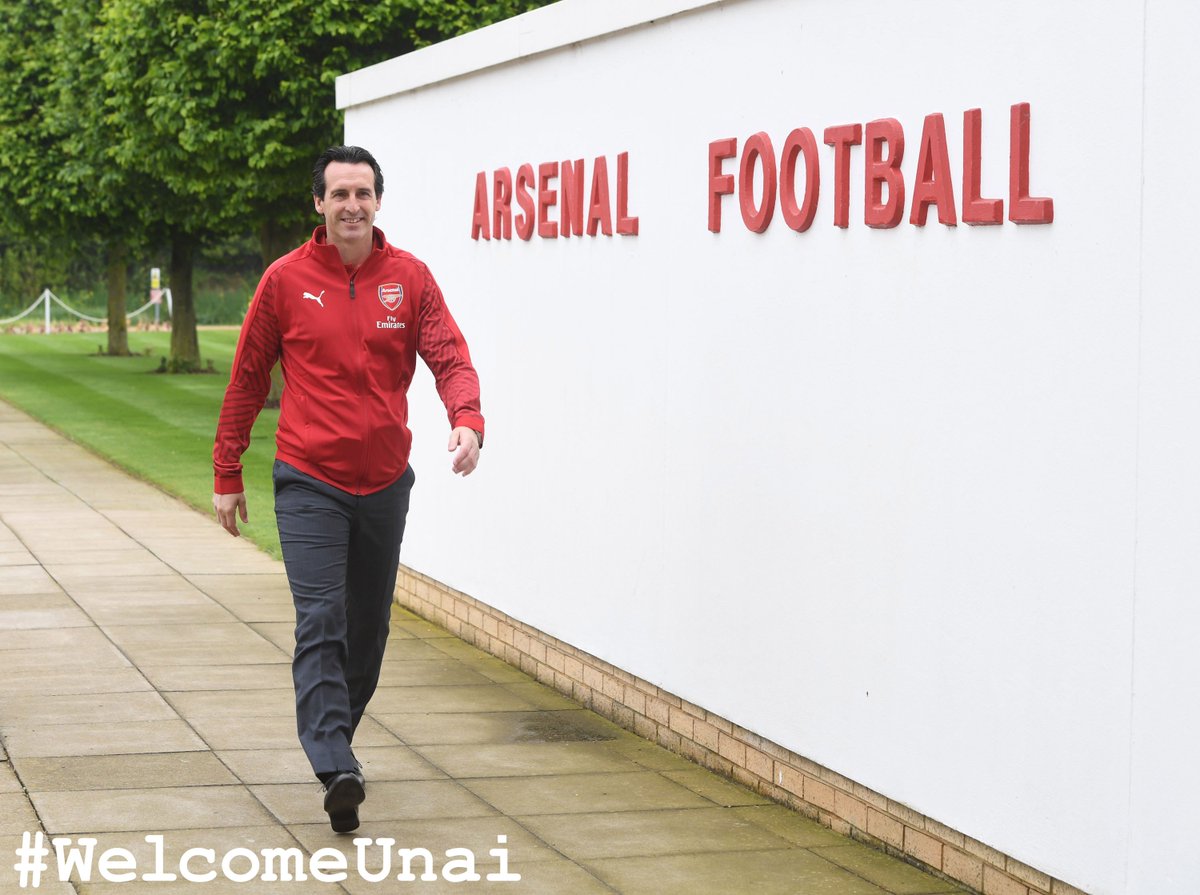 Wenger's model of elegant, expansive possession football is another feature likely to fade under Emery – known for his quick counter-attacking style - and understandably this is what worries Arsenal fans the most. It shouldn't. There is a tendency in modern analysis to posit 'possession' and 'counter-attacking' as opposites, but this binary interpretation is long outdated. Emery's approach is closer to the counter-pressing method of Jurgen Klopp than the compress-and-spring defensive football of Diego Simeone, for example.

It is possible to dominate possession, to interchange fluidly, while also exploiting counter-attacking opportunities via a high press. It is in fact the most up-to-date version of Wenger's possession model, it's just the Frenchman hadn't moved with the times, instead continuing with a wide-open formation and non-confrontational defensive attitude. Arsenal will hassle their opponents, closing down all over the pitch and breaking forward with speed; that is clearly something to get excited about.

Pierre-Emerick Aubameyang and Henrikh Mkhitaryan flourished under a similar tactical plan at Borussia Dortmund, while high-energy and agile players like Alex Iwobi, Aaron Ramsey, and Alexandre Lacazette will also benefit from Emery's appointment. The Gunners will need a new athletic defensive midfielder – Wilfried Ndidi or Abdoulaye Doucoure would fit in well – and a couple of centre-backs to implement Unai's system, but there is already a decent spine at the Emirates.

The PSG debacle did not fairly reflect Emery's talents. Arsenal have appointed a hard-working young coach with a glittering CV; he is the perfect appointment to modernise the club.

Arsenal FC
@Arsenal
🗣 "I love the passion, I like the intensity... I am very, very happy to be here."
#WelcomeUnai 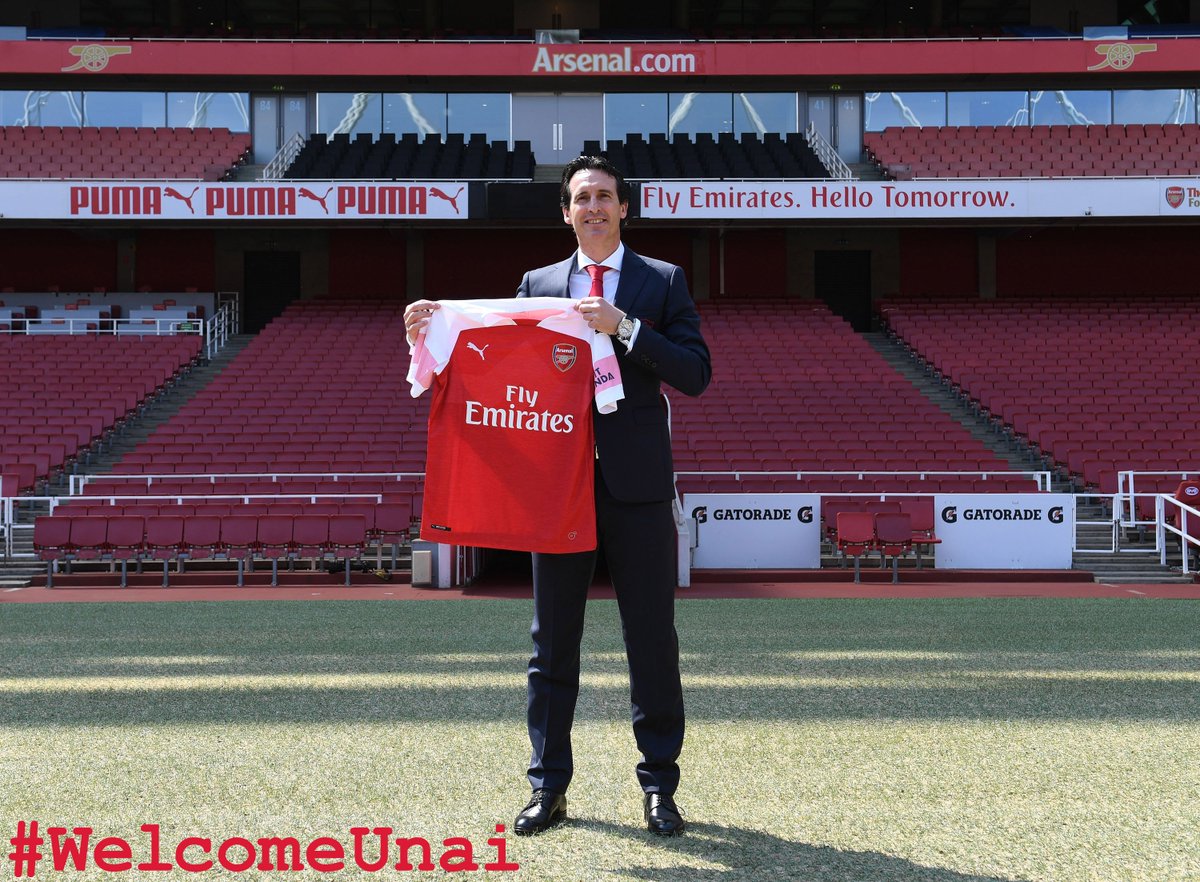 894
4598
More
football
Remembering Laurie Cunningham: The Football Pioneer Whose Legacy...
In 2016 the English Heritage scheme erected a blue plaque in Stroud Green, North London to celebrate [ ... ]
football
Book Review - King Eric: Portrait Of The Artist Who Changed...
Leeds. Irwin. £1million. Title. Double. Palace. Kick. Ban. Seagulls. Return. Liverpool. Double. [ ... ]
football
Replacing Rapinoe And Morgan? The Ladies Who Can Light Up The...
Write off 2020. The best thing about it is remembering how good 2019 actually was. One of the undeniable [ ... ]
football
Wembley Woe: When England Lost To Germany At Euro ‘96
In the summer of 1990 England tasted their first ever penalty shootout heartbreak when they went out [ ... ]
football
Get Ready For A Nostalgia-Fest With Italia '90 Podcast Vincerà!
Hosted by Mark Godfrey and running from June 8th to July 8th, Vincerà! is a 24-part podcast series [ ... ]
football
Harry's Heroes, Vinnie Jones And Revenge At The Battle Of San...
When Vinnie Jones started crunching San Marino players left, right and centre, it was clear the friendly [ ... ]
football
Prodigal Talent Of The German Game Is Turning RB Leipzig Into...
This article first appeared in The Sportsman on 07/12/19 What were you doing at the age of 28? If it [ ... ]
football
''I Was Really Wasted'': When Jurgen Klopp Woke Up Hungover...
This article first appeared in The Sportsman on 05/09/19 Anyone watching the Amazon Prime documentary [ ... ]
football
Book Review - Yer Joking Aren't Ya?: The Story Of Middlesbrough's...
In 1997, Middlesbrough Football Club reached the finals of both the League and FA Cup, had the might [ ... ]
football
Carragher's Brilliant Podcast Shows The Greatest Games Are The...
What’s the greatest football game you’ve ever seen?  Jamie Carragher doesn’t [ ... ]
football
Red Bull And The Football Training Centre Of The Future... Today!
It is now 33 years since Red Bull sold its first ever energy drink. Pre-April Fool’s Day 1987 [ ... ]
football
On This Day Messi's Barcelona Tally Hits 500 In El Clásico Triumph
If you’re going to hit a milestone, and one that no one in your club’s illustrious history [ ... ]
football
The Secret Behind The Success Of Lineker, Shearer And Wright's...
The unavoidable hiatus to the broadcast of the BBC’s flagship football programme will not deny [ ... ]
football
Neymar Jr... Junior! Santos Like The Look Of Ronaldo-Imitating...
On March 7 2009, a slightly-built 17-year-old from Mogi das Cruzes, São Paulo, walked out onto [ ... ]
football
Business As Usual: A Beginners Guide To The Belarus Premier...
If you’re going out of your mind without your football fix, well we’re sorry you just haven’t [ ... ]
football
Why June 30 Could Be D-Day For The Fate Of Premier League Season
England captain Harry Kane has added his voice to the growing calls for the Premier League season to [ ... ]
football
You Heard It Here First - Brescia's Sandro Tonali Is Italy's...
Since winning the World Cup in 2006, it has been turbulent time on the international stage for Italy. [ ... ]
football
A Reunion With Ancelotti Could Resurrect Rodriguez's Stuttering...
No club chews up and spits out world class players quite like Real Madrid. Yet, their sense of entitlement, [ ... ]
football
'Quickly Kevin' Is The 90s Football Nostalgia Podcast To Beat...
While the majority of sports podcasts scramble to fill the minutes within the disruption of the [ ... ]
football
Where Did It All Go Wrong For Phil Neville And The Lionesses?
Winning, Phil Neville recently said at the SheBelieves Cup, is what would bring England’s women [ ... ]
football
''Drop A Few Hand Grenades'' Keegan's Advice To Scholesy The...
A packed out Wembley roared like one of those indomitable Three Lions to greet England’s new messiah. [ ... ]
football
Rise Of The Couch Coach: Coronavirus Causes 119% Surge In Football...
Thousands of us are flocking to virtual reality and gaming to help fill the void of no live football, [ ... ]
football
Review: Diego Maradona - Drop Yourself Into The Great's Chaotic...
When Diego Armando Maradona arrived at Napoli in 1984 for a world-record fee, the entire city ground [ ... ]
football
Arsenal's Tough Choice - Is Donyell Malen The Ying To Aubameyang?
Arsenal’s inability to manage the contractual situations of their biggest stars has plagued them [ ... ]
football
Robbie Fowler Is Making His Mark As A Manager With Brisbane...
The curtains came down on one of the last bastions of football standing in 2020 this week. Before the [ ... ]
football
Long Live The King: Eric Will Always Be Manchester United's...
“If ever there was one player, anywhere in the world, that was made for Manchester United, it [ ... ]
football
I Was There - The Day Football Came Home To Wembley
The closest I ever got to attending the original Wembley Stadium was on its final day in operation in [ ... ]
football
'Sunderland Til I Die' Heads To The Boardroom In Netflix's Second...
The docks have been left deserted. The wealth has dried up. Wearside has become an impoverished place [ ... ]
football
How Chief Creator Silva Became New Face Of Premier League
Football has been cast into uncertainty by the coronavirus pandemic. As it stands, nobody is sure if [ ... ]
football
Lookback:Chelsea 6-0 Arsenal When Arsene's 1000th Game Went...
It was supposed to be an occasion to celebrate for Arsene Wenger, but his 1000th game in charge of Arsenal [ ... ]
This website uses cookies
Cookies help us and our partners provide statistics. By browsing this website, you consent to the use of cookies in accordance with our Privacy Policy and Cookies Policy.
Accept & Close