Wales head into their crunch clash with Turkey with their Euro 2020 dreams hanging on a knife-edge. A win would elevate Robert Page’s men onto four points from two games, a situation that usually guarantees progression to the knockout stage ahead of the third round of games.

On the flip side, anything less would leave them in the unenviable position of needing a victory over an Italy outfit which confidently dispatched the Turks on the opening night of the tournament. It really is make or break for the Dragons, with a win in Baku required if they are to stand any chance of repeating the heroics that saw them make it to the semi-finals of Euro 2016.

The Baku Olympic Stadium will effectively be a home venue for Turkey, with the vast majority of the 30,000 expected in attendance supporting Şenol Güneş’ men.

Gareth Bale scored three crucial goals in that historic run five years ago as Wales beat Slovakia and Russia in the group stage before seeing off Northern Ireland and Belgium in the knockouts, and he believes that his teammates have to focus on silencing the hostile crowd.

“When you come into an away stadium you know you're going to get abuse,” the Tottenham Hotspur loanee said. “It's normal. You enjoy it and feed off the atmosphere. It gives you extra motivation, if we needed any more. It's the atmosphere we enjoy the most and that's what makes football so good.” 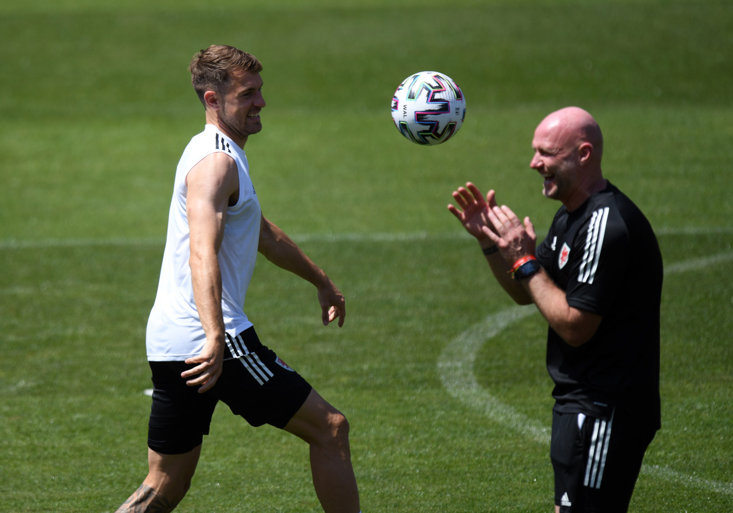 Page will be sure to have his players motivated, with the 3-0 loss to Italy to kick-off the tournament in no way a true reflection of what is a very talented Turkey squad.

Defenders Caglar Soyuncu, Merih Demiral, Ozan Kabak and Zeki Celik all have experience of representing their clubs in Europe, while Hakan Calhanoglu, Burak Yilmaz and Cengiz Ünder are capable of the sublime on their day.

Wales’ best chance of success in Azerbaijan will be in frustrating the above attacking talents, while relying on their own stars in Bale, Aaron Ramsey and Daniel James to come up with the goods when required.

In Kieffer Moore, they possess a striker who will be flying high with confidence following his header which salvaged a point against Switzerland in their opener.

Wednesday’s meeting may come down to which nation’s superstars can produce when it matters most, and with Bale netting six goals in as many games to end the domestic league season, they’ll be hoping the four-time Champions League winner can conjure up another moment of magic to see his country through to the knockout stage.

It wouldn’t be the first time the Madrid man has produced something special, although anything shy of three points for this tight-knit Welsh outfit would leave them heading to Rome with a mountain to climb. This one is win or bust.